7 People Who Prove Their Abilities

Every time I write about people who belie the term "disabled" by doing the exact thing they are not supposed to be able to do, I am delighted to run across more stories that prove that point. There is no limit to what an ambitious hardworking person can do, even when they have more than the average number of drawbacks to overcome.

Hirotada Ototake was born in Japan with no arms and no legs. Still, he played basketball in middle school and was the manager of his high school football team. In college, he bumped up against access barriers to the disabled and became an advocate for accommodation, which Japan has only recently began to confront. Ototake wrote a book in 1998 about his experiences called No One's Perfect, which became a bestseller in Japan and is now available in English. The book led to a career as a sportswriter, and in 2007 he took another job as a teacher at a Tokyo elementary school. This past May, Ototake captured the world's attention when he threw out the first pitch at a professional baseball game, which he dedicated to the people of Tohoku who were recovering from the earthquake and tsunami a couple of months earlier. Simona Aztori is an Italian painter and a dancer. She was born in 1974 without arms, and uses her feet for both professions. She began to paint at age four, and to dance at age 6. After graduating from the University of Western Ontario in 2001, she has taken on many dance tours all over the world, including a performance at the opening ceremonies of the 2006 Paralympic Games in Turin, Italy. Aztori also gives motivational speeches and is active with the Association of Mouth and Foot Painting Artists of the World. You can watch her perform in this video. Image by Flickr user DELFOSUB.

Jay Forry's website is called Blindside Reviews. He is a professional film critic, the only one in the US who is blind. Forry lost his eyesight to diabetes when he was 28 years old. A former steelworker, he went to school to retrain as a social worker. A friend suggested he write for the student newspaper, and Forry jokingly suggested he'd write movie reviews. He did just that, and his humor made the reviews so popular that he went on to discuss movies on radio. Now he has a syndicated radio show and newspaper column. His reviews rate movies from "A So good, blind people like it." to "F Blindness was a blessing." 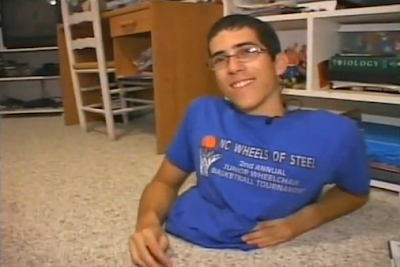 Doug Forbis was born in 1986 with a condition called sacral agenesis, which means part of his spinal cord did not develop. His non-functioning legs and part of his spine were amputated when he was one year old. Forbis uses a wheelchair, but can also walk on his hands. He's an athlete who competed in swimming and basketball in high school and college. Forbis attained a degree in teaching this year, and plans to teach children with special needs -including teaching physical education. You can see a video report on Forbis at YouTube. 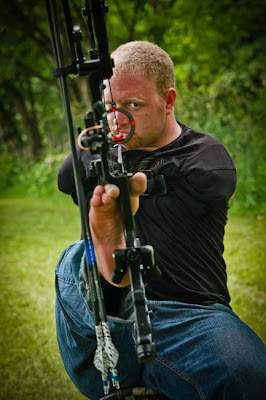 Matt Stutzman is known as the Armless Archer. He was born in 1982 with no arms, but was otherwise healthy and learned to use his feet for everything. Stutzman never considered himself disabled and was frustrated with officials and school authorities who treated him as such. It took two years of work for him to be allowed to get a driver's license! Stutzman is a member of the Para United States Archery Team and his goal is to compete at the 2012 Paralympic Games in London. He competes in at least one major competition a month, mostly competing against archers with arms, and is gathering sponsors for his Paralympic run. 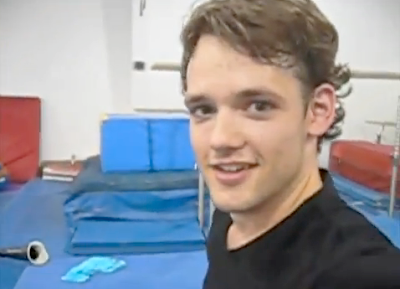 Adam Starr began gymnastics training when he was three years old. Starr was an all-around athlete as a star on his high school diving and track teams in addition to tumbling. Then in 2009, when he was a freshman in college, his right leg was amputated due to cancer. Starr underwent a second amputation to stop the aggressive cancer, and then chemotherapy, physical therapy, and was fitted with a prosthetic leg. He also kept up his studies as a premed student. Two years after the cancer treatment, Starr announced to the reddit community that he had returned to the gym to see if he still had his gymnastic moves. He was pleasantly surprised to find he can still do back flips. 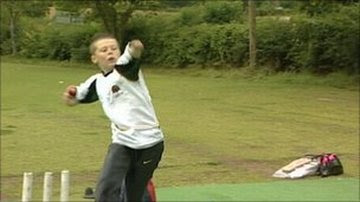 Eleven-year-old Kearan Tongue-Gibbs of Redditch, Worcestershire, England, was born without hands or forearms. He uses his upper arms to play cricket! Tongue-Gibbs has been noticed by the England and Wales Cricket Board. He is a spin bowler, which is somewhat analogous to a baseball pitcher throwing a spinning curve ball. Volunteers from a local agency installed a practice field in Tongue-Gibbs backyard, and trains with other disabled cricketeers in Birmingham. The local cricket clubs are keeping an eye on the youngster.