Not Your Parents' Action Figures

Action figures began with Habro's introduction of G.I. Joe in 1964. Since then, they've become associated with the marketing of TV, film, and comic book characters. But those are just the ones you see all the time. If you look, you'll find just about anyone available as an action figure, which can spur imaginative play, fill out your collection, or give you bragging rights when your friends see them.

The tech world is talking about the new Steve Jobs action figure from Inicons that is eerily realistic. It comes with a ton of accessories, but no iPhone or iPad. Take a look at all the different poses the figure lends itself to. See more pictures here. It should be available in late February for $99.

About a year ago, Herobuilders saw the writing on the wall and introduced a line of action figures based on TV commercials. Here you see Mayhem from Allstate Insurance, Dos Equis’ Most Interesting Man in the World, and the Old Spice Guy. All of them talk, too, giving you the lines and catchphrases from their ad campaigns. 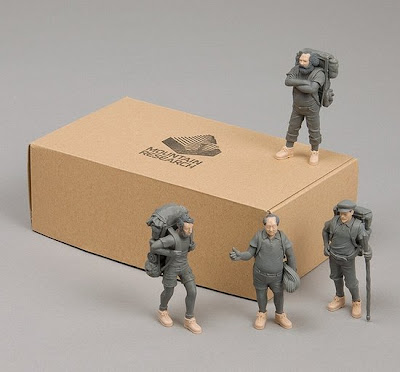 Action figures of Karl Marx, Henry David Thoreau, Mao Zedong, and Lenin were put together in a set called Mountain Men by Mountain Research, sold by Couverture and the Garbstore. Just imagine what scenes you could play out with these -maybe a discussion on dialectical materialism? Unfortunately, this limited edition sold out quickly. 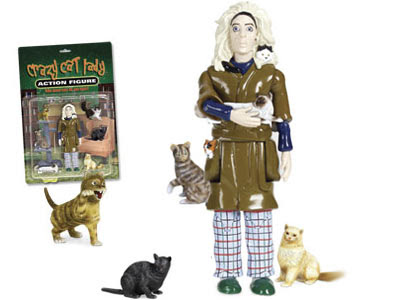 Not exactly heroic or epic, the Crazy Cat Lady is an icon that many can relate to. Imagine the wonderful adventures you can have with her and the six cats that come as accessories!

I wanted this set of Brontë Sisters action figures, but alas, they were built specifically for this parody video, which was produced in 1998. However, you can get a Jane Austen action figure! 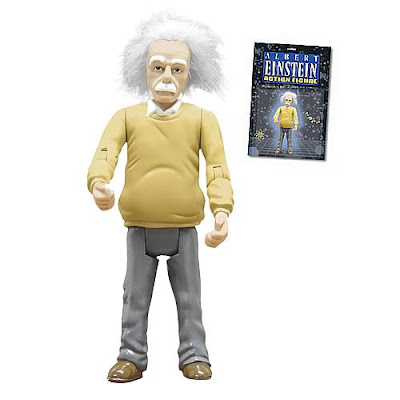 The mental_floss mascot, Albert Einstein, is also an action figure. It serves as an inspiration for those who appreciate the power of the brain. And who don't care about the perfect head of hair. The same vendor has action figures of Sigmund Freud, William Shakespeare, and Oscar Wilde in stock for $8. Or for $40, you can get a version of Albert Einstein that talks (even if he does look more like Mark Twain)! 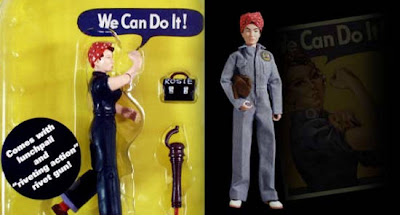 She was an advertising icon, encouraging the home folks to get behind the war effort during World War II. Now she's an action figure! Actually, I found two versions. The figure on the left was sold by many vendors but has been discontinued. However, you can still find her here and there. There's also the version on the right from Eleanor's Girls that looks more like the kind of figure you actually play with. Check out the other Women of World War II figures on the same page. 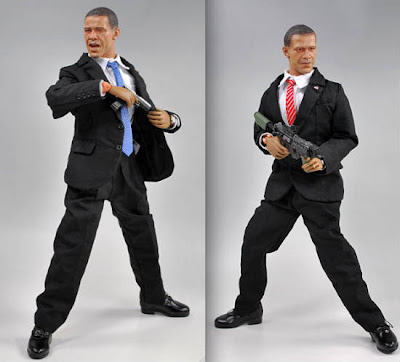 We first saw this awesome Barack Obama action figure in a series of poses on a Japanese website. It appears that it is still available through DID Corp. in China for $80. 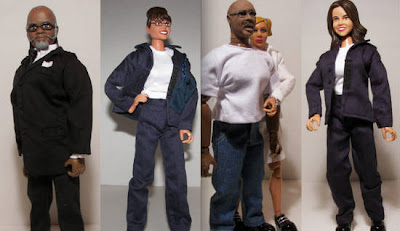 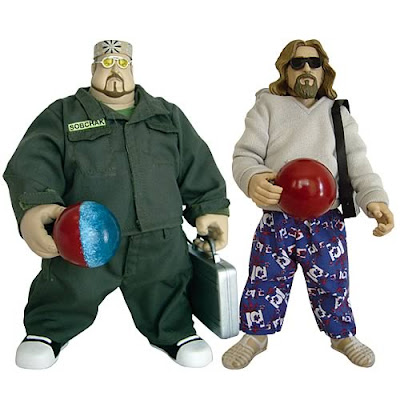 Movie characters don't have to be superheroes or science fiction characters to become action figures. They don't even have to be particularly active. If you relate more to The Dude or Walter or or Jesus or Donnie from The Big Lebowski, your action figures are waiting. 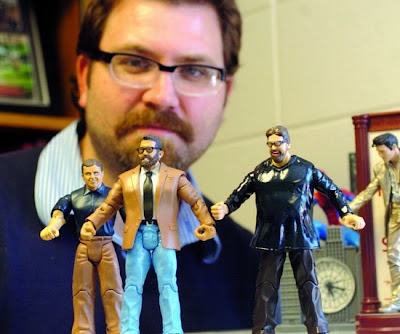 Dr. Jesse Weiss, a professor at the University of the Ozarks in Clarksville, Arkansas, makes action figures of his friends and colleagues! He uses customizable action figure base units from a manufacturer that no longer supplies them, and sculpts the head and face to resemble the people around him. Weiss says:

“All it takes is a dremel tool, model paint, and Sculpey modeling compound for the hair, beards, glasses – and time.”

Weiss says he has plenty of spare parts to continue with his hobby. Image by Kaia Larsen/Times Record. I'm not a really a superhero, I just play one on the internet. I was surprised to receive my own action figure as a promotional tool for a TV series. I still haven't taken it out of the box -not because I think it will be valuable someday, but because I know how my kids are with toys.

You, too, can be your own action figure. Be A Doll makes custom action figures. Send in some good pictures or video, and money, and they'll make an action figure of you or someone you want to surprise! Don't worry, everyone gets a "slim, youthful body," but the face will be you.

As a matter of fact, these could be your parents' action figures - if they chose to collect them, or if you were to give them as a gift!