9 People Who Rose to the Challenge

People with disabilities have the same aspirations as anyone, whether they came up with a dream before or after they became disabled. And, like those in the general population, there are a few who will do whatever it takes to make their dream come true, or to live their lives the way they want. Here are nine more stories of folks who did just that.

Australian athlete Kurt Fearnley was born without the lower portion of his spinal cord. He has legs, with feeling and some movement, but they do not support his weight. So Fearnley has always used a wheelchair. What is amazing is how he uses it. He started wheelchair sports as a teenager, and represented Australia in the Paralympic games in 2000, winning two silver medals, in 2004, winning two gold medals, and in Beijing in 2008, earning one gold, two silver, and a bronze medal. And Fearnley's races get longer. He is now a marathon man, participating in and winning the wheelchair divisions of marathons all over the world, including the New York and Chicago marathons several times. Fearnley participated in the Boston Marathon yesterday, finishing second. Canadian Joshua Cassidy, the wheelchair athlete who beat him, set a new world record!

You may or may not be aware that pole dancing has become a competitive sport separate from the traditional entertainment offered at strip clubs. The International Pole Championship was held in Hong Kong last month, and Deborah Roach won the title in the disabled division. The Australian dancer has no left arm, but can maneuver and balance just fine with her right. Roach only took up pole dancing in 2006. By 2009, she was able to quit her day job to dedicate herself to dancing and she also became a personal trainer. 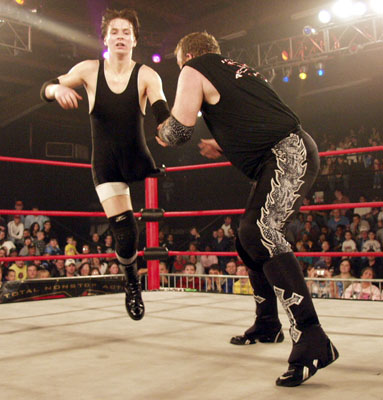 Zach Gowan's left leg was amputated due to cancer when he was only eight years old. He became a professional wrestler, under the stage name Tenacious Z. Gowan signed a contract with the WWE (World Wrestling Entertainment) in 2002 when he was only 19. In his WWE debut, he jumped out of the audience to defend his favorite wrestler and had to be physically subdued. Rowdy Roddy Piper tried to extract Gowan from the ring and pulled his prosthetic leg off, stunning the crowd. Soon, Gowan was cast as a regular wrestler, but how "regular" was it that he was the only one-legged wrestler in the history of the organization? Gowan, fully aware that he was hired as a gimmick, was fired by the WWE after about a year. He wrestled with independent associations for some time, but the inflated ego, injuries, and drug use that came with fame left their mark. Gowan finally kicked his drug habit for good in 2010. He now works as a motivational speaker and a stunt man, and still wrestles occasionally. 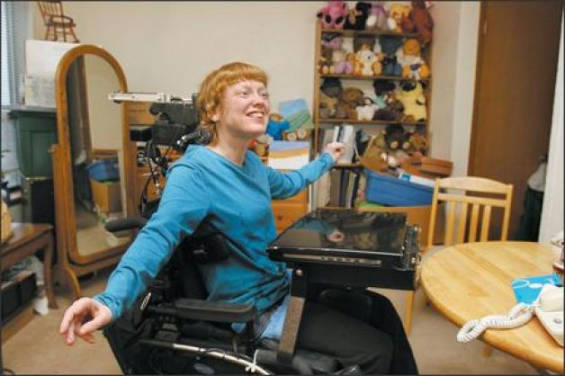 Dr. Kristin Rytter has cerebral palsy. The condition affects people in different degrees. In Rytter's case, she can neither speak nor use her hands and feet, yet she earned her PhD in 2007. Rytter developed her own way of communicating as she grew up, a sort of "eye code" that her father understood. Her mother labeled all the objects in the house to help her learn to read words. As an adult, she stills uses the eye code with her family and staff members who understand it, but communicates with everyone else via computer. It took Rytter 17 years to complete her dissertation, which she wrote by tapping out letters in Morse code with her head. Her subject was one in which she has a particular insight -the struggle for communication in disabled children. Rytter then wrote her autobiography, People who Raised Me Beyond, published in 2009. 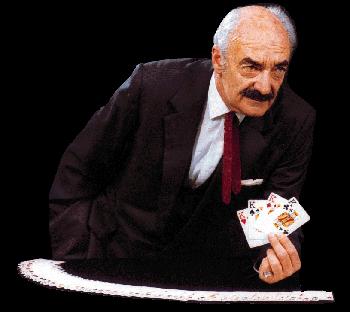 René Lavand is a magician from Argentina who specializes in close-up magic and card tricks. He was born in 1928, and lost his right hand in an accident at age nine. Lavand studied magic for years, and had to develop his own unique procedures because all the literature he found assumed a magician had two hands. Lavand turned pro at age 32 and has performed all around the world. He now teaches the art of illusion to others when he is in his hometown of Tandil, Argentina. 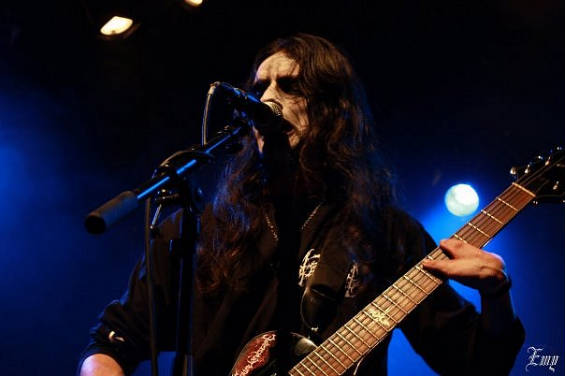 Nocturnal Depression is a French metal band. Guitarist and singer Cédric Grégoire (stage name Lord Lokhraed) was born with ectrodactyly, or lobster-claw syndrome, on his left hand, which he uses to fret the guitar. If there is any biographical information on him on the internet, I haven't yet found it. 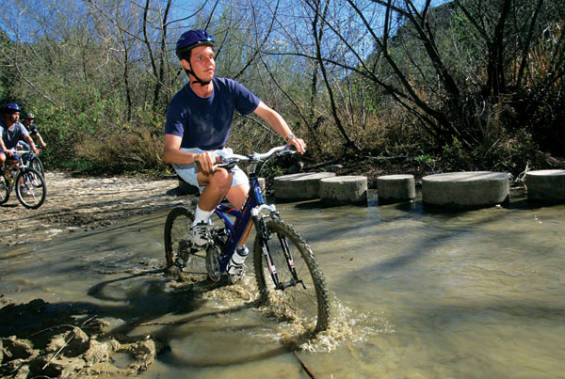 Daniel Kish is the founder and president of the organization World Access for the Blind. He is a a Perceptual Mobility Specialist, who teaches other blind people to maximize their resources to navigate through the world. Kish himself navigates by echolocation, a method of determining the shape, size, and distance of obstacles by analyzing sounds that bounce off them. His eyes were removed due to cancer when he was 13 months old, so he learned echolocation on his own as a child. Now Kish teaches the technique to others. In his spare time, Kish uses echolocation to see the way as he walks, hikes, and bikes without the aid of a sighted companion. Yes, Kish is an avid biker, using echolocation to see traffic and off-road obstacles. Photograph from World Access for the Blind. Jaco van Gass grew up in South Africa, but moved to England to join the military. In March of 2009, as he was wrapping up his tour in Afghanistan, a rocket grenade exploded, blowing his left arm off. Gass turned to extreme sports with the organization Walking with the Wounded to draw attention to the needs of injured veterans and to raise money for their rehabilitation. Photograph from Flickr user Walking with the Wounded. 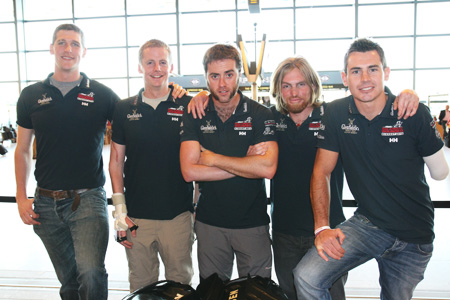 Last year, he went on a walking expedition to the North Pole. Now he and four other veterans are getting ready to scale Mt. Everest. For this trip, Gass designed a prosthetic ice axe that he can attach to his existing upper left arm and use as a tool to scale the mountain. It will help to free up his right hand during the expedition. And it has a heater installed in it! You can follow the progress of the Everest expedition at the team blog. 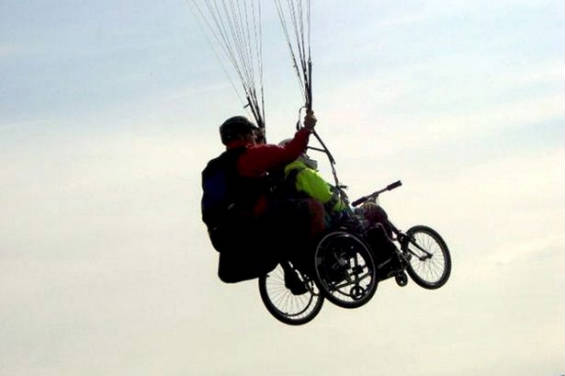 Barry West of Uckfield, East Sussex, England was a boxer and a rugby player before a traffic accident left him a quadriplegic in 1996. After that, he became interested in extreme sports. It took a few years for West to recover as much as he could from a broken neck, after which he was confined to a wheelchair. But he spoke to another quadriplegic five years ago who had gone skydiving, and was inspired to do the same. West depends on the help of friends to go kayaking, paragliding, mountain-climbing, skiing, and scuba diving, but he qualified as a scuba instructor on his own. He also paints by holding a brush in his mouth. West will be a torchbearer when the Olympic flame passes through East Sussex on July 18th. See a video of West telling his story.