The beginning of Hanukkah is only a couple days from now -do you know where your chanukiyah, the nine-branch menorah, is? Using the Hanukkah menorah your grandparents used may be a family tradition, but do-it-yourself, arty, or high-tech menorahs have the same symbolism. Here are a few interesting ones found around the internet.

Evil Mad Scientist Laboratories posted their first LED Menorah project back in 2006. A microcontroller keeps the LEDs in order, so that each time you turn it on, the correct configuration of lights of that day of Hanukkah are displayed -as long as you start on the right date. So many people were interested that they started making kits for sale, which have been improved and updated over the years. But if you want to provide your own parts, the code is open source and available through the Evil Mad Scientist Wiki. 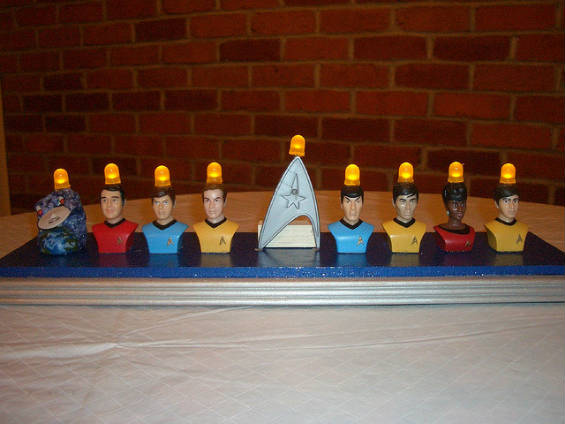 Once you have the parts and the instructions, your own imagination can make your homemade menorah special and even reflect your personal interests. Joyce and Kaufman made this Star Trek menorah with the above-mentioned LED kit and character heads from PEZ dispensers. 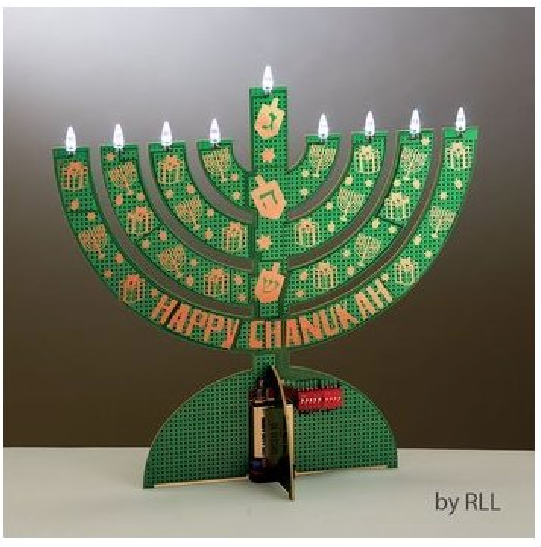 If you like the LED idea but don't want to make your own, this LED menorah from Zion Judaica also lights sequentially and runs on batteries. Environmentally-friendly, too, as it's constructed of recycled circuit board! And since it is sold through Amazon, they have instructions on how to get it shipped by December 25th. Heh.

It is possible to light a menorah with your mind instead of your hands. Or, more accurately, a remote control guiding a robot you made yourself. YouTube member NoviceSMML built this machine using a LEGO Mindstorm NXT system. Warning: chipmunk music. 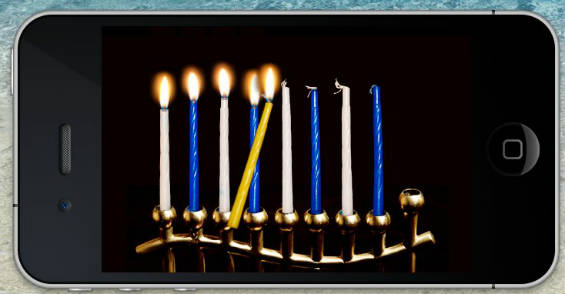 For those who are traveling or just want an extra menorah with you at all times, there's the app iMenorah, available for iPhone or iPad, by Mike Jutan. It automatically keeps track of the correct number of candles, but you light them yourself with a touch of a finger. The candles "melt down" onscreen in 30 minutes. 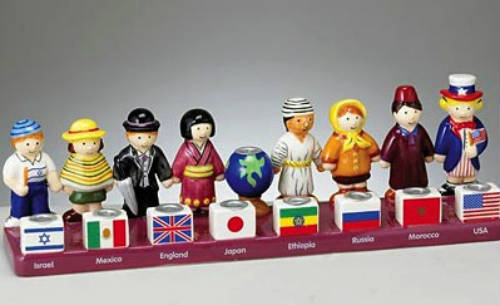 The Jewish Museum has quite a selection of traditional and modern menorahs. In the children's section, I particularly like this menorah featuring children in various national costumes. There's also a pink princess castle menorah, a firetruck menorah, and several versions of Noah's ark menorahs. 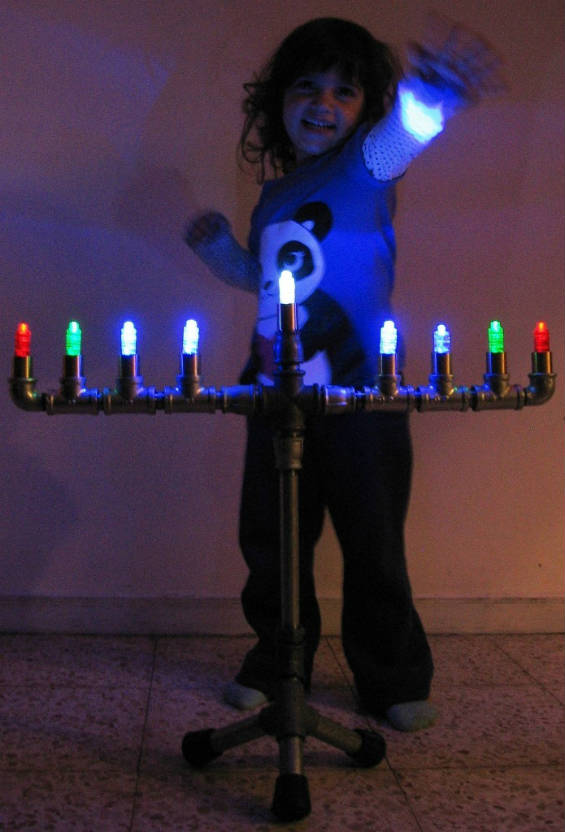 You can construct a menorah out of just about anything, as long as it has nine places to set a candle or electric light and a stable base. Avi Solomon made his from pieces of plumbing pipe, including plenty of galvanized elbows and connectors. His has LED lights, easily wired through the pipe, although this design would work with candles as well. Solomon posted pictures of the build at his site. 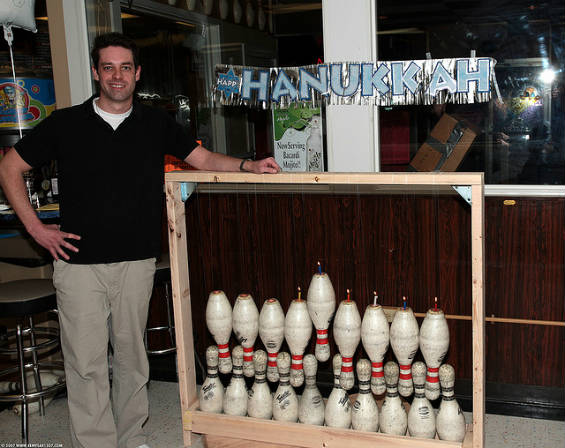 Yes, just about anything -including old bowling pins. This menorah was created for the Chabad Hanukkah Bowling Party 2007. Photograph by Flickr user Templar1307.

Eyal Cohen, Tomer Wassermann, Matan Orian, and Dvir Dukhan of the Israel Institute of Technology (known as Technion) built a Rube Goldberg contraption that lights a Hanukkah menorah! There's also a video about the making of the machine. 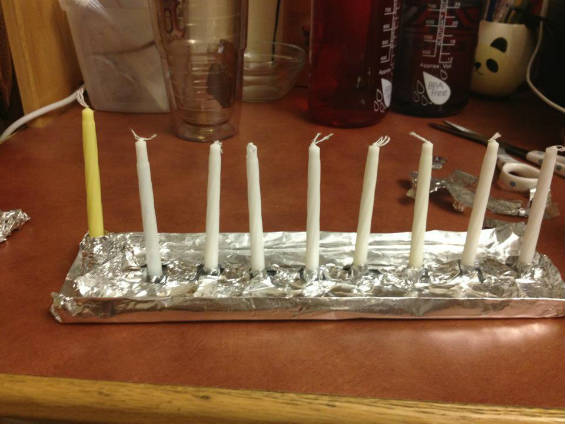 Still, if you are celebrating Hanukkah away from family for the first time and don't have your own menorah, any combination of nine candles (or other lights) will work. Redditor abrussels posted this one ready to be used in a college dormitory. Happy Hanukkah!