The 10 Most Interesting Comics of June

Each month, we round up the most interesting comics, graphic novels, web and digital comics that we recommend you check out.

This new series revives the title of the longtime second string Spider-man title which hasn’t been used with the “Peter Parker” prefix since 1998. While the flagship Amazing Spider-man comic has taken Peter Parker to some interesting new places in recent years, most recently as the CEO of his own technology company, some fans feel this globe-trotting Spidey lacks the “old Parker luck” (or lack thereof) that everyone likes to remember. This new companion series aims for a “back to the basics” appeal with stories set in NYC but still within the current continuity. Chip Zdarsky is a brilliant if slightly idiosyncratic choice of writer for one of Marvel’s most visible heroes. As one half of the team behind Image Comics’ raunchy hit series Sex Criminals, he tends toward absurd comedy and will assuredly tap into the sense of humor that Spidey needs, but he’s also shown a great knack for sincerity and sheer likability in comics like Jughead that make it seem like he’ll get Peter Parker pretty well. He’s joined by veteran artist Adam Kubert, who’s by no means a newcomer to drawing Spider-man.

2. THE ADVENTURES OF JOHN BLAKE: MYSTERY OF THE GHOST SHIP

Phillip Pullman, the famed author of the His Dark Materials trilogy of all ages fantasy novels, is making a big comeback this year with a highly anticipated new novel, The Book of Dust, out this October. For those that can’t wait that long, there is also his first graphic novel which is the opening of a proposed series called The Adventures of John Blake. The titular hero is an enigmatic teenage boy on a time-traveling 18th century galleon manned by a crew plucked from various points in history. They rescue a young girl in modern day Australia who has fallen overboard her parents’ yacht and they risk a run-in with the evil Dahlberg Corporation to get her home. Pullman owes much to the classic boys adventures of Treasure Island and classic Eurocomics like Tin Tin, but Fordham’s realistic, modern artwork calls to mind the sophisticated European adventure comics of today.

The trick with creating good memoir comics is being willing to shed the natural inclination toward self-preservation that prevents true honesty about your own life. Keiler Roberts seems to have no problem with this. Sunburning is a collection of comic vignettes about her home life and her personal struggles with motherhood, being an artist, and dealing with mental and physical illness. Her depictions of her struggles with bipolar disorder as well as her brutally and hilariously honest exchanges with her daughter, her husband, and her parents are just about the most direct and real scenes you’ll read in comics this year. She is not afraid to show herself as being crass or even mean at times, but just as often she is refreshing, down-to-earth and funny.

Today’s DC is all about reconnecting its characters to the great multiversal tapestry of their pasts, which had been mostly rewritten in the 2011 “New 52” reboot. In some ways, this one-shot sets up the latest multi-comic summer event—leading toward August’s Dark Nights: Metal—but it is also a continuation of much of what has come before including clues planted in last year’s DC: Rebirth one-shot and Scott Snyder and Greg Capullo’s recent run on Batman. That means this is primarily designed for DC fans that have been paying acute attention over the years and not so much for the casual comic reader. If you’re any sort of DC fan, though, this is a gripping introduction to a big story involving Batman being ultra-secretive about some universe-shattering mystery, which is always fun. Some familiar faces who haven’t been around much in recent years like Hawkman and Mister Miracle make some enticing cameos here.

Jen Lee is best known for her groundbreaking semi-animated webcomic Thunderpaw but has managed to translate that appeal into non-animated print. Her 2015 one-issue Vacancy, released through Nobrow’s 17x23 imprint, was set in the same post-apocalyptic world of Thunderpaw, populated by teenage, talking animals, and now Garbage Night, her first graphic novel, expands that story into a 72-page hardcover. It follows the same trio—Simon, a dog, Cliff, a raccoon, and Reynard, a deer—and this time they’re befriended by another dog named Barnaby as they scavenge for food in this world suddenly devoid of humans. Lee’s strong sense of design and color makes her a great choice for Nobrow who publish many of the industry’s best looking graphic novels.

Anyone who has worked from home for an extensive length of time will see themselves in Hong’s depiction of his own struggle to create a better working environment so that he can meet his deadlines. This hefty, nearly 600-page memoir of the time he and his wife moved out of the noisy hubbub of Seoul to the quiet isolation of the South Korean countryside is unassuming, funny, heartwarming—and, at times, stressful. Hong and his wife, also an artist, escaped the city to find a quiet place to live and work but also find that rural life invites many distractions of its own. This is the first time this Korean “manhwa” will be released in the States and is translated by American cartoonist Hellen Jo.

Next month will see the release of Luc Besson’s new film Valerian and the City of a Thousand Planets, a sci-fi adventure that looks stylistically similar to his classic 1997 film The Fifth Element. That’s because Valerian is based on a French comic series (typically called Valerian & Laureline) that many American readers may not be aware of but that is a noted influence on many science fiction films like The Fifth Element and even Star Wars. It’s a space opera drawn in a humorous, cartoony style about two Earth teens serving in the Spatio-Temporal Service in the 28th century. Valerian is the square-jawed but occasionally clueless hero while Laureline starts out as simply the sidekick but over time grows to be the smarter, more capable member of the duo. These adventures began being serialized in 1967 in the French comics magazine Pilote and ran until 2010 with stories collected into various graphic albums over time. Cinebook will be publishing multiple volumes that will include some material that has never been translated before as well as a long joint interview with the creators and Besson.

Umber’s wordless, painted comic is part nature documentary, part hand-painted poetry, showing a family of great horned owls living in their natural habitat. We see the entire birth cycle of a nest of babies and a mother fiercely and lovingly protecting and nurturing them. Their nocturnal activity is depicted in scenes of murky and minimal color that force you to squint at times to make out the action. Umber, a co-founder of the boutique art-comic publisher 2D Cloud, blends her love of educational science and artistic expression with this quiet, beautiful and captivating little comic.

Book 2 of Larson and Mock’s high seas adventure picks up where the first volume left off, after twins Alex and Cleo were reunited with their long lost father. Now, after learning some startling truths about their parents, they’re off again to find a family treasure before their nemesis, the infamous pirate Felix Worley, beats them to it. Knife’s Edge is just as much of a rollicking page-turner as its predecessor, Compass South. Mock’s artwork is colorful and fluid and even reminiscent of the work of her co-creator Larson, an award-winning artist in her own right.

If you want to read comics from fresh, diverse, up and coming comic creators, you could do worse than follow writer Zainab Akhtar, who is not only one of the most thoughtful writers about comics but she also has great taste in comic art and an eye for new talent. Every three months, Akhtar curates a “box” of comics that she commissions from interesting new creators and sells a limited edition set of them on her website for only a 10-day period. You can pre-order her fifth set until June 30; it contains comics from a diverse array of cartoonists such as Freddy Carrasco, Nicole Miles, Rosemary, Valero-O’Connell, Jeremy Sorese, Areeba Siddique, and Afu Chan. 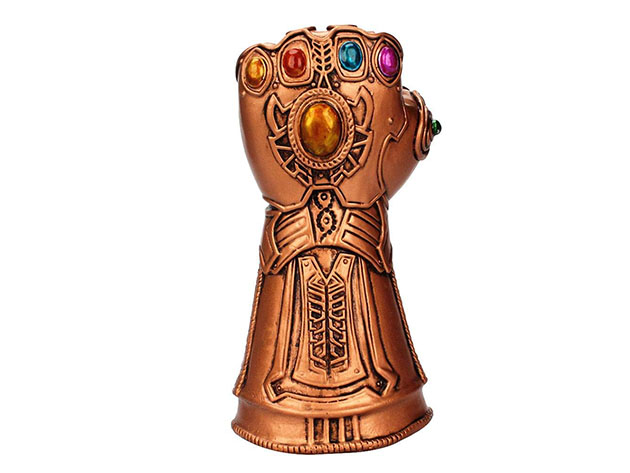