After almost a year of delays, director Denis Villeneuve’s film adaptation of Frank Herbert’s sci-fi novel Dune is finally set to be released on October 22. And if you want a behind-the-scenes look at the highly anticipated blockbuster, this new companion book will give you access to details about the production, art, cast, and more.

Written by the executive producer of the film, Tanya Lapointe, The Art and Soul of Dune details how Villeneuve and his production team brought the alien worlds of Caladan and Arrakis to life. From the locations used for filming to the intricate costumes designs and the digital effects for the sandworms, no detail is spared. You’ll also get to read exclusive interviews with the actors in the movie, including Timothée Chalamet (who plays Paul Atreides), Oscar Isaac (Duke Leto Atreides), and the director himself, along with many more. 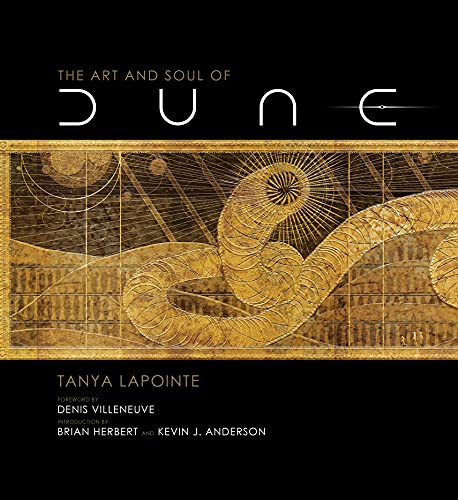 Pre-order it on Amazon

The book also includes a foreword by the director and an introduction by Brian Herbert, the son of the original novel's author, along with his writing partner, Kevin J. Anderson, who have both continued the book saga with multiple prequels and sequels.

The Art and Soul of Dune is available for pre-order through Amazon, and it's set to be released the same day as the film, which will premiere both in theaters and on HBO Max on October 22. While you’re waiting, you can also scoop up a copy of the original 1965 novel (it's definitely long enough to hold you over) or the strategy board game before the premiere.