Over the course of its nine-season run, NBC’s comedy classic The Office created plenty of memorable moments, from Michael Scott accidentally grilling his foot and ending up on crutches to Kevin's ill-fated pot of chili. Now, Funko—known for its vinyl Pop! figures—is giving Dunder Mifflin fans a new reason to get jazzed up, thanks to this line of six figurines inspired by the show, which are available for pre-order.

This lineup showcases some of the sitcom's most iconic scenes, like when Dwight put a Jack-o-lantern on his head in season nine, plus the aforementioned one with Michael's foot. You can also get a sweet figurine of Pam holding a green teapot, which fans will surely remember as the one Jim tries to give her for Secret Santa (before it turns into a game of Yankee Swap). 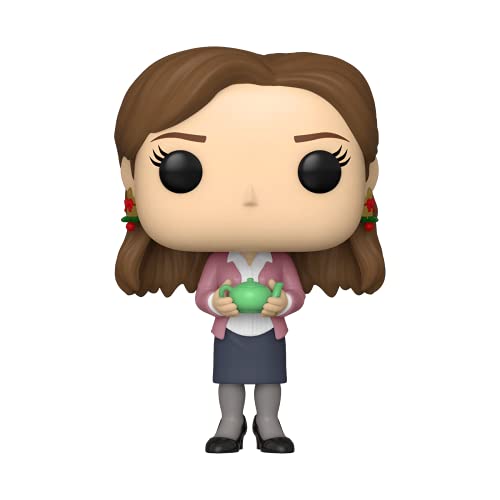 Pre-order it on Amazon

You can also get a figure of Erin holding a champagne bottle and “happy box” from the episode where she tries to help Michael prepare for either happy or sad news. Oscar’s Pop! shows him holding a terrifying scarecrow doll, which Michael gives him as a gift in season seven.

These new Funkos from The Office are now available for pre-order and should arrive at your doorstep as early as November 2021.