It should be no surprise that a continent with extremely high mountains, extensive waterways, and dense rainforests filled with undiscovered species would have many legends of monsters. This is just a brief overview of some of South America's monsters. These legends are often known in more than one nation, with different names for the monsters.

The Yacumama is an ancient sea monster that lives in the Amazon River. It's a giant snake with a horned head, sometimes described as up to 160 feet long! The Yacumama engorges itself with water that it uses to spray and stun its prey. In modern times, anacondas in the Amazon rainforest have been described as up to 62 feet long, so there may very well be a real-live version of the Yacumama lurking in the wild. However, anyone encountering such an animal is not liable to stay around long enough to accurately measure it. 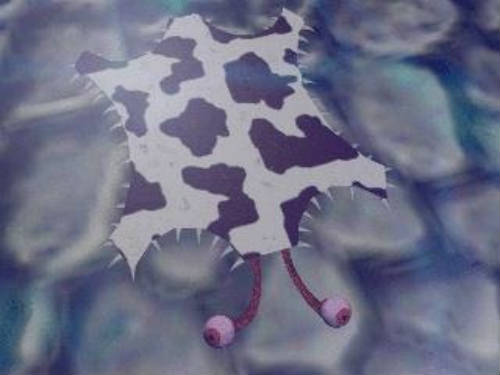 El Cuero means "cow hide." The Chilean monster of that name lives in Lake Lacar in the Andes, and resembles a splayed hide with a hairless head and backbone. The legend may have arisen from sightings of freshwater stingrays, although El Cuero is larger and has eyes on stalks, as well as claws. It also has a mouth protruding from its midsection through which it sucks blood from its victims. In the Amazon region, a similar monster is called the Hueke Hueke, which is also described as a splayed hide, without the blood-sucking proboscis.

El Hombre Caiman (the Alligator Man) haunts the coast of Colombia. According to legend, he was a human in love with a woman whose father, a rice merchant, did not approve. El Hombre ate rice in a restaurant and saw his love swimming in the sea, and left to join her. He repeated this habit day after day, until he became an alligator and the two swam away forever. Better finish all your rice, or El Hombre Caiman may come for your wife! The Encantado (also known as the Mohana) is a dolphin, but one with evil powers. From Uncle John's Endlessly Engrossing Bathroom Reader:

Encantado means "enchanted one" in Portuguese and refers to a special kind of boto, or long-beaked river dolphin native to the Amazon, that can take human form. Encantados are curious about humans and are especially attracted to big, noisy festivals, which they often attend as musicians, staying in human form for years. How can you recognize one? Look under its hat: They always have bald spots that are actually disguised blowholes. Encantados are usually friendly, but they occasionally hypnotize and kidnap young women and take them back to the Encante, their underground city. Sometimes the women escape and return...pregnant with an Encantado baby.

The legend sounds like a tale told to children to warn them away from dangerous waters -- and to warn young women away from musicians with bald spots. Photograph by Flickr user Luciana Christante. 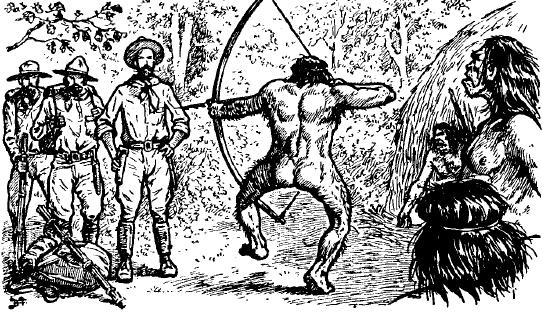 The Maricoxi is a South American ape-man, possibly analogous to Bigfoot, described by explorer Colonel Percy Fawcett (before he mysteriously disappeared) as enormous hairy savages that threatened his party with bows and arrows, but could not speak except for grunts. The Maricoxi fled when fired upon. Several types of Maricoxi have been described, ranging from dwarf-sized to 12 feet tall. 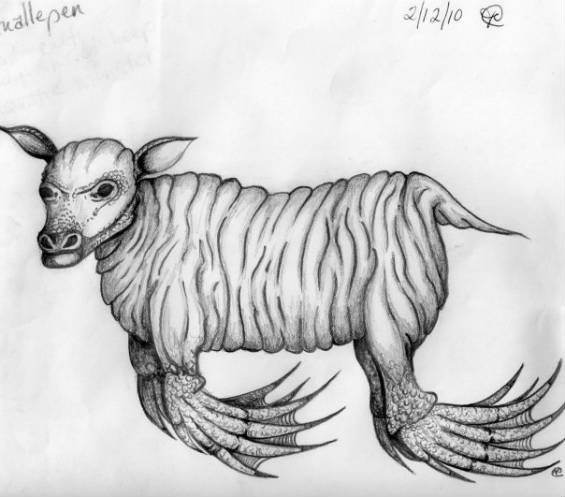 The Huallepen or Guallipen is a Chilean chimera with the head of calf, the body of a sheep, and twisted feet. The monster lives in rivers and lakes, and will mate with livestock, producing deformed offspring. Even the sight of the Huallepen can cause a pregnant woman to bear a deformed child. 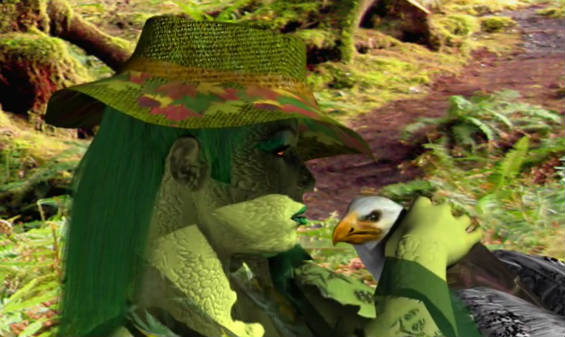 La Madremonte (Mother Mountain) is a Colombian spirit reminiscent of the Irish Banshee. This large woman with bulging, glowing eyes lives in the forest. Her clothing is made of leaves and moss. Madremonte controls the weather and causes invaders to her territory to lose their way. The closest most people get to her is to hear her screams and wails coming from the woods on a dark night. See a video of La Madremonte in Spanish.

This list would be much longer if I could read Spanish or Portuguese better. Read the entire series on Legendary Monsters.