10 Legendary Monsters of Australasia and Antarctica

You'd think that there are enough scary animals in Australia that monstrous legends wouldn't be necessary. Apparently the deadly creatures that terrorize people on a regular basis aren't scary enough. The continent also includes New Zealand, and I slid a monster of Antarctica in here as a convenience. Ningens and Bunyips and Yowies, oh my!

The Yara-ma-yha-who is an Australian vampire from Aboriginal folklore. He is a short, red, uh, man, resembling a demon. He has no teeth, which is unusual for a bloodsucking vampire. The Yara-ma-yha-who waits in a tree for a victim to stop beneath, then jumps on him and sucks blood out through the octopus-like suckers the Yara-ma-yha-who has on his hands and feet. If this demon eats someone, he will take a nap and then vomit the meal back up. Luckily, the victim may still be alive! However, if the same person is victimized in this manner too many times, he will himself become a Yara-ma-yha-who. 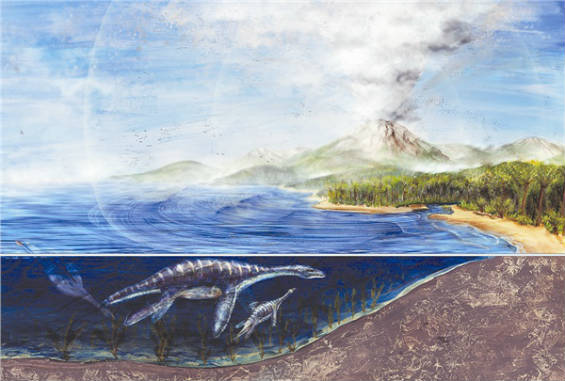 The Hawkesbury River Monster is sort of a cousin to Nessie, the Scottish Loch Ness Monster. The Hawkesbury River in New South Wales, Australia, is a very deep river, and the monster it accommodates is described as up to 24 meters long. Aboriginal paintings thousands of years old hint at sightings of the monster, which resembles a prehistoric plesiosaur. Although there are quite a few modern sightings, no one has been able to get a picture of the river monster. 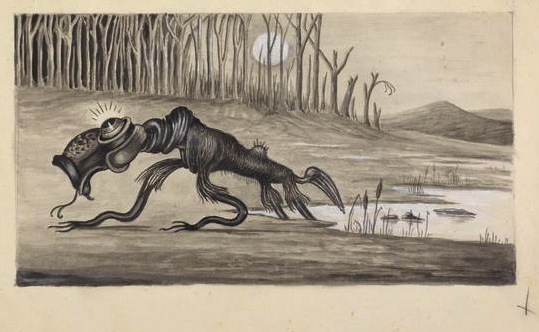 A Bunyip is a spirit monster from Australian Aborigine culture. It sleeps in rivers, swamps, and billabongs during the day, but prowls the land at night, looking for people or animals to eat. Its screams can be heard for long distances. Some Aboriginals claim to have seen a Bunyip, but descriptions vary. Does it resemble a snake, a wild human, or a furry mammal? Some theorize that while the Bunyip may be legendary, the tales have been passed down for thousands of years, from back in the days when now-extinct large predators prowled Australia. See a video of a children's song featuring the Bunyip. 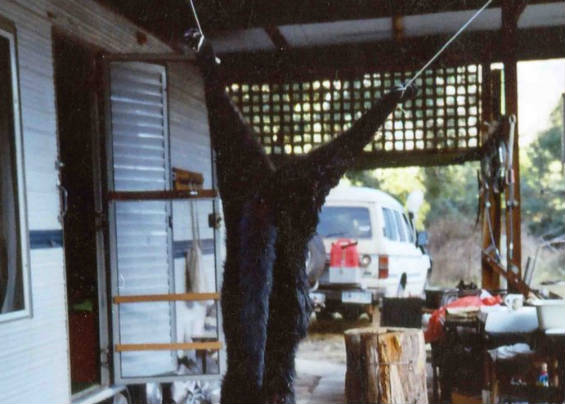 The Gippsland Phantom Cat is a large cat spotted in the Grampians region since the 1970s. The consensus among experts is that there have been sightings of large cats, probably feral descendants of house cats. U.S. soldiers stationed in Victoria during World War II had a pair of pumas as mascots, and some think the two animals may have been set free and then reproduced in the wild, possibly mating with feral house cats over the years. There is no conclusive evidence for this. In 2005, hunter Kurt Engel shot a large cat with a 26" tail. Mitochondrial DNA tests on the large feral cat show it was a common domestic cat species, at least on its mother's side. The Gippsland Phantom Cat is not to be confused with the Lion of Gripsholm Castle. 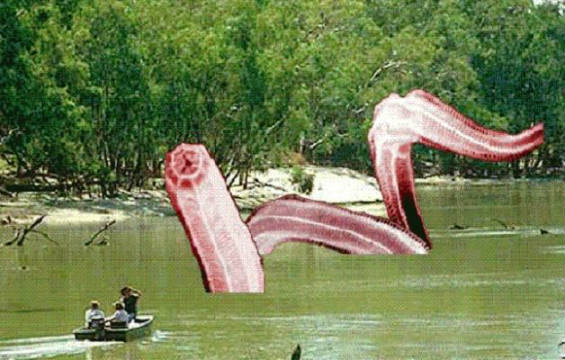 The Muldjewangk are monsters (or maybe just one monster) that inhabits the Murray River and Lake Alexandrina into which it flows in South Australia. The tales of the monster are told to keep children away from the dangerous water. One story tells of a European steamboat captain that shot a Muldjewangk, and was rewarded with a slow lingering death from creeping red blisters that covered his body. The Muldjewangk is also blamed for boat wrecks. Beware the seaweed growing in the lake -that's where the Muldjewangk hide! 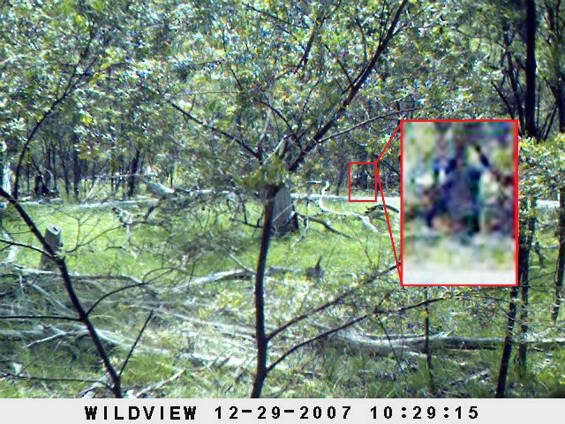 The Australian version of a giant ape (Bigfoot) is the Yowie. It is described as a bipedal gorilla who lives in wilderness areas (which means most of Australia). The term Yowie is also used for a legendary aboriginal animal which is not an ape, causing some confusion in conversations. The Aboriginal Yowie is thought to be a regional name for the Bunyip. Yowie hunter Paul Compton took the above photo near Glen Innes in 2007. 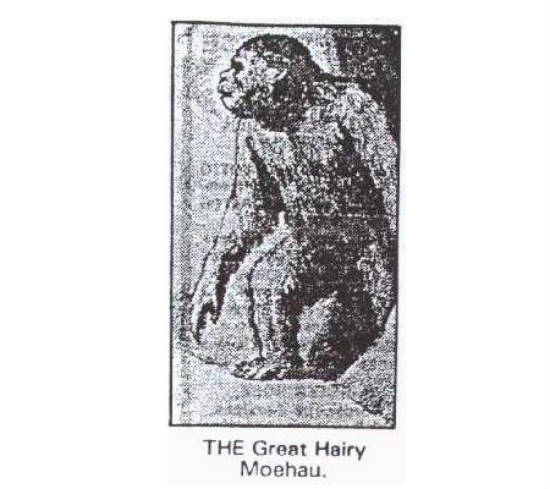 New Zealand has its own cryptid ape-man called the Moehau, although it is also called Maero, Matau, Tuuhourangi, Taongina, and Rapuwai. The large hairy creatures which haunt the Coromandel Ranges are aggressive and are thought to be responsible for the deaths of a prospector and a nearby woman in 1882. The woman had been abducted from her home and was found with a broken neck. The prospector had been partially eaten. Moehau are the size of a normal man, with an apelike face, long shaggy hair, and extremely long fingers and sharp fingernails or claws. 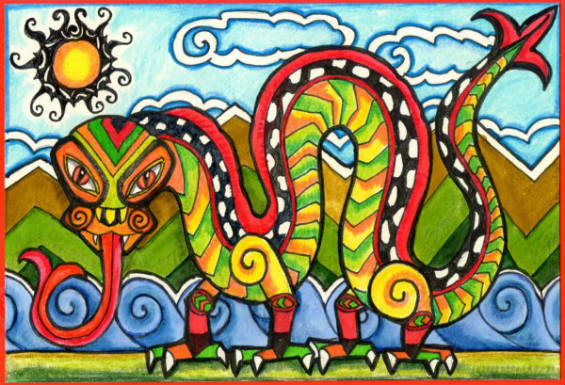 The Maori monster Taniwha lives in the ocean but also lurks in the rivers, lakes, or watery caves of New Zealand. It resembles a shark, dragon, or whale, or a shapeshifter that can appear like any of those animals. This monster eats people. In some legends, the Taniwha is a personal or tribal guardian, but still a danger to outsiders. Taniwhas are named characters in many old Maori and Polynesian stories. Illustration by DeviantART member lemurkat. 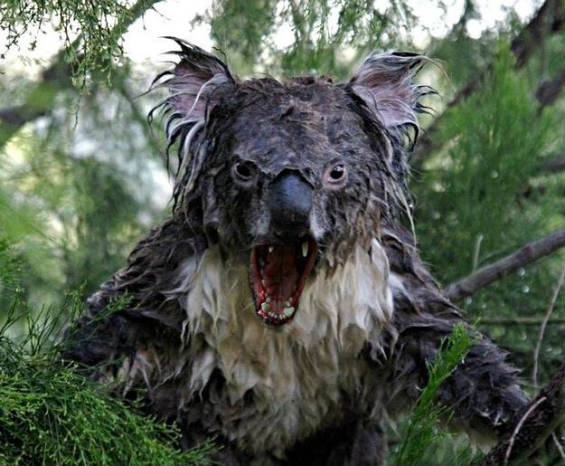 The Drop Bear is the creature that visitors to Australia are most often warned about. A marsupial native to Australia, it is a vicious carnivore that attacks its prey by hiding high in a tree and dropping onto unsuspecting tourists. Photos of a drop bear show a startling resemblance to a koala, which is how the sneaky beasts fool you into standing under their trees. Defenses against the Drop Bear include sticking a fork into your hair or smearing Vegemite behind your ears. See the Drop Bear in action in this video, or its advertising equivalent here. Photograph found at reddit. 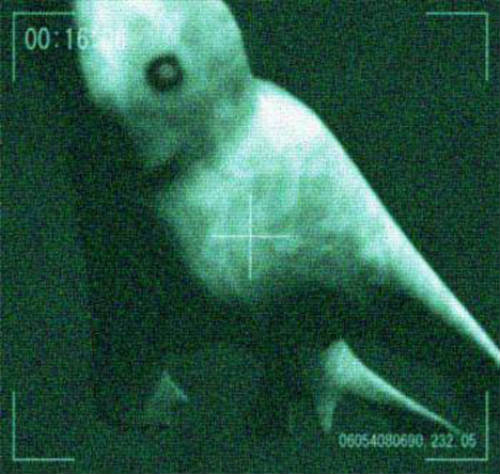 Ningen is a Japanese word meaning "human." But there's something definitely inhuman about the stories of the Ningen that live in the waters off Antarctica. These sea monsters are white and have been reported up to 30 meters long! Ningen have humanoid eyes and mouths, but descriptions of their bodies vary. They may have fins or arms and legs, or sometimes arms with fingered hands and fins instead of legs, like a mermaid. Ningen sightings may turn out to be icebergs, whales, dolphins, rays, or maybe even too much to drink.