The story of the Macquarie Island ecosystem may remind you of the song about the woman who swallowed a fly. The island was exploited mercilessly, but various plans to repair the damage had their own unintended consequences. Introducing a non-native species to control another invasive species can backfire and escalate the situation to ridiculous and tragic levels.

Macquarie Island, part of the Australian state of Tasmania, is a UNESCO World Heritage Site. The island lies in a spot where tectonic plates meet, about halfway between New Zealand and Antarctica, and has unique geological significance. Macquarie is a breeding ground for aquatic life, particularly elephant seals and royal penguins. It is also home to other seals and penguins, several species of albatross and other sea birds, plus a few dozen wildlife scientists and park rangers who work there on a temporary basis. The seals and penguins had no natural enemies on the island until Europeans arrived in 1810. Since then, humans have hatched schemes to either exploit or repair the Macquarie Island ecosystem. Most of these schemes caused further problems. 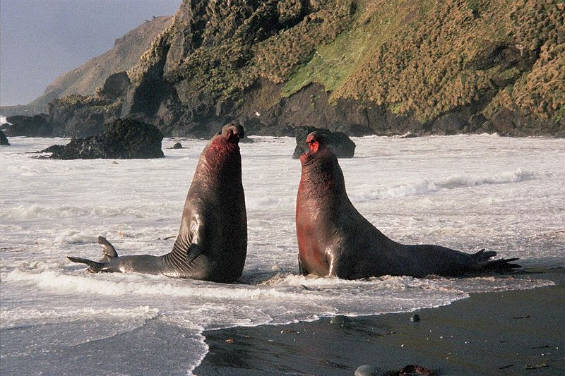 Polynesians may have inhabited the island in the distant past, but there were no people there when it was discovered by Captain Frederick Hasselborough of the ship Perseverance in 1810. He was looking for seals, and Macquarie Island proved to be a bounty. Fur seals and then elephant seals were hunted almost to extinction on the island. When the seal supply ebbed, penguins were hunted for their oil. Photograph by Wikipedia user Hullwarren. 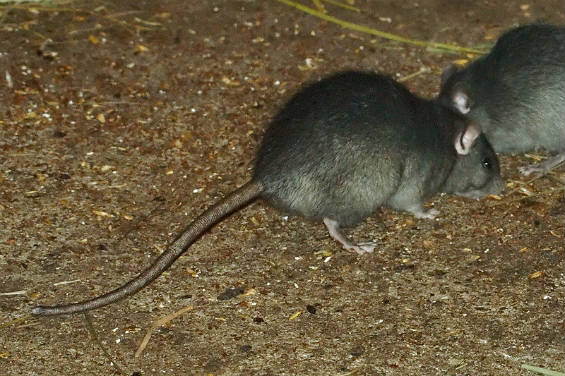 Meanwhile, any place on earth that was visited by exploring ships ran the risk of introducing rats to the ecosystem. Macquarie Island had no rodents before the seal hunting began, but mice and rats began to flourish soon afterward. Photograph by Wikipedia user Kilessan. 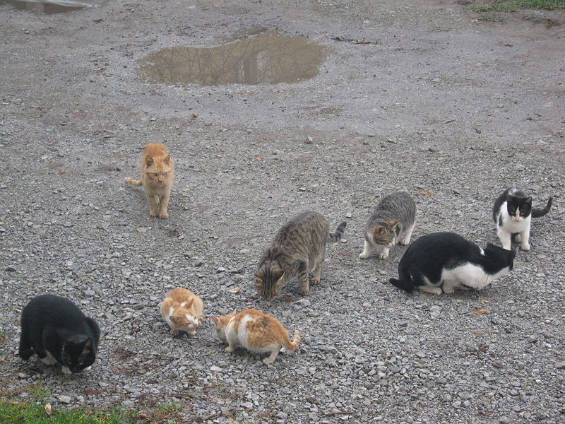 Seafarers knew how to control rats. Most ships had a cat or two just for this purpose. Within ten years of the commencement of sealing, there were feral cats on the island. While rats are omnivores, they only become predators when the easier food is in short supply. Some species of fur seals eat penguins, but the cats were the first land-based true predators on the island. In addition to rodents, the cats ate seabirds. 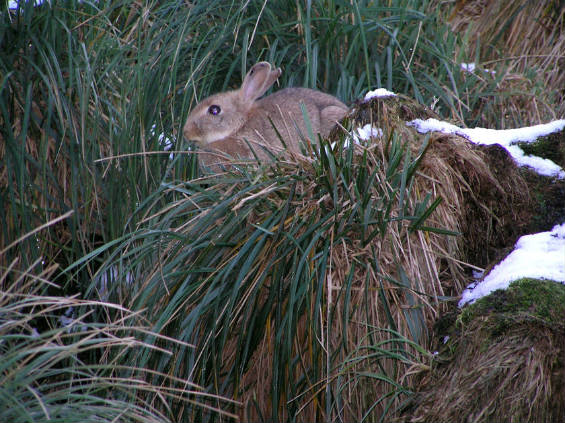 William Elder of the Otago Whaling Company brought rabbits to the island as a food source in 1870. They, of course, bred like rabbits. Despite being eaten by both cats and people, the wild rabbit population soared to 130,000 on the tiny island within 100 years. Rabbits ate the grass, which allowed erosion to damage the island, and subsequent storms and tremors destroyed erosion-damaged penguin breeding grounds.

Stoats, a species of weasel, were brought in to control the rabbits on Macquarie Island and in New Zealand soon after the feral population of rabbits became established. Soon the stoat population was helping itself to seabirds and their eggs. Photograph by Flickr user Markus Hoppe. As possums were introduced to New Zealand to raise for fur, they made their way to Macquarie Island as well. The cats weren't all that interested in possums, so they bred to the point of becoming pests along with the other introduced species. Photograph by Flickr user Peter Firminger. 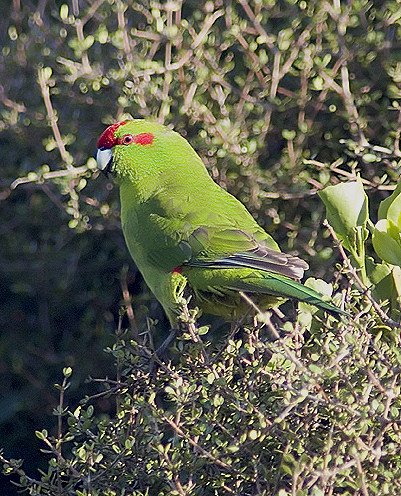 As the populations of non-native species grew on Macquarie Island, a time bomb was ticking. When the balance of predators and food supplies reaches a certain point, predators will turn to different species to eat. The Macquarie parakeet flourished on the island until around 1880, when the rabbit supply allowed the number of feral cats to explode, and the cats branched out to eat parakeets. The last Macquarie parakeet was sighted in 1891, and the species became extinct. Of course, the feral cats, while still eating rabbits, went after other native birds. Shown is the red-crowned parakeet of New Zealand, which is similar in appearance to the Macquarie parakeet. Photograph by Thomas Mattern.

When Macquarie Island began to be used as a science station in the 20th century, seal hunting met its end. Antarctic explorer Douglas Mawson spearheaded the drive to declare the island a nature reserve, and it was his efforts that forced the end of sealing. The last load of oil was taken off the island in 1919. In 1933, Macquarie Island became an official wildlife preserve.

Meanwhile, as the seal and penguin population slowly began to recover, the island was still overrun with rabbits. Australian scientists hatched a plan to control rabbits (which were out of control in all of Australia) by introducing the virus Myxoma which causes Myxomatosis, a disease fatal to rabbits. First, rabbit fleas were brought to the island in 1968 (yet another invasive species) as a future carrier of the virus. The environment being what it was, the establishment of fleas wasn't as successful as had been hoped. The virus itself was introduced on the island in 1978. The rabbit population plunged from 130,000 to around 10,000, which is the good news. The bad news is that the remaining rabbits were the ones that were immune to the disease. 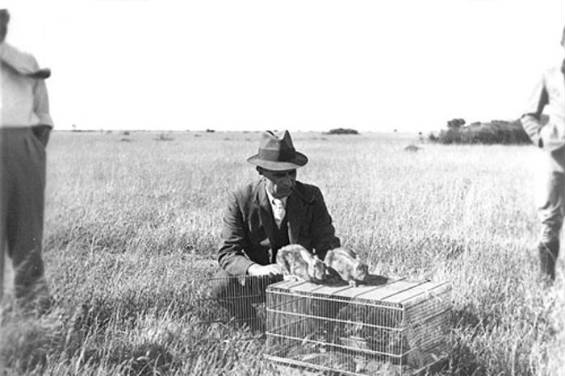 With most of the rabbits gone, the estimated 500 feral cats on Macquarie Island knew what to do. They ate the native seabirds -up to 60,000 of them every year. The government of Australia decided the only thing to do at that point was to eliminate the feral cats. Cat hunting was encouraged beginning in 1985. The Tasmanian government intensified the program in 1997, using traps and dogs to catch the cats. The last feral cat was caught in 2000. No more cats on Macquarie Island. 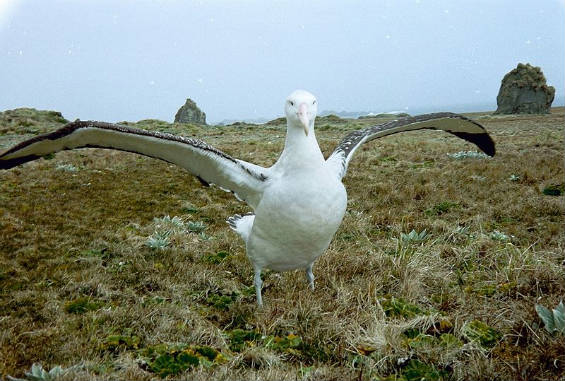 Problem solved? Oh no! With the cats gone, those 10,000 rabbits who were immune to the Myxoma virus began to multiply again. The Tasmanian government came to the conclusion that all non-native species had to be eradicated at the same time. That would be the only way to restore the nature preserve to its intended use for the original sea animals. The current eradication program began in 2010. But even that has its problems. The poison bait used to eliminate invasive mammals is working its way through the ecosystem. Just last year, we learned of the death of thousands of seabirds that ate the carcasses of the poisoned mammals. Albatross photograph by Wikipedia user Hullwarren. 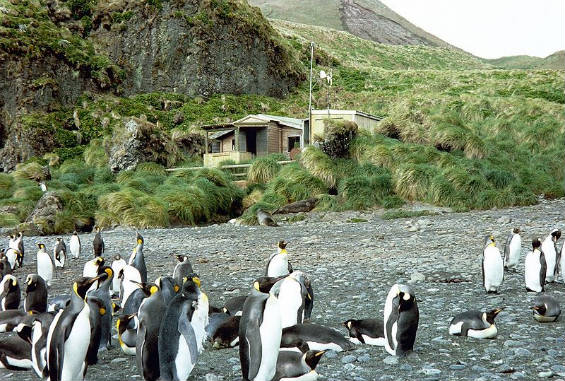