The winner of the 2010 Washington Post competition was this recreation of the Pixar film, here titled "EEP!" with Peep characters and balloons made from Peeps. It was built by Michael Chirlin and Veronica Ettle of Arlington, Virginia. 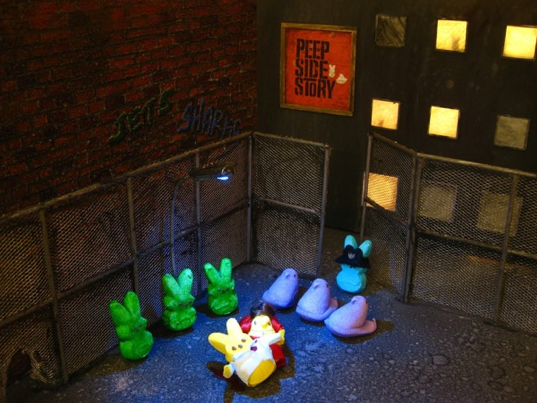 The final scene from the Broadway musical/film "Peep Side Story" was a collaboration by Stacey Rathbun of Arlington, Virginia, and Maree Martinez and Nick Johnson of Greenwich, Connecticut. The street lamp is a working book light! It was a semifinalist in WaPo's 2010 competition. 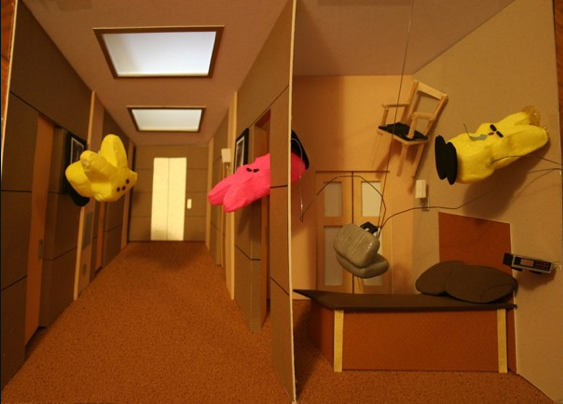 Leonard Bailey and Gabriel Winston-Bailey call their diorama "Inpeeption," and it became a runner-up in the 2011 competition from the Washington Post.

Also from WaPo's 2011 contest, "The King's Peep" by Carolyn Prince Racich and Claudia Tielking portrayed the Academy Award-winning movie in royal marshmallow bunnies. The double-barreled diorama is quite faithful to the film. 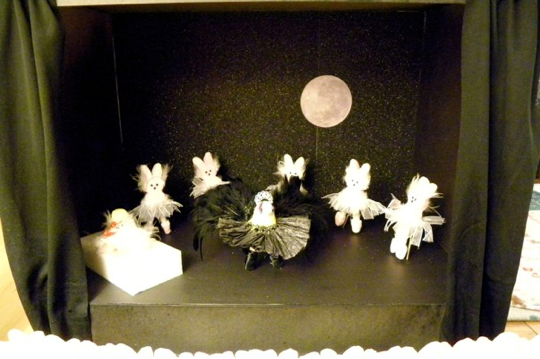 Jesse Willard and Megan Walline also went for an Oscar-winning film in 2011, with "Black Peep." It became a runner-up in the WaPo competition. 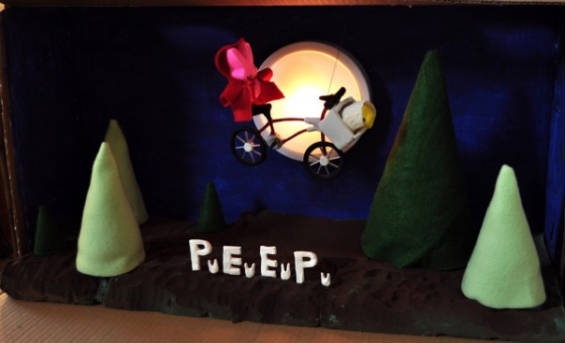 The classics never go out of style. This entry, "P.E.E.P.: The Easter-Terrestrial" by Abigail Bathrick and Caroline Chen, impressed us thirty years after the film was released.

7. Silence of the Lambs 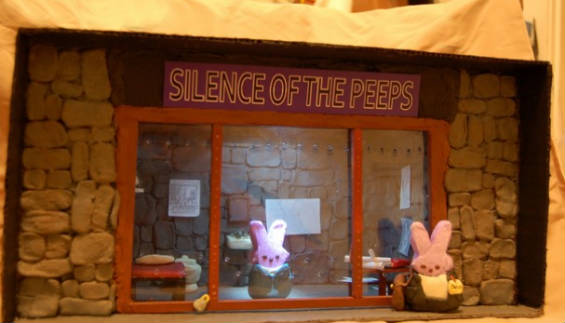 This version is called, of course, "Silence of the Peeps," and depicts FBI agent Clarice Starling interviewing Hannibal Lecter behind protective glass. Creator Sadea Ramsay built this diorama, which made runner-up for WaPo's 2011 competition. 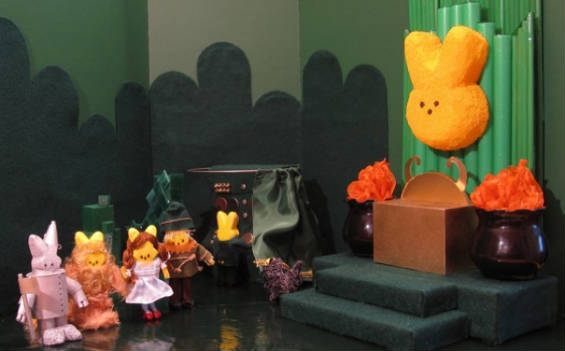 "The Peep Behind the Curtain" is the name of the diorama from Karen Roberts and Ali Nabavi that illustrates the 1939 film The Wizard of Oz.The giant head is probably not made of marshmallow.

9. The Grapes of Wrath 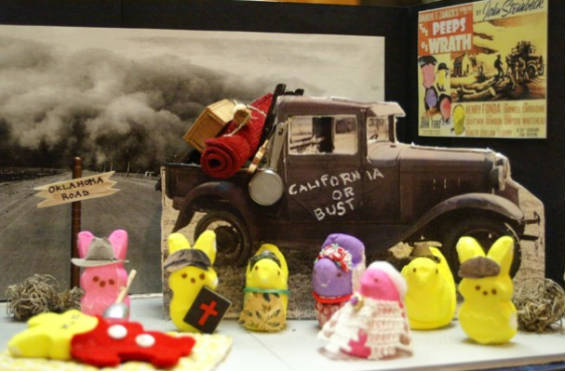 The diorama called "The Peeps of Wrath" may be based on the John Steinbeck novel or the 1940 movie adaptation, which won a couple of Academy Awards. The movie poster in the scene leads me to believe it's the latter, so it can be included in this list. The work of Diane Page made runner-up in the 2009 WaPo competition. 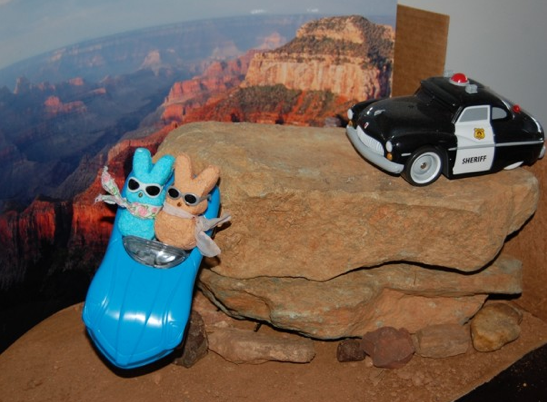 The 1991 film Thelma and Louise won an Academy Award for Best Original Screenplay, and the candy version "Peeps on the Run" won runner-up status in the 2009 Washington Post competition. The entry was from Karen Schroll. The Barbie sunglasses are a nice touch! 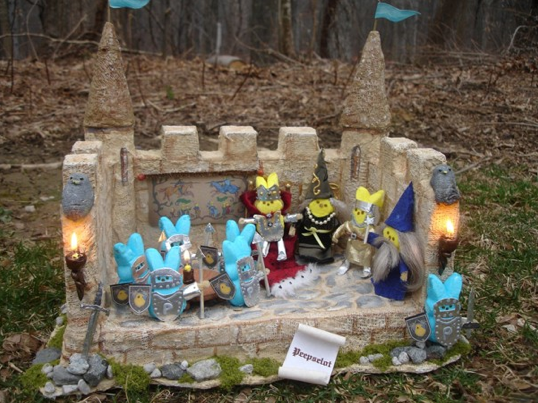 The 1967 film adaptation of the Broadway musical won three Academy Awards. In 2009, it was revived in Peep form for the diorama competition. "Peepsalot" was constructed by Kari Cannistraro from a long list of craft supplies.

"PEEP*E" was created by Michael Chirlin and Veronica Ettle for the 2009 WaPo contest. In this scene, the robot PEEP*E shows Eve the sprout he planted in a boot. 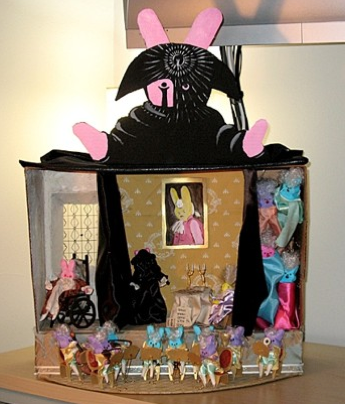 The 1984 Mozart biopic Amadeus won eight Academy Awards. In 2008, "Peepadeus" was a semifinalist in the Washington Post diorama competition. Sarah Hoff and Jack Hsu designed it as a triptych depicting different parts of the story. 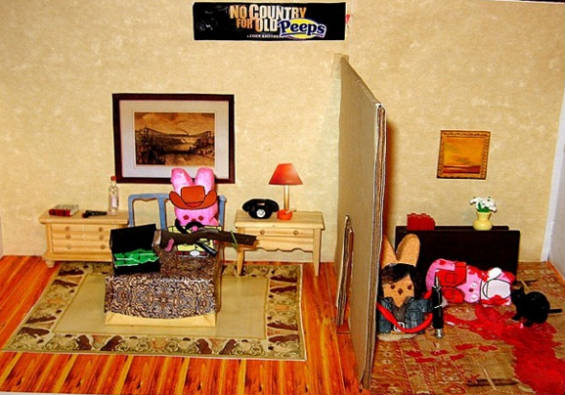 This 2008 WaPo semifinalist built by Megan Walline is called "No Country for Old Peeps." Possibly the bloodiest diorama in that year's competition. 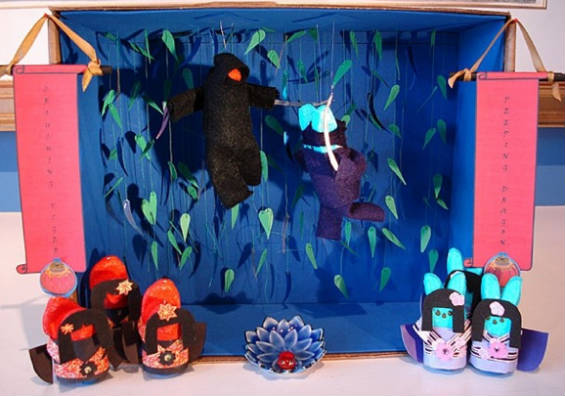 "Crouching Tiger, Peeping Dragon" by Karen and Mike Wolf-Branigin, made semifinalist at the 2008 competition. In the Peeps version, you can see the strings, but that's okay -we knew they were there in the movie as well. 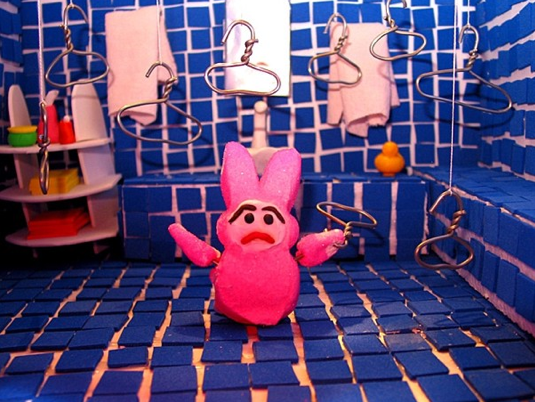 Kathye Hamilton created "Mommie Peepest: No More Wire Hangers," for WaPo's first diorama contest in 2007. It is a Peep parody of the 1981 film Mommie Dearest. No, Mommie Dearest didn't win any Academy Awards, but I included it because the film won five Razzies! The recreation is faithful from Faye Dunaway's makeup to the rubber duck.