Archaeologists have a new fighting chance at discovering more about ancient Scotland. Experts found 12 bronze pieces from at least seven different weapons dating back 3000 years, during a dig at the RSPB nature reserve on the Isle of Coll in Scotland's Southern Hebrides. The artifacts, which include pieces of sword blades and spearheads, will be conserved and cared for by the Kilmartin Museum, on the west coast of Scotland, according to a press statement. 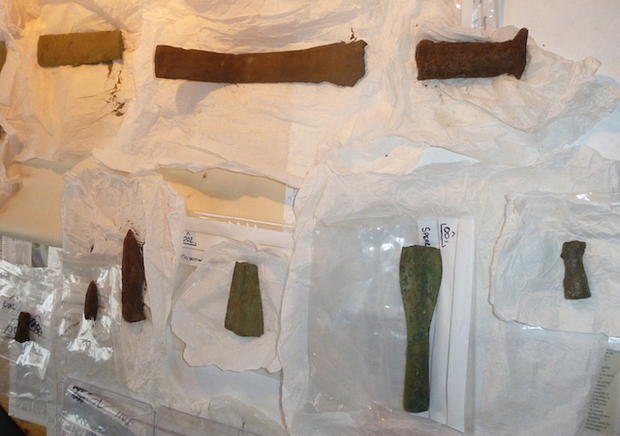 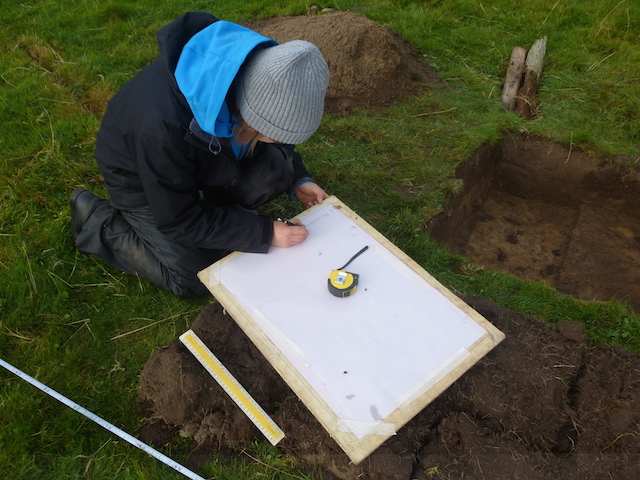 The team that discovered the Bronze Age equipment believes that they were broken intentionally and thrown into what used to be a freshwater loch. According to RSPB archaeologist Jill Harden, the objects were given to the sea “most likely as offerings or gifts to the gods or goddesses of the time.”

And unearthing them could lead to important information. “While a fair number of objects from this period have been discovered in the west of Scotland in the past, we generally know very little about the precise places where they were found,” said Trevor Cowie, of National Museums Scotland’s Department of Scottish History & Archaeology. “Archaeological techniques have developed dramatically since those 19th-century discoveries were made, so we have a great opportunity here to resolve many unanswered questions about life on Coll some 3000 years ago.”

Meanwhile, modern residents of Coll can see the rare artifacts, and speak with the archaeologists who found them, today and tomorrow at the An Cridhe community center.