The Simpsons co-creator Sam Simon passed away earlier this year, leaving behind an impressive television legacy and an extensive collection of pop culture memorabilia, including items related to the iconic cartoon. Sotheby’s will host a live auction on October 22 titled “The Creative Genius of Sam Simon: A Lifetime of Memorabilia,” with proceeds benefiting The Sam Simon Charitable Giving Foundation. Here are nine of the rarest Simpsons pieces that fans now have the chance to take home.

All the character artwork, references to the show, and internal elements like the nuclear reactor bumpers are cool, but the real draw is the fact that the machine talks constantly. Quotes and sound bites are pushed out of the computerized voice system, and the Yamaha synthesizer plays the theme music as you try to keep the ball in play. And if owning Sam Simon’s personal machine isn’t cool enough, according to the listing, the Amusement and Music Operators Association awarded the Data East machine the title of “Best Pinball Game” in 1990. 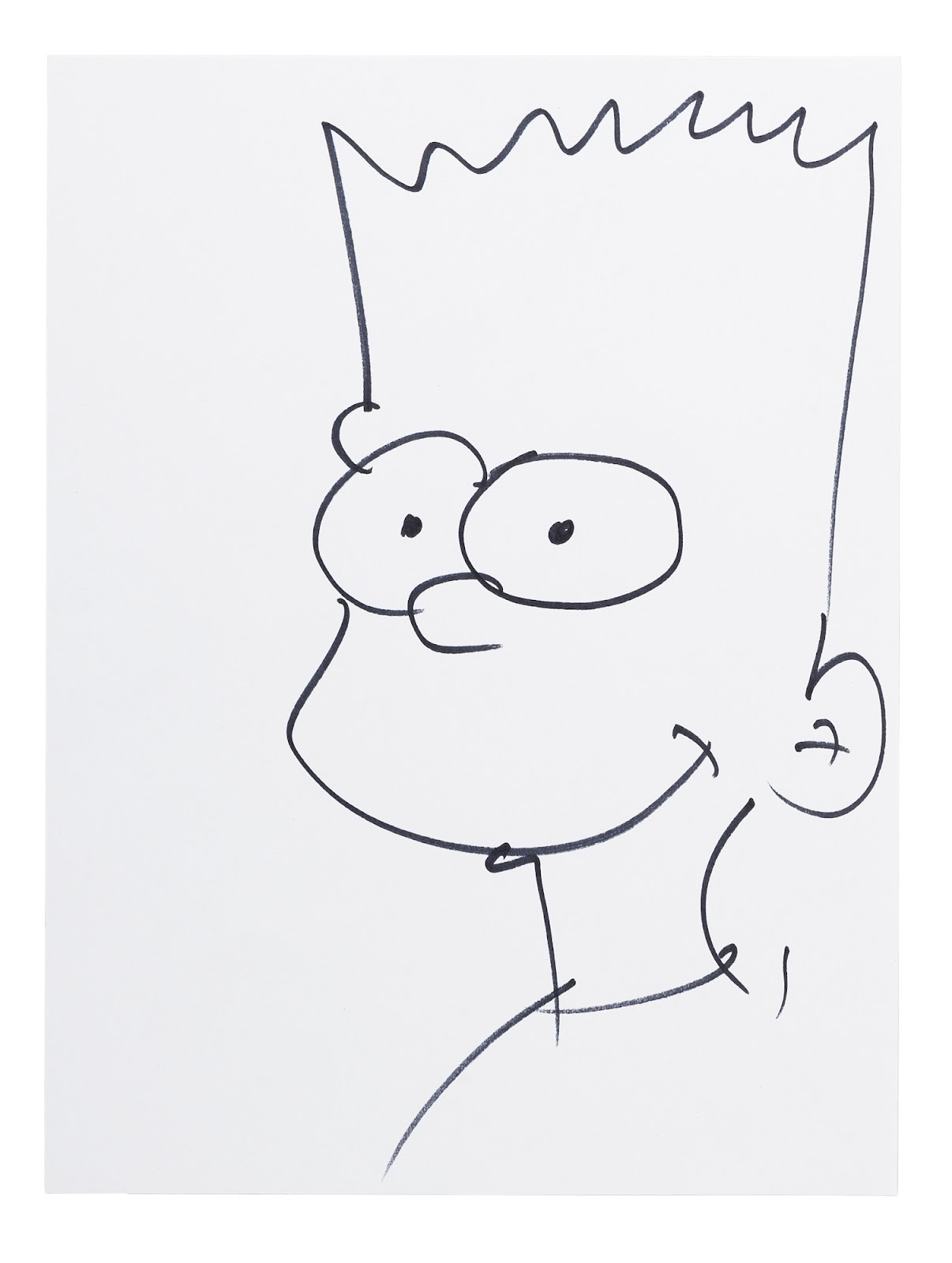 Though the date is unlisted, the Simon Estate notes that this is the last drawing that the co-creator made of the fan favorite character prior to his death in 2015. 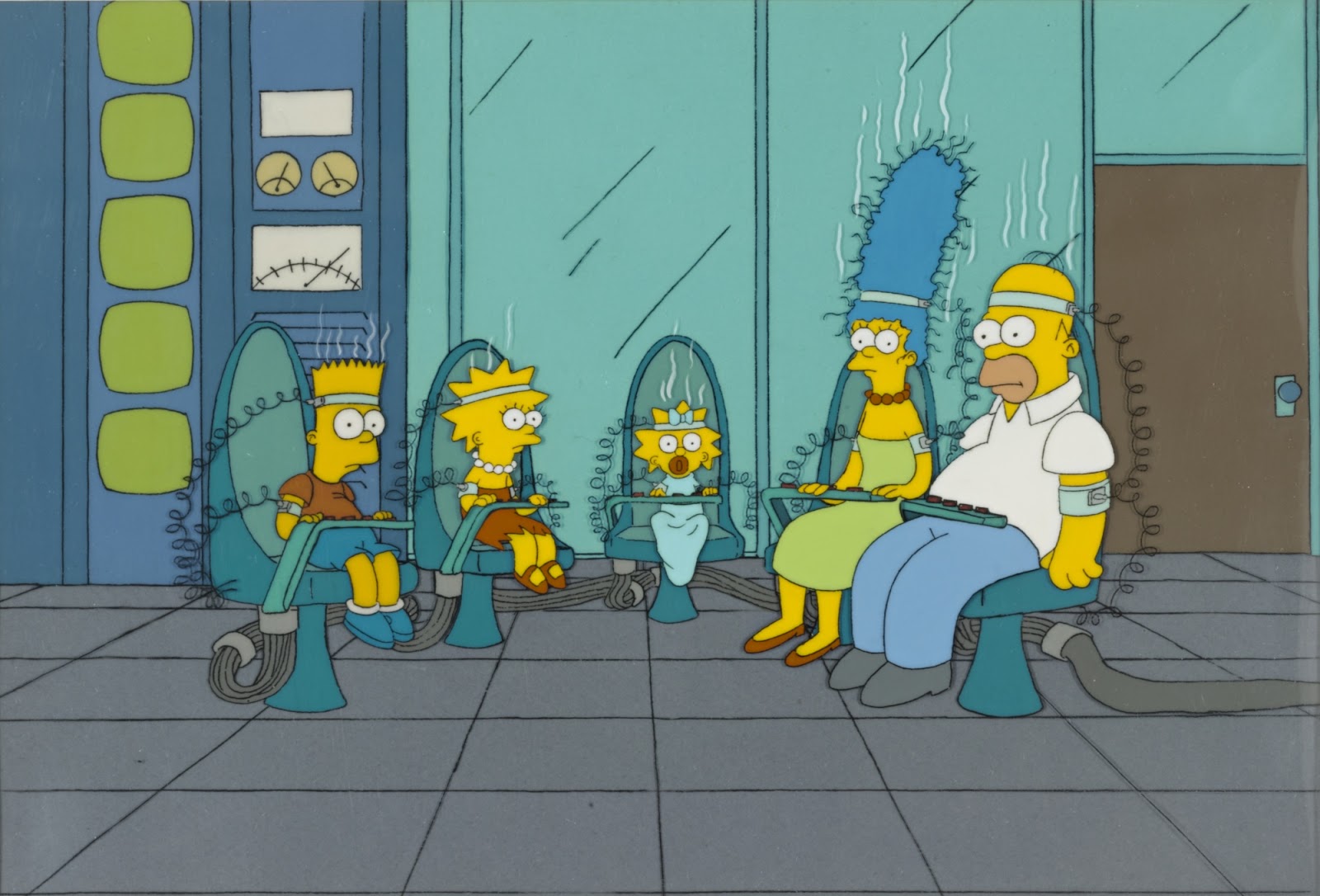 This original celluloid with gouache painted artwork is from a scene in the fourth episode of the very first season of The Simpsons. The episode, “There's No Disgrace Like Home,” introduced Dr. Marvin Monroe to the show, and the memorable scene depicted here shows the aftermath of the family’s introduction to shock therapy. 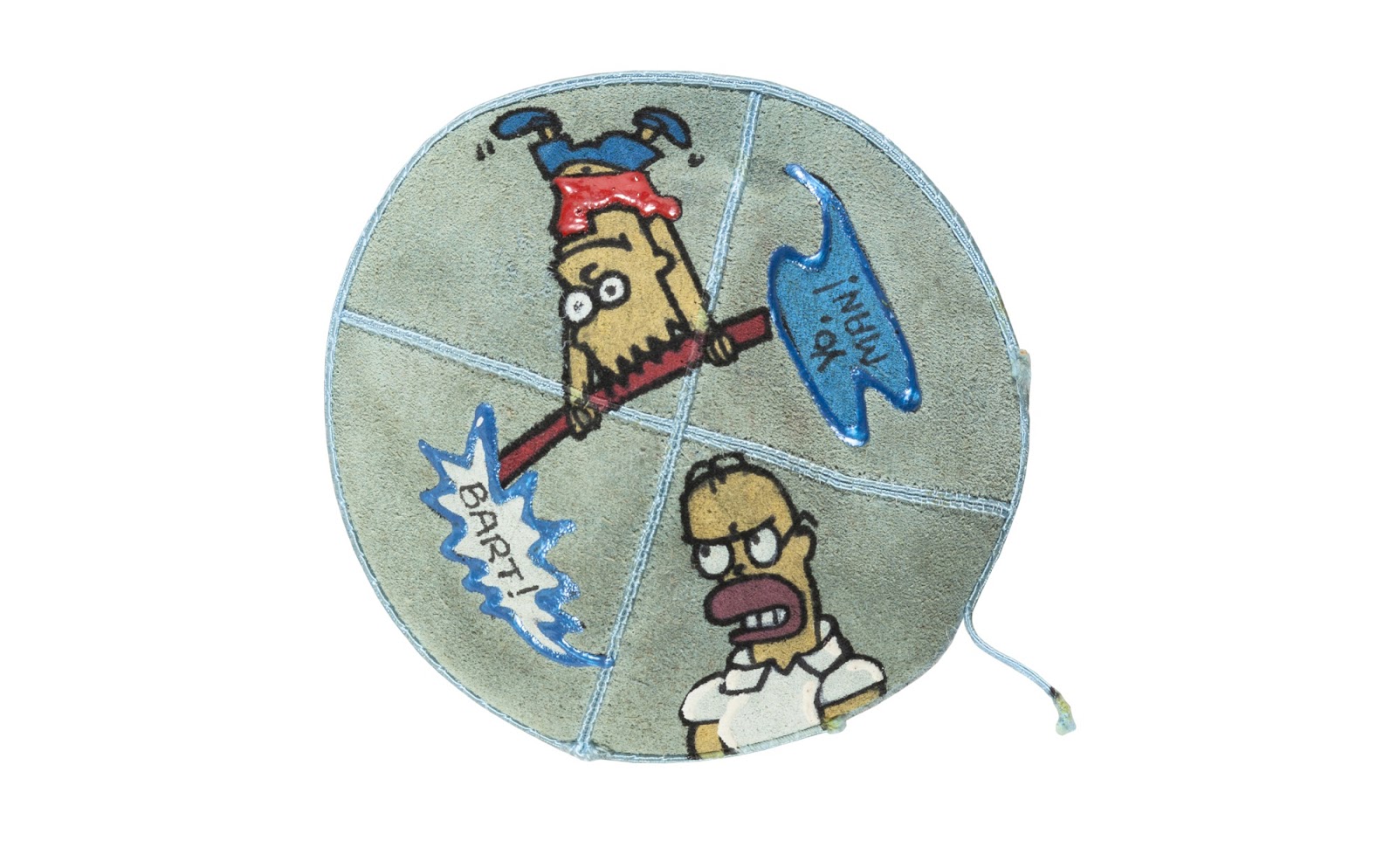 This hand-drawn, hand-painted yarmulke is about as rare as it gets. The listing doesn’t specify if Simon customized the piece himself or if someone else did, but it has been worn and is one of two up for grabs from his personal collection. 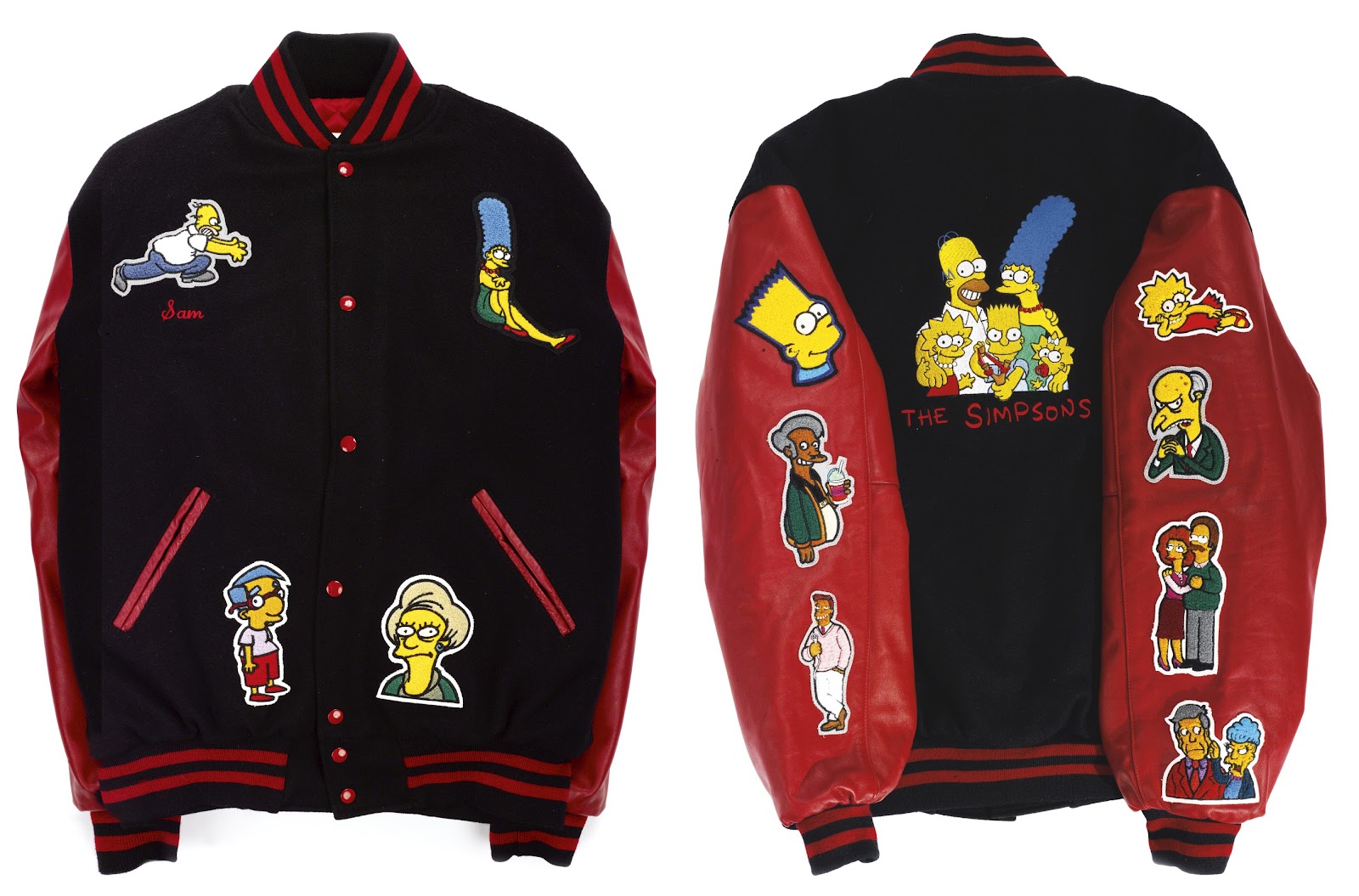 The red-and-black jacket features 12 embroidered chenille patches of main and secondary characters along the leather sleeves, across the back, and down the front. Sam’s name is also stitched onto the chest, so hardcore fans will immediately know who it was made for. 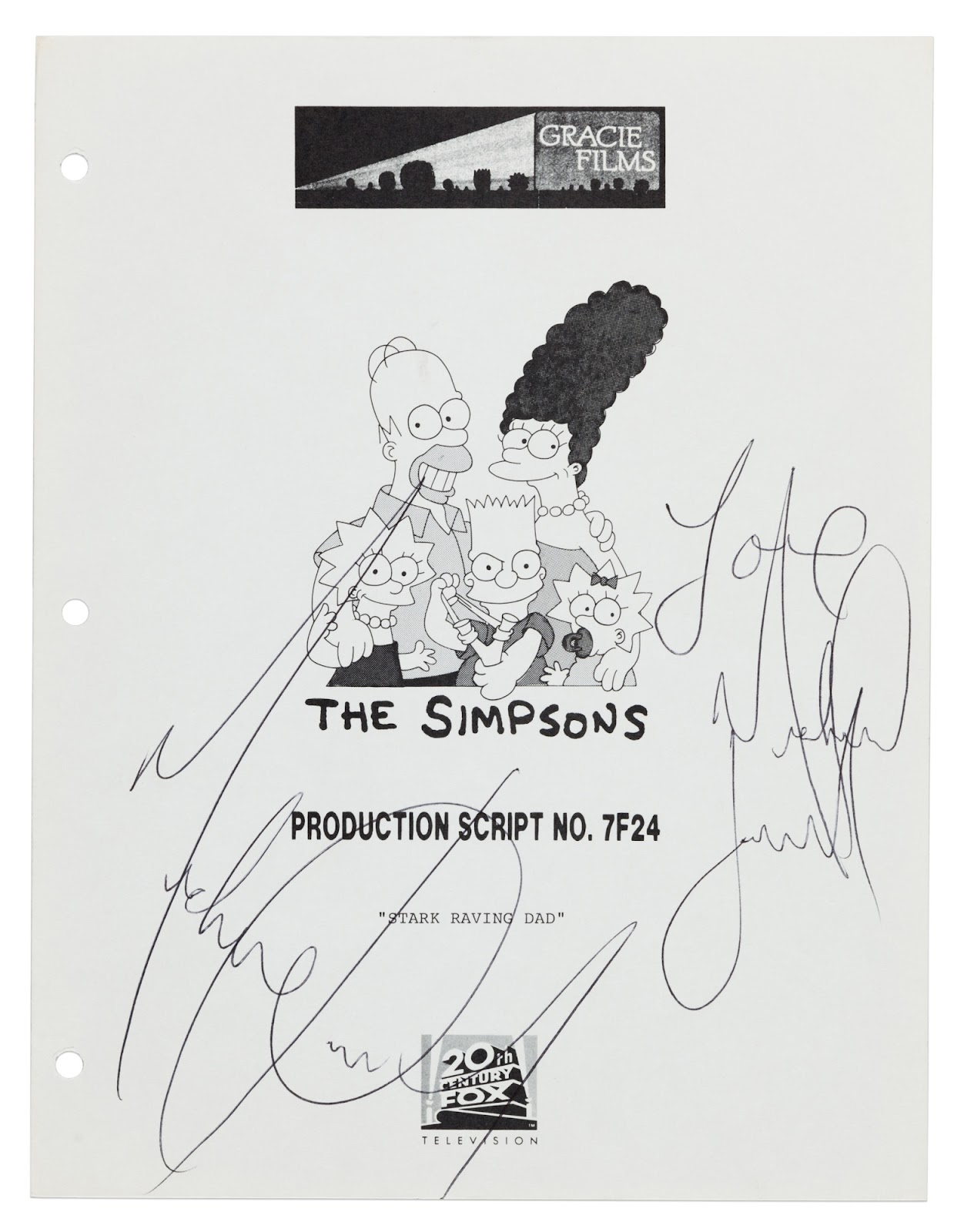 “Stark Raving Dad” features one of the biggest celebrity guest stars of the show’s entire run, Michael Jackson. Jackson was credited pseudonymously as John Jay Smith, so his official involvement with the episode wasn't confirmed until years later. Simon’s copy of the production script was signed twice on the cover page by the King of Pop, leaving no doubt as to who played the character Leon Kompowsky.

Other notable signed script covers in the auction include one signed by all the baseball players in the 1992 episode “Homer at the Bat,” a “Flaming Moe’s” script cover signed by the members of Aerosmith, and a Joe Frazier-signed script for “Brother, Can You Spare Two Dimes?” 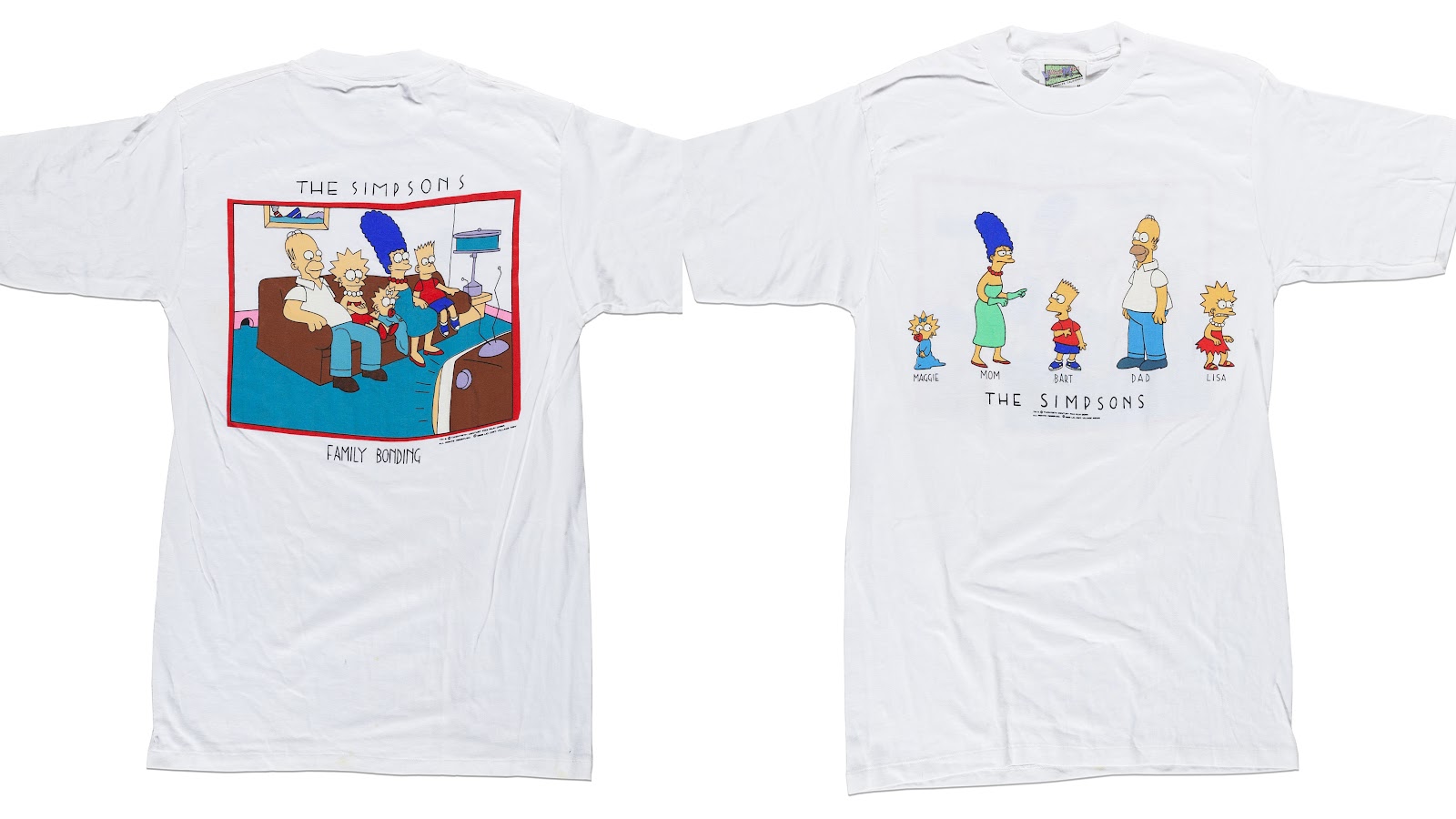 This clean, vintage Simpsons t-shirt features a graphic of the family on both sides, depicted in the show's early, crude style. 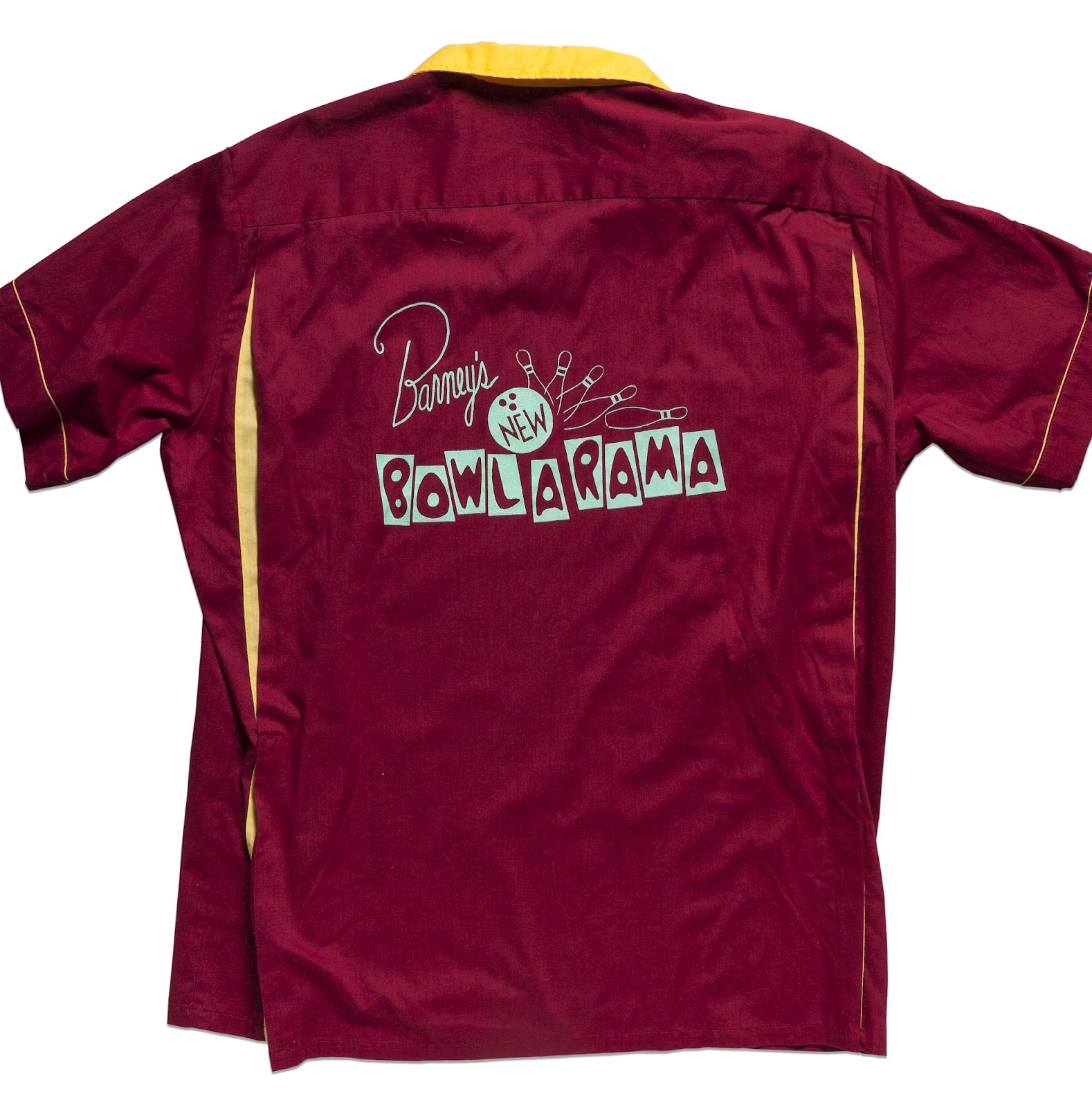 This custom shirt was made to resemble the ones worn by Homer and his friends in various episodes of the series. 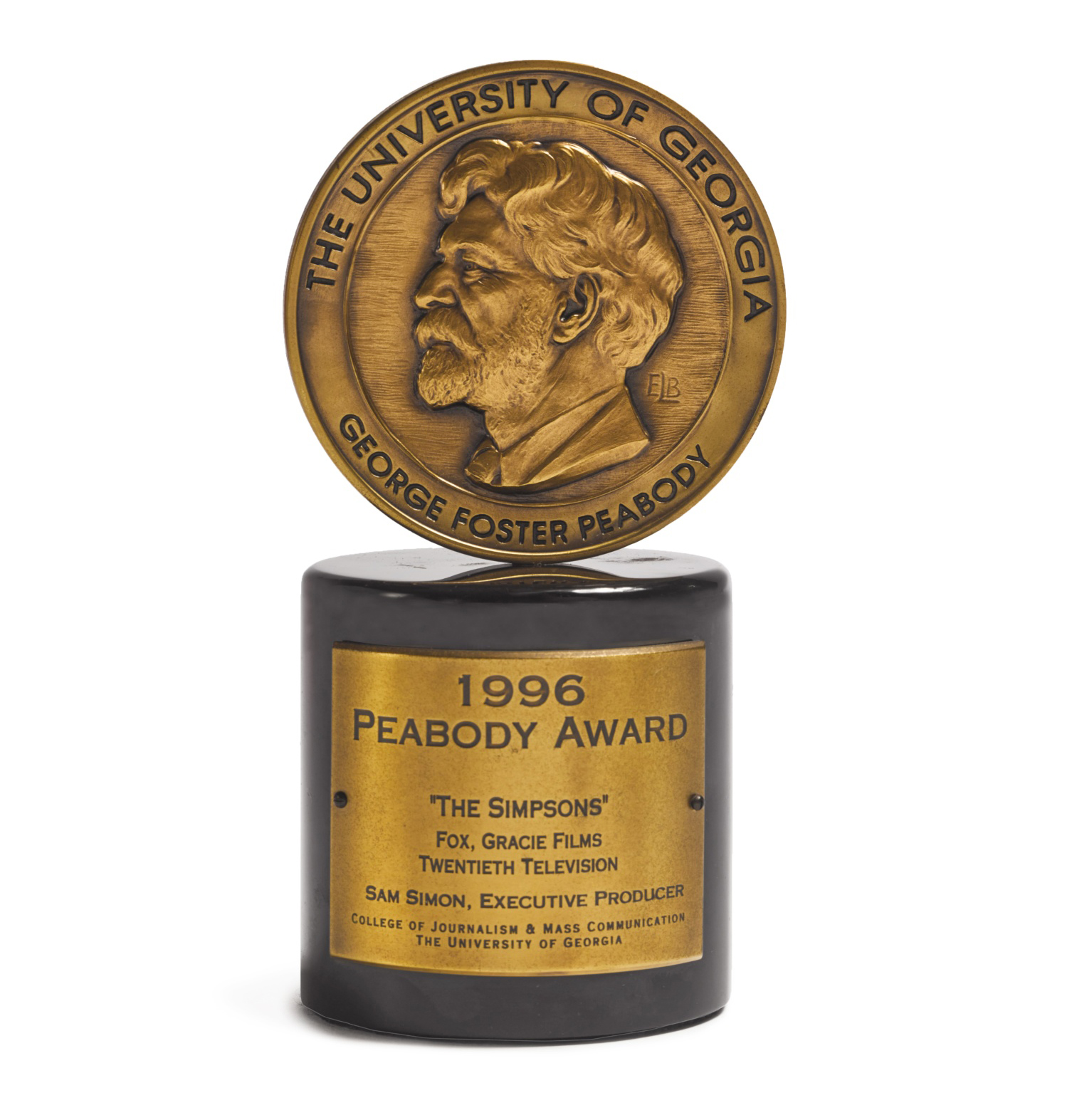 In 1996, The Simpsons became the first animated series in history to win a Peabody Award. The committee said that the cast and crew deserved the award because of the show's “exceptional animation and stinging social satire, both commodities which are in extremely short supply in television today.”