Unless you’re buying music for a minor (or are one yourself), it’s easy to ignore the “Parental Advisory” label in the bottom right corner of some album covers. The warning labels have become a common (though not required) part of the industry, with many record labels choosing to use them on content that may be considered inappropriate for kids. But it was a hard-fought battle to get to this point. Here are some things you should know about parental advisory stickers and the so-called “Obscenity Wars.”

1. A GROUP OF WOMEN GOT THE BALL ROLLING.

In 1985, a non-profit foundation called Parents Music Resource Center (PMRC) was formed by Tipper Gore (wife to then-Senator Al Gore), Susan Baker (wife to former Secretary of State James A. Baker), Pam Howar, and Sally Nevius. Known as the “Washington Wives,” the women, along with other members, used their connections to start a political battle against musicians and the music industry for content that they felt was inappropriate for children. 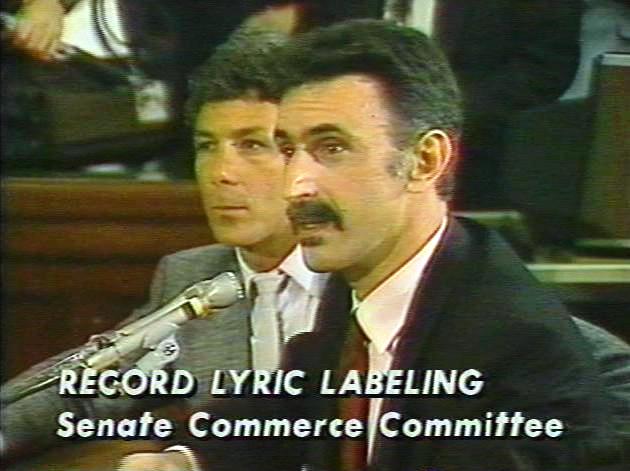 Frank Zappa testifying before a Senate committee in 1985. Public domain via Wikimedia Commons

PMRC chose 15 rock and pop songs that they objected to on the grounds that they contained lyrics that were too violent or sexual. The list featured popular and successful recording artists of the time, including Prince (“Darling Nikki”), Madonna (“Dress You Up”), Mötley Crüe, W.A.S.P., Black Sabbath, Def Leppard, Cyndi Lauper, and Twisted Sister. Musicians including Dee Snider and Frank Zappa became deeply involved in the war that ensued, speaking at hearings and appearing on television to combat the claims of the PMRC and to stand against censorship of their art.

3. THE PMRC WANTED MORE THAN JUST A LABEL ON EXPLICIT ALBUMS.

According to NPR, the group rejected the Recording Industry Association of America’s (RIAA) initial plan to have record labels include advisories because they wanted to take more extreme measures. They demanded that all lyrics be printed on album covers, that explicit covers be relocated to behind store counters, and that labels “reassess contracts” with musicians who create explicit content. No one was going to agree to those demands, but after Senate hearings with label executives and prominent musicians, a compromise was reached that stipulated that either lyrics would be printed on the back cover, or albums would bear labels that read “Explicit Lyrics—Parental Advisory.”

4. A HIP-HOP ALBUM WAS BANNED IN THE PROCESS. 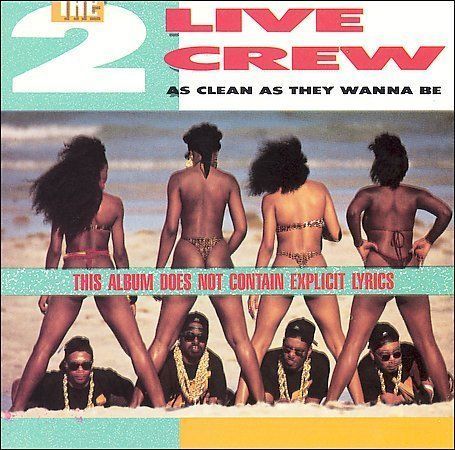 In 1990, a federal district judge ruled that an album by the group 2 Live Crew, titled As Nasty as They Wanna Be, was obscene. The project was deemed illegal, so when the group decided to perform the songs anyway they were arrested. The ruling was later overturned, and there were two versions of the album released: a clean version titled Clean As They Wanna Be, and the uncensored version which featured the PA label.

5. THE LABELS HAVE UNDERGONE A FEW DESIGN CHANGES OVER THE YEARS.

The warning labels were revised in 1990 to read “Parental Advisory: Explicit Lyrics,” and size, color, and placement recommendations were put into place (black-and-white squares on the lower right corner). In 1994, the warnings were revised again to read “Parental Advisory: Explicit Content.” Despite being called stickers, the labels were incorporated into the permanent artwork for the albums instead of being stuck to the outside of the cases. Today they are incorporated into both physical and digital artwork for albums and singles and are still considered a recommendation, not a requirement.

6. ALBUM SALES WERE NOT AFFECTED BY THE WARNING LABELS.

Some artists and others in the industry were worried about the effects of censorship on the music and on sales. Despite vows by some stores not to sell albums with the labels, fans still purchased the music and younger fans found a way to listen to it. “Overall, I don't think labels adversely [a]ffected sales,” Danny Goldberg, President of GoldVE Entertainment, told NPR. “Since kids—even before the Internet—were able to get what they wanted. It ended up being a way for certain retailers like Wal-Mart to brand themselves as 'family friendly'—at least to families who didn't like profanity on records."

7. THEY BECAME A SYMBOL OF REBELLION FOR YOUNG PEOPLE. 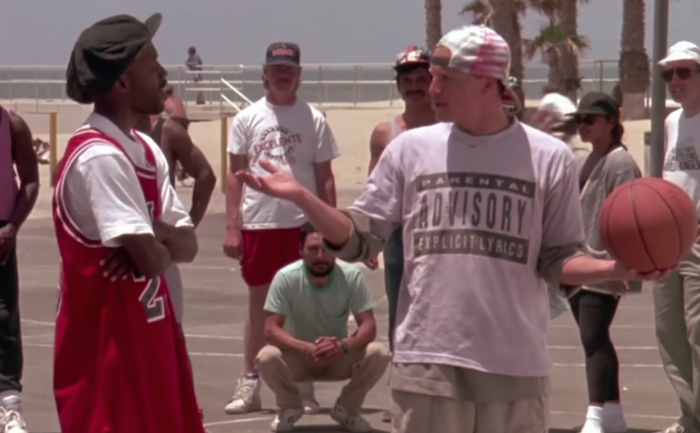 The PMRC hearings and headlines about explicit music made it more appealing to those who were not supposed to be listening to it. Marc Weinstein, co-founder of Amoeba Music, told KQED that the plan put forward by the PMRC and its supporters backfired. “I would say the program was mainly a failure based on what they were trying to achieve … More often than not, from what I saw, it actually became a sales tool—it made it easier for teenagers to identify the cool stuff.” T-shirts with the PAL graphic became popular in the early '90s and even made an appearance in the 1992 film, White Men Can’t Jump.

For the 30th anniversary of the PMRC hearings this year, Rolling Stone interviewed Tipper Gore to get her updated thoughts on parental advisories and censorship. Gore’s position remained the same. "This conversation between parents and kids is as relevant today as it was back in the '80s," she told the publication. "Music is a universal language that crosses generations, race, religion, sex and more. Never has there been more need for communication and understanding on these issues as there is today.” She also added that “all of the artists and record companies who still use the advisory label should be applauded for helping parents and kids have these conversations about lyrics around their own values.”

Also this year, Maroon 5 frontman Adam Levine took to Instagram to voice his opinion about the 30-year-old label and censorship of music. "I know it may be passé or very ''90s" to still care about how stupid this label is," The Voice judge wrote in his caption, "but it happened during my youth so [I’m] passionate about it. Adhering to a meaningless label won't make me a good parent. Asking my kid about what they're listening to will. I also often wonder, why aren't there labels like this on McDonald's bags? If I have a happy, healthy kid who does well in school, doesn't eat Big Macs every day, and listens to Doggystyle on repeat, I'll consider myself a successful father." Perhaps Levine will be a parent who actually does understand.