Slugs get bad press. Okay, they’re cold and slimy and sometimes eat your kale, but there’s so much more to them. They exude a liquid crystal, they have sex while dangling from a thread, and one time they beat a charismatic mammal in a dramatic popular vote.

People tend to call something a slug if it looks like a snail but has no shell. However, many distantly related critters among the gastropods—the group that contains snails and slugs—have independently evolved a sluggy, shell-free shape. So there’s no single, evolutionarily distinct slug lineage. To make things more complicated, a lot of slugs secretly do have shells—they’re just hidden within the slugs’ bodies.

And then there are the in-betweeners. So-called semi-slugs have tiny shells on the outside of their bodies that are way too small for them to retract into. (Honestly, they look pretty ridiculous.)

2. SLUGS HAVE TENTACLES, BLOWHOLES, AND THOUSANDS OF TEETH.

If you want to dream up an alien species for the next big sci-fi blockbuster, start with slug anatomy. First, check out the tentacles. Slugs have four, and they’re retractable. Two are for seeing and smelling, and they can be operated independently: a slug can gaze at you (or smell you) and a friend simultaneously. The other two are for touching and tasting.

Slugs also have thousands and thousands of teeth. These tiny chompers are part of a rasping structure called a radula that’s unique to mollusks. And in case that doesn't seem weird enough, slugs essentially breathe through a blowhole that opens up on one side of their bodies. This round pore is called a pneumostome.

But that’s just the anatomy of land-living slugs. Sea slugs have their own incredible features. For example, some breathe using delicate feather-like gills that surround their butt holes, and they smell with neon-colored, bizarrely shaped protrusions called rhinophores.

3. WHEN ATTACKED, SOME SLUGS LOSE THEIR TAILS.

It’s an ingenious strategy for escaping a hungry predator: Break off a small tasty part of your body, and leave it behind as you make your escape. Some slugs do this. The aptly named taildropper slugs, such as the reticulated taildropper, can quickly amputate their own tails. And certain sea slugs have body parts that snap off safely and easily, leaving a would-be predator with a smaller, less desirable meal.

4. THEIR LOVE LIVES ARE ACROBATIC AND GORY.

Leopard slugs and their relatives will only mate when they’re dangling upside down from a thread of mucus. This position enables them to extend their gigantic, body-length penises and wrap them around each other. And yes, that’s penises plural: slugs have both male and female body parts.

And that’s just one example of surprising slug sex. The banana slug, a fixture of the Pacific Northwest, sometimes chews off its partner’s penis after mating. Then there’s the sea slug that removes its own penis post-sex and rapidly grows a new one. Another sea slug sets the mood by stabbing its partner in the head.

5. SLUG SLIME IS A LIQUID CRYSTAL.

Slugs are gooey and sticky, and they leave a trail of slime wherever they go. But that goo is pretty remarkable. It’s a liquid crystal, a substance that’s somewhere between a liquid and a solid. It flows a bit like a liquid, but at the molecular level, it’s more organized. It can be both adhesive and lubricating, and it actually slurps up water.

Why all the goo? Slug slime is multi-purpose. It helps these critters move and climb challenging surfaces. It also protects them from fungi and bacteria. Plus, slugs can learn about each other—and find potential mates—by examining slime trails. And, of course, mucus is a key part of a leopard slug’s daredevil upside-down sex life.

Some land-living slugs can get pretty large. Europe’s ashy-grey slug is 10 inches long. But that’s nothing compared to the sheer size of some sea slugs. Found in California, the black sea hare can reach nearly 40 inches and weigh 30 pounds.

7. SOME SLUGS ARE FIERCE PREDATORS.

Sure, many eat a salad-like diet of plants, mushrooms, and fruits, or chew up dead and rotting plants and sometimes even rotting animals. But others have a taste for living flesh. The ghost slug slurps up worms. The stunningly colored Spanish shawl (a type of sea slug) chows down on a particular marine creature called a hydroid, eating everything except the hydroid’s stinging cells, which the slug then uses for its own defense. The sea slug Pleurobranchaea californica eats other sea slugs, and it’s shown a remarkable ability to remember which species—like that stinging Spanish shawl—are no good to eat.

8. SOME SLUGS CAUSE TROUBLE.

As people have spread across the globe, we’ve unintentionally introduced slug species into new locales. These slimy invaders lack natural predators in their new lands, so they flourish and even push out native slugs. The slugs that eat the veggies in your garden may very well be invaders, such as the Spanish slug or leopard slug—and that last species carries a parasite that can cause meningitis.

And invasive slugs also cause trouble for other creatures. Some plants rely on ants to spread their seeds, and they reward the ants with a tasty treat called an elaiosome that’s attached to each seed. But invasive slugs can eat those treats before the ants find them. 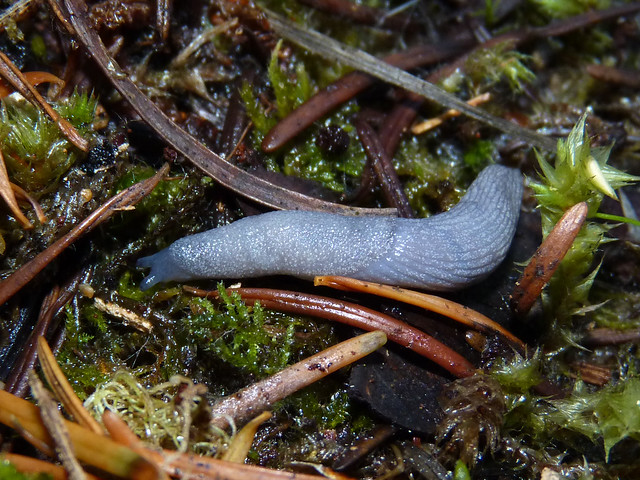 Only a few slug species are pests. Most are critical members of land and water ecosystems all around the world. And, like so many creatures, they’re suffering declines. One is the tiny and ridiculously colorful blue-grey taildropper of the Pacific Northwest. Another, the evocatively named snake skin hunter slug, is found in only a few spots in South Africa. Though these critters may not have the charisma of, say, a cheetah or a blue whale, they’re no less crucial to the health of ecosystems.

10. A SLUG IS THE SUBVERSIVE MASCOT OF THE UNIVERSITY OF CALIFORNIA AT SANTA CRUZ.

If you’re looking for a model of slug appreciation, take a look at UCSC. For a long time, students considered the banana slug, a gentle denizen of the area’s redwood forests, to be their unofficial mascot. Little did they know that their slug was in for a fight.

In 1980, UCSC entered the National Collegiate Athletic Association (NCAA). The university needed an official mascot—and some officials wanted a fiercer, sportier, and more traditionally charismatic species. A group of athletes proposed the sea lion, and it became the mascot. But other students refused to embrace the new choice. They continued to shout “Slime 'em!” and “Go slugs!” at basketball games. A fierce debate erupted, resulting in national media coverage. Finally, the matter was put to rest with a 1986 school-wide vote. Slug supporters slid into first place with an overwhelming five-to-one victory.