Yesterday I linked a story about the movie The Oogieloves in the Big Balloon Adventure. The children's film opened last weekend in 2,160 theaters, and earned less than half a million dollars on its opening weekend. That means it only made $206 per theater, a record low for a movie in wide release (more than 2,000 theaters). The reviews for The Oogieloves are awful. Of course, there are other bad movies that never got a chance to set a box-office record because they opened in few theaters, went straight to video, or their awfulness wasn't promoted as well (leading to a decent opening followed by a steep dropoff). The news about The Ooogieloves was posted at MetaFilter, and MeFites wasted no time in suggesting other candidates for the title of "worst movie ever." Some I had never heard of, others were somewhat familiar. Here are a few of them presented for your perusal, in no particular order.

Food Fight! was apparently either an experiment in product placement or someone honestly thought breakfast cereal mascots would be a sure hit with kids. The setting is a grocery store where brand labels come to life and battle "Brand X." And yes, they throw food at each other. The inclusion of Nazi imagery and adult innuendo did not sit well with parents. The 2009 movie was never released in theaters, and went directly to video in 2012.

2. Manos The Hands Of Fate 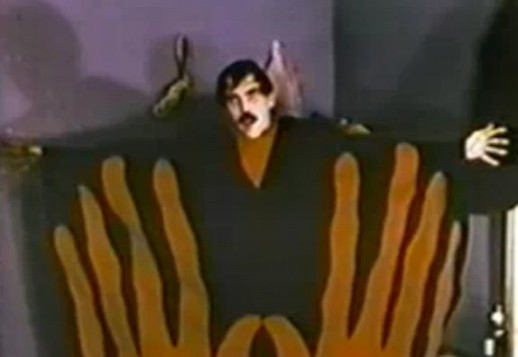 Manos The Hands Of Fate is a 1966 film that particularly illustrates the unintentional comedy of a low-budget film. A vacationing family stumbles upon a pagan cult and must escape their clutches, but the plot suffered from bad acting, poor timing, bad sound, awful lighting, bad sets, and horrible editing. Then there's the nonsensical background music. Few people actually saw the film until 1993 when MST3K aired it as a so-bad-it's-funny movie, helping it to achieve cult status. Manos has a rating of 0% at Rotten Tomatoes. You can see the full film at YouTube. If you want to. 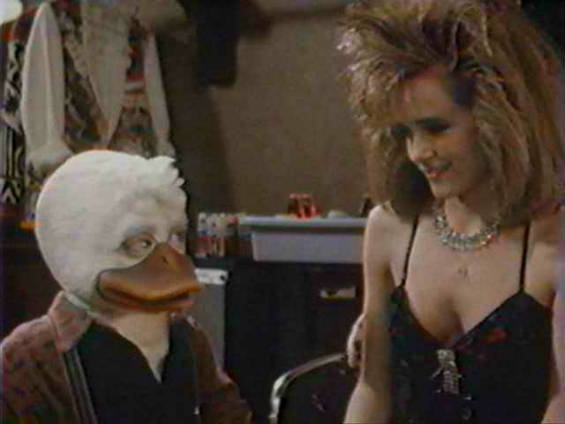 Howard the Duck is the only movie on this list I saw in a theater, on its opening weekend. It was awful. The budget was quite adequate, and the production values were excellent, but putting an animated duck into a live-action film was never a good idea. George Lucas, after the success of the Star Wars films, was at the height of his clout and no one questioned his judgment (at least out loud) until after the film was released. 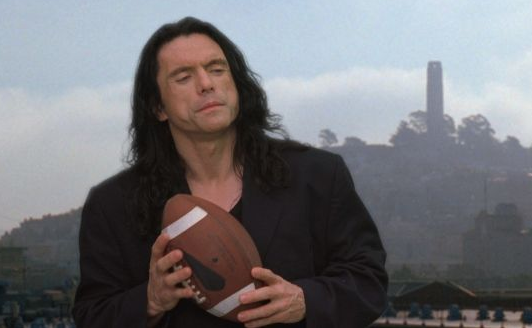 The Room is a 2003 labor of love by one man, Tommy Wiseau, who wrote, produced, directed, and acted in it. Ransom Riggs tells more about it in a previous mental_floss article, in which you can judge the quality of the writing and acting for yourself by watching clips from the movie. Take your time, and take a deep breath between each clip. Thanks to the efforts of screenwriter Michael Rousselet, who recognized the comedic value in a badly-made drama, The Room became a cult classic. Wiseau now says that he meant to make a comedy all along. 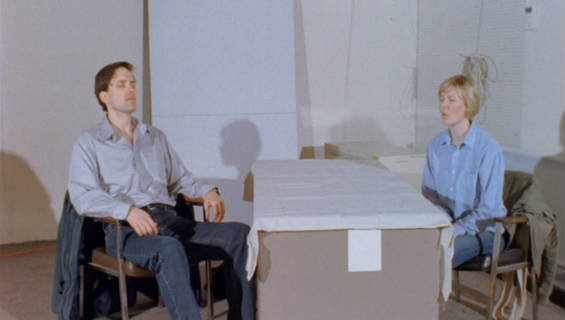 After Last Season is a 2009 sci-fi thriller about new technology that records thoughts as images. Or maybe it's about something else, because the synopses vary by website. The movie reportedly had a $5 million budget, but where the money went is not evident from the finished product. After Last Season opened in four towns. and closed soon after. Some thought it had to be a spoof film, or maybe a marketing prank. Even bad film fan Michael Rousselet was confused by this movie.

The Apple is a low-budget science-fiction disco-rock musical set in the future. The movie was released in 1980 when "the future" was 1994. A small-town couple enters a global talent show and is lured into drug abuse. Thirty years later, the campy film has a cult following. Its rating on Rotten Tomatoes is 17%, but the majority of audience members say they liked it. 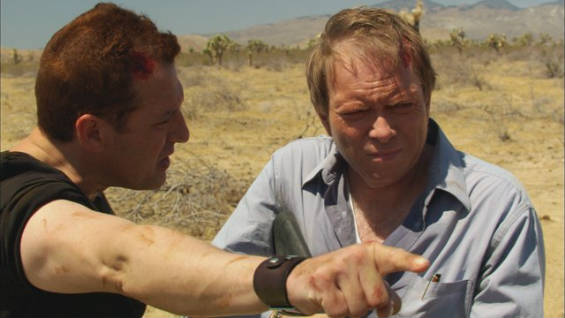 Zyzzyx Rd (or Zyzzyx Road) was a 2006 thriller about a traveling businessman who ends up involved in a killing. It ran for a week in one theater, and earned a total of $30 from six people. One of them later asked for a refund. Since no one was going to pay to see it anyway, it is now available online to watch free. 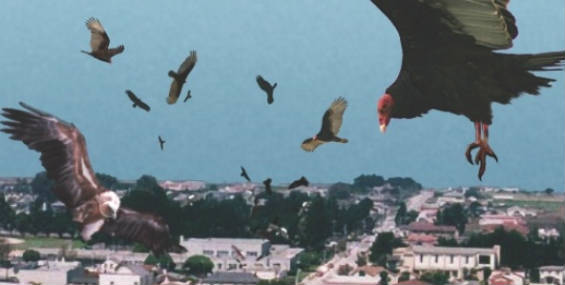 Birdemic is a horror film about birds on the attack. It was reportedly made for around $10,000, far too little for a feature-length special effects horror film. It was released on DVD in 2009, then in theaters in 2010, and again on home video in 2011. Birdemic has a rating of 21% at Rotten Tomatoes. By the way, a sequel is planned for release this fall. 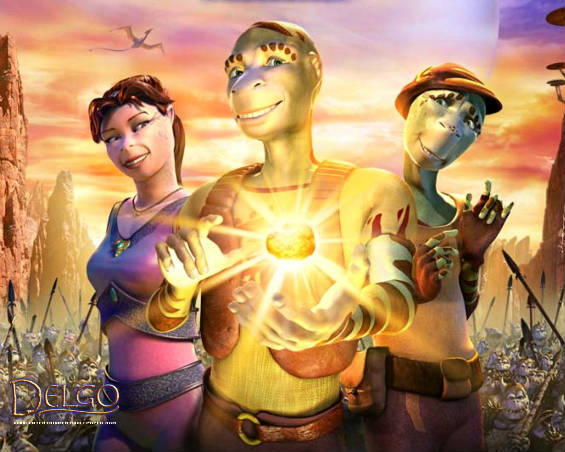 Delgo, a 2008 children's film I never heard of until yesterday, was the previous record-holder for low earnings in a wide-release movie, just $237 per screen. The CGI alien fantasy probably should have gone straight to DVD, where it found a better market, along with the Barbie straight-to-DVD movies. Delgo has as 12% rating on Rotten Tomatoes.

10. The Oogieloves in the Big Balloon Adventure 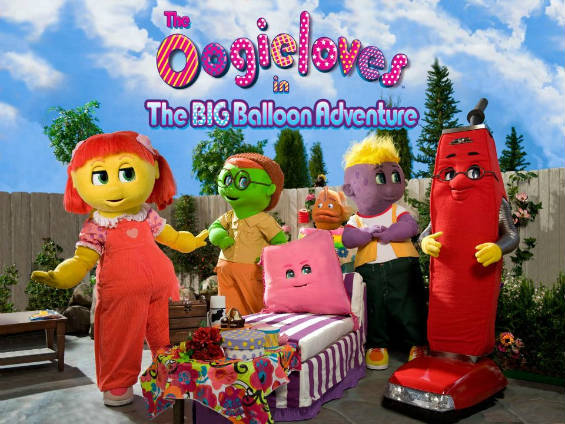 The Oogieloves, a G-rated life-size puppet film, reportedly cost $20 million to produce followed by a $40 million marketing push, so the bad box office is a true financial disaster. Reviewers find watching it to be painful. Even a review from a child (or someone writing from a child's view) points out the movie's flaws.

You could include dozens of films in a list of the worst films ever, but most of those are the result of low budgets and inexperienced filmmakers. Movies like Robot Monster or Plan 9 From Outer Space eventually become somewhat charming in their amateur earnestness. Then there are films you never smile about. If you have other suggestions for the worst film ever, please tell us about them.