The third party presidential candidates we told you about a couple of weeks ago were only the top of the list of those running for president in 2012. There are plenty more, but as you go down the list, information becomes harder to find. Here are a few that are either on the ballot somewhere or are waging a serious (or semi-serious) write-in campaign, in no particular order.

Jeff Boss is an independent candidate for the presidency and a conspiracy theorist. His campaign website claims that the National Security Agency (NSA) conspired to arranged the 9/11 attacks, which he witnessed himself. Boss also claims the NSA is trying to kill him, and that his website has been hacked and altered by the NSA, but the link which visitors are redirected to is empty. See a video of Boss in an article by Becky Turco. Jeff Boss will be on New Jersey's presidential ballot. 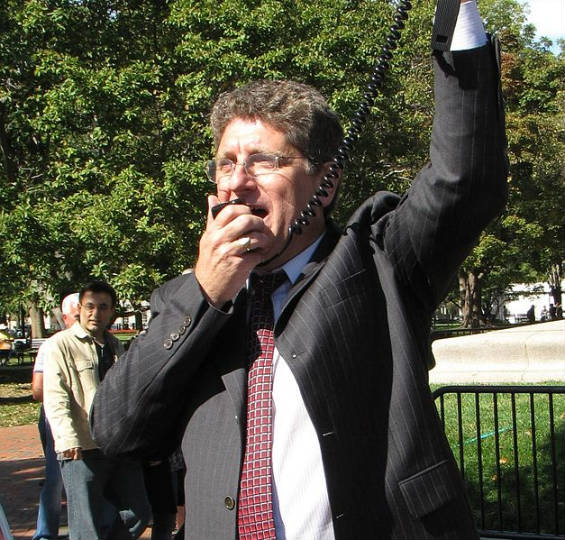 Randall Terry gained fame as the pro-life activist who founded Operation Rescue. Terry has been arrested many times for blockading the entrances of abortion clinics, and he organized protests around the Nancy Cruzan and Terri Schiavo cases, both involving the question of withdrawing life support from patients in a vegetative state. Randall Terry will be on the presidential ballot in Kentucky, Nebraska, and West Virginia. Photograph by Ben Schumin. 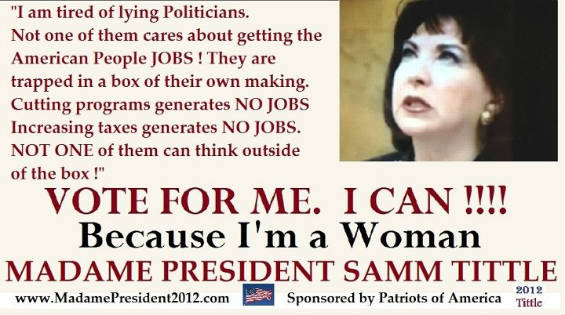 Sheila "Samm" Tittle of El Paso, Texas, is a conservative independent candidate who is running on a platform advocating tougher border security, an end to abortion, smaller government, the abolition of the Federal Reserve, time-limited welfare benefits, and states' rights. Sheila Tittle has ballot access in Colorado and Louisiana. 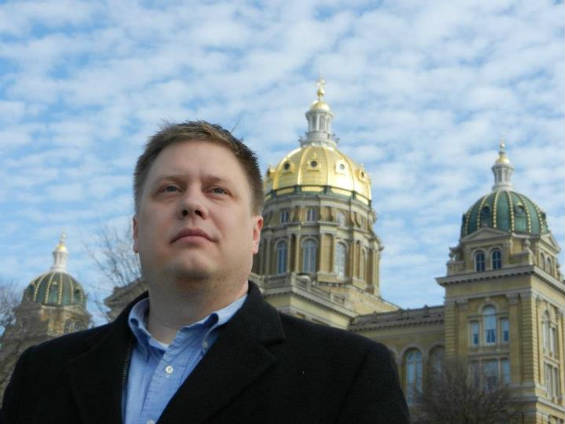 Dean Morstad is an independent candidate from Minnesota who is running on a platform of cutting federal spending, reducing the size of government, and balancing the budget. He is recruiting election volunteers on his Facebook page. Morstad will only be on the ballot in Utah and Minnesota. 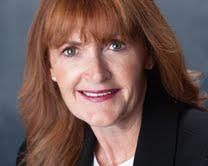 Jill Reed is running for president for the Twelve Vision Party. Reed espouses a "protection-only" government and preaches on the "Prosperity Option" and self-improvement for all. Jill Reed will be on the ballot in Indiana and Florida. 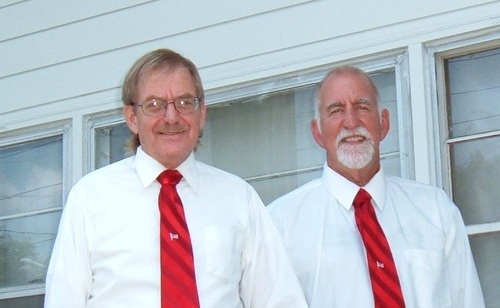 Jerry Litzel is a collector of presidential campaign memorabilia. Now that he is running for president, with his brother (on the right) as his running mate, he will have souvenirs with his own name on them. That appears to be the main thrust of his candidacy. The campaign has no website. Litzel will be on the ballot in Iowa only. 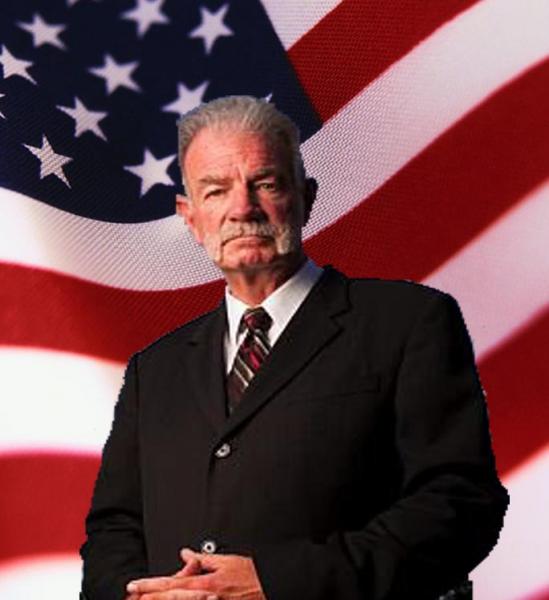 You may recall Terry Jones as the pastor of the Dove World Outreach Center in Gainesville, Florida. He achieved notoriety in 2010 for announcing a Burn the Koran Day. He now has a television show. Jones has no ballot access in any state.

Temperance Alesha Lancecouncil has no campaign website, but she is the candidate of the Anti-Hypocrisy Party. From the mission statement:

A party has been formed to support any, and all of you who expose and oppose - - THE HYPOCRITE. Speak loudly against those who've put themselves in roles of leadership, power, or influence who "talk the talk," but don't "walk the walk." Or those who've walked a crooked path and waddled in its puddles, only now only to chastise you and me. WE ARE THE PARTY OF THE PEOPLE, THE TRUE PILLARS OF HUMANITY.
ANTI-HYPOCRITES, AT LONG LAST, UNITE!!

One gets the idea that this may be a one-woman party. 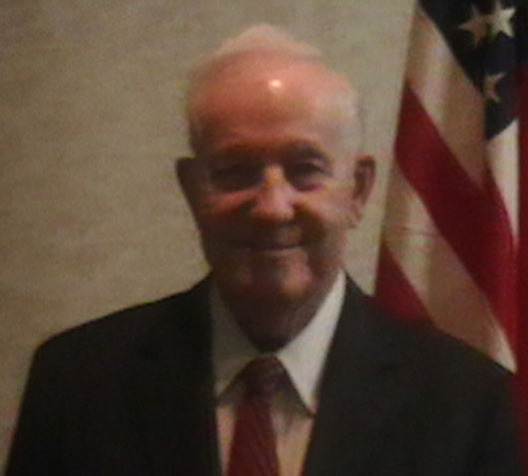 Jack Fellure is the presidential candidate of the Prohibition Party. Fellure, from Hurricane, West Virginia, has put in a bid for president through the Republican party in every election since 1988. He even threw his hat into the ring in 2012, but when the primaries commenced without him, he decided to run with the Prohibition party, which nominated him at their convention in June. His platform is the King James version of the Bible, and of course his affiliation with the Prohibition party means he is anti-alcohol and other drugs. No state will have Fellure on their official presidential ballot this year. Photograph by William S. Saturn.