The Kelpie lives in the lakes and rivers of Scotland, and is often referred to as a "water horse" because it is shaped like a horse. However, the monster can assume other shapes in order to fool its victims. It will lure humans to ride on its back and take them to their doom, usually underwater, and eat them. The same type monster is called Glashtyn on the Isle of Man, Nykur in the Faroe Islands and Iceland, Ceffyl D?r in Wales, and Phooka in Ireland. The Loch Ness Monster is sometimes described as a Kelpie. 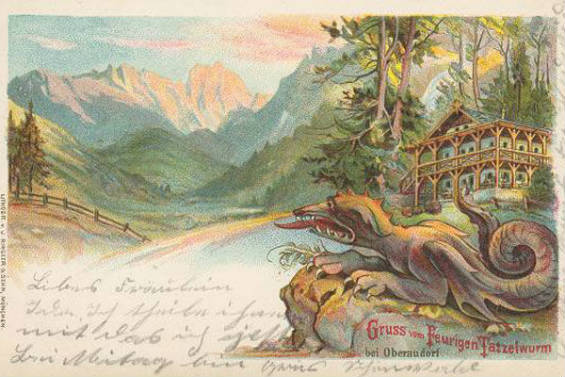 The Tatzelwurm is a dragon that lives in the Alps. The legendary animal goes by different names in Switzerland, Italy, and Austria, and descriptions sometimes include that the reptile has a cat-shaped head. Several sightings have been reported in the 21st century of unusual reptiles up to a meter (or two) long, which most folks assume to be escaped pets, possibly monitor lizards or crocodiles. 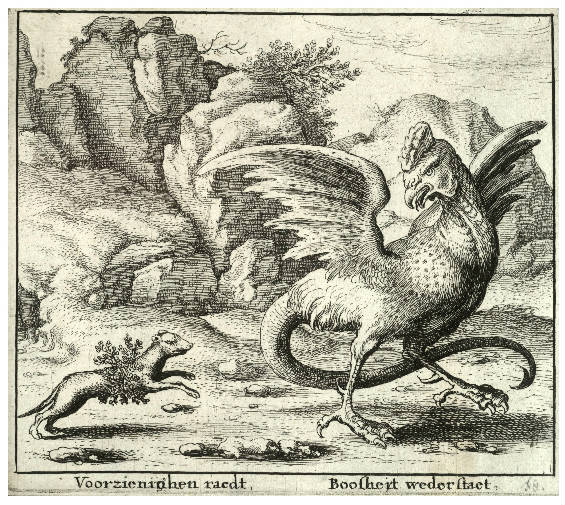 The ancient legendary creature called the Basilisk was feared in Europe and North Africa. It was a combination snake, rooster, bat, and sometimes other animals, that was born from an egg laid by a rooster and incubated by a toad. And it was so venomous, birds flying over it would die! Pliny the Elder wrote about it, and accounts from the Middle Ages blamed basilisks for plague outbreaks and murders. In 1474 in Basel, Switzerland, a rooster was caught trying to lay an egg, and was convicted and executed for his (or most likely, her) unnatural act. A story out of Warsaw, Poland, has an account of a Basilisk retrieved from a basement as recently as the 16th century. The only person in town willing to venture into that basement was a death-row prisoner, willing to risk it to win a pardon. 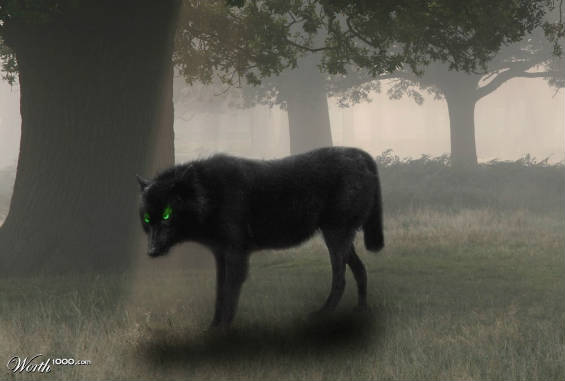 Black Shuck is the name of a ghost dog that roams Norfolk, Suffolk, and other parts of England. It is a large, black canine with flaming red or green eyes, or sometimes just one eye in the middle of its head. If those eyes catch your gaze directly, you are doomed to death within a year. There are various origin stories for the dog, which was first reported seen in 1577. Black Shuck may have been the inspiration for Arthur Conan Doyle's Hound of the Baskervilles. Image by GuMNade. 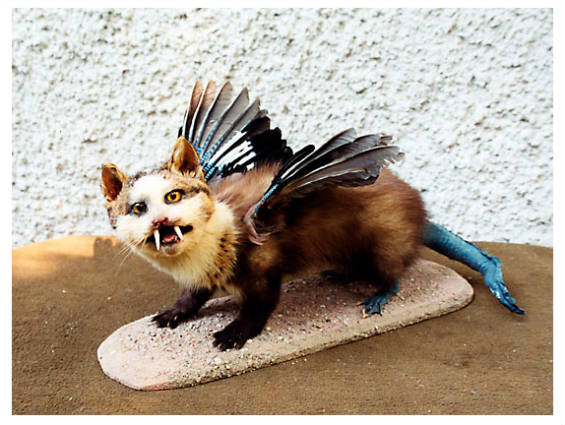 The Wolpertinger is a chimera, a combination of several animals into one entity, described variously as a rabbit or squirrel with antlers and wings and other animal parts, said to live in the Bavarian region of Germany. The Wolpertinger is a close relation of the American Jackalope, the antlered rabbit. Taxidermists have created plenty of imaginative Wolpertingers. Photograph by EbrithilBowser. 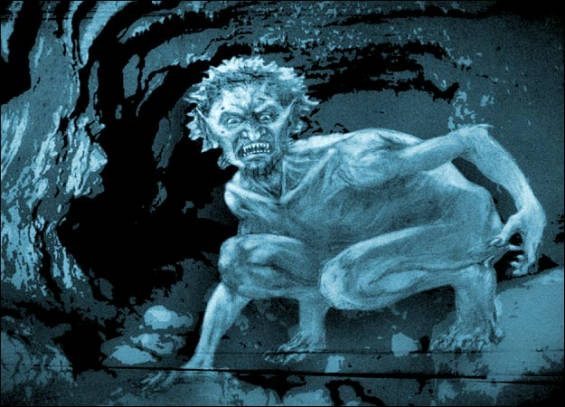 Strigoi are Romanian vampires (and you thought they all were Romanian). They come in a couple of flavors: Strigoi mort are the undead, risen from graves, as opposed to Strigoi viu, a living vampire or witch. If a person dies before being married, or has lived a life of pain and regret, they may return as a Strigoi. Children born with a fetal flap or caul on their heads are also in danger of becoming Strigoi, as well as anyone who dies and whose body is walked on by a cat. These monsters typically have red hair, blue eyes, and two hearts. Strigoi can also take the form of an animal to stalk victims and then drink their blood. They can even become invisible in order to attack their relatives. Many of the Hollywood features of vampires came from the Romanian version: Strigoi can be defeated by garlic or a stake through the heart, and they don’t like sunlight. Bury a bottle of wine with a corpse, then dig it up six weeks later. Those who drink this wine will be protected from a possible Strigoi attack -at least by that particular corpse. 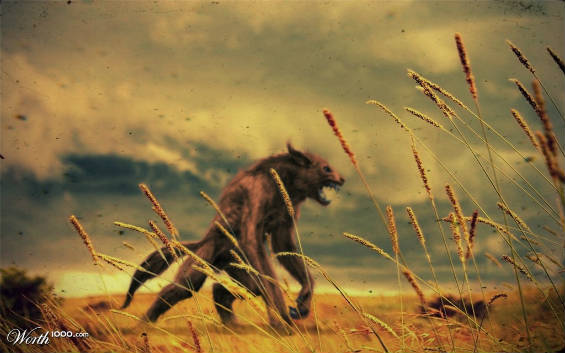 The Loup Garou is the French form of a werewolf. This creature can change from a human into a wolf at will, unlike a werewolf, who is at the mercy of the moon's phases. The Loup Garou also keeps his human wits while in the guise of a wolf, which makes it no less dangerous. This legend traveled to Louisiana where it became known as the Rougarou. Image by Djelibaybi. 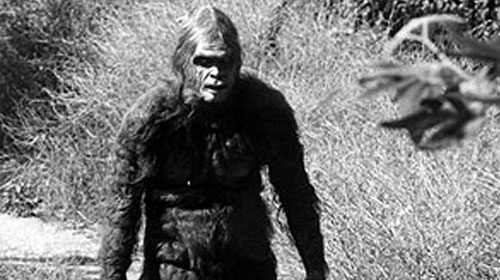 Fear Liath (full name Am Fear Liath Mòr) is the name given to a ten-foot-tall humanoid creature that haunts the summit of Ben MacDhui, the second-highest mountain in Scotland. It is also called The Big Grey Man of Ben MacDhui. The creature causes an uncontrollable feeling of dread or panic among hikers who never see it, but feel its presence. The first recorded sighting was by scientist John Norman Collie in 1890, although he was so frightened he didn’t tell anyone of the encounter until 1925. When he did, he found that others had seen the same creature on the same mountain, or at least felt his presence.

The Norwegian ghost known as the Gjenganger comes back from the dead because he left something undone in life, was murdered, or committed suicide. The Gjenganger commits violence against the living and can spread disease by pinching a victim, or in some traditions by biting the face. The Gjenganger also appears in Danish and Swedish lore under slightly different spellings. 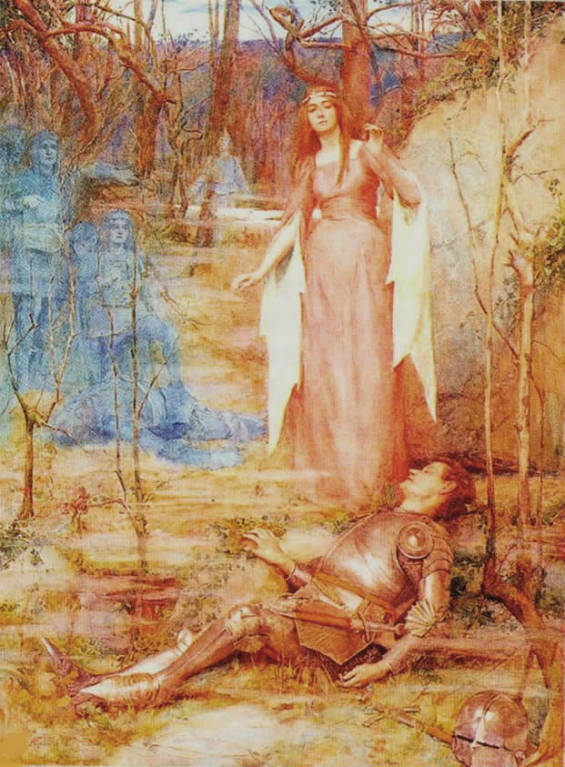 The Irish Banshee is a solitary female fairy connected to a family, although it lives in the forest. The Banshee will scream when a family member's death is imminent, and long after the death in mourning. From this legend we have the phrase "scream like a banshee." It is thought that the legend rises from the practice of "keeners," women who wail in mourning at funerals, sometimes professionally.