10 Clever and Creative Costumes for Halloween

Every year, people amaze me not only with their ideas, but with their talent and dedication at bringing the best costumes to life for Halloween (and other occasions). I hope you enjoy these as much as I do!

When Cecilia Gimenez "restored" a Spanish fresco of Christ and rendered it more of a cartoon, she spawned an epic internet meme and therefore a Halloween costume. This one was made by redditor spinjump. See more pictures here. 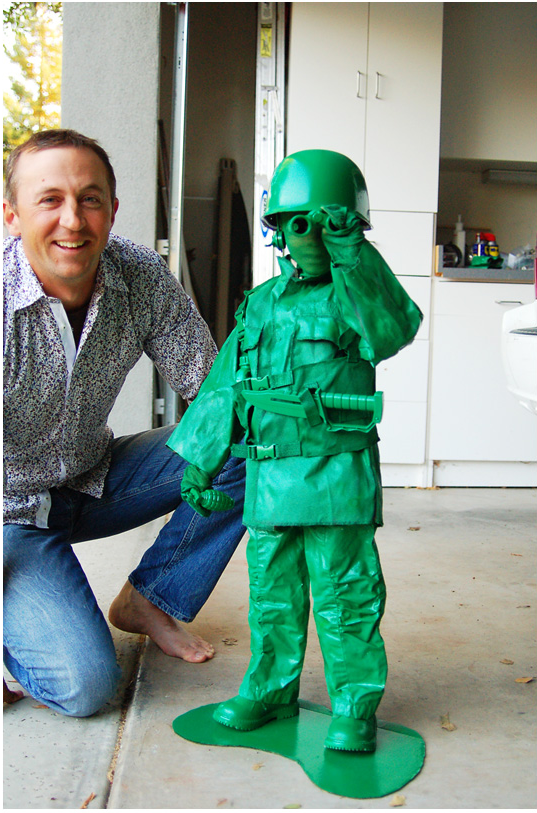 Rebekah Tennis made this costume for her son in 2011. He wanted to be an Army guy, but with a little work and a lot of green paint, he's a soldier straight out of Toy Story! She then posted the process of creating this costume. The character Cherry Darling from the movie Planet Terror startled folks when they saw that one of her legs was a machine gun. Then it inspired some women to recreate the scene. Now, if you are a beautiful amputee like Lacey Henderson, who gained note as a college cheerleader a few years ago, you can make hay by cosplaying the character at fan events. Henderson has a webpage with instructions for those who aren't amputees on how to recreate the Cherry Darling look, and an annual competition is held for the best machine-gun-leg costume. Photograph by Flickr user Cameron Yee. 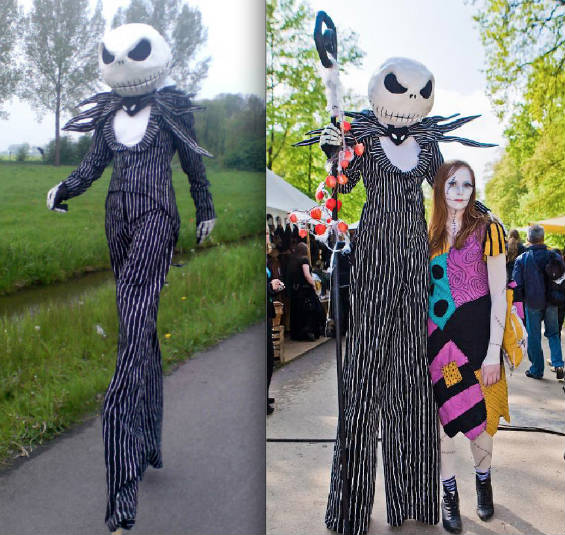 DeviantART member Mnemousyne created this super-tall Jack Skellington costume by making a suit that fits over stilts. The head is built over a helmet, making it more stable, but still a bit hard to see from. Her sister is modeling the costume here; Mnemousyne is in the Sally costume. 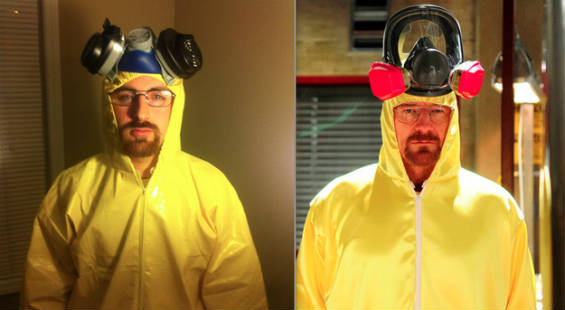 Walter White, the main character in the TV show Breaking Bad, is no role model, but a popular Halloween costume -especially after we saw him in a hazmat suit. I traced this one to Rob in Chicago, who won an online costume contest with his realistic version. 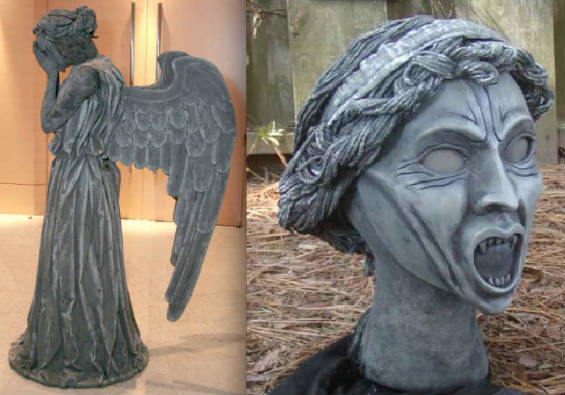 The Weeping Angel is a scary character from the Doctor Who episode "Blink." Livejournal user penwiper337 made this costume of the Weeping Angel to wear at DragonCon. You can follow the process of building it at her blog. 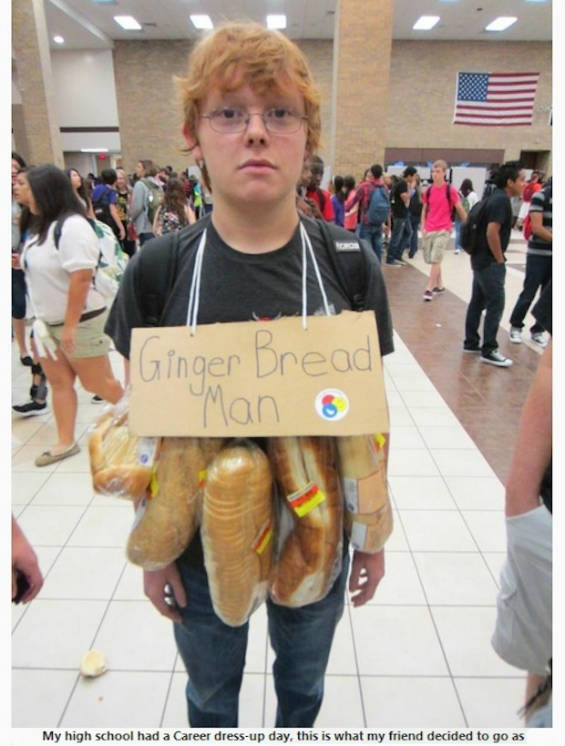 The costume was created for a career day fair, but would work for Halloween if anyone took the time to think about the pun.

8. Dorian Gray and his Picture The party was literary-themed, so Heather and David came up with a couple's costume right out of the novel The Picture of Dorian Grey. Heather is Dorian, of course, and David is aged up and framed to be …his picture! Photograph by Flickr user Jason Adams. 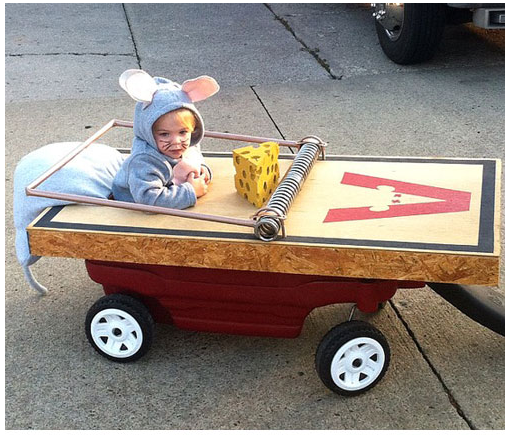 Jeff from Ohio told the story of how he made this mousetrap costume for his 3-year-old daughter. Being trapped is a very good excuse for not walking house to house, but a set of wheels got her there anyway! He cut the wood and mounted it to a wagon, welded on the metal hardware, and made the back half of the mouse to work as a cushion for the child's back. Adorable!

YouTube member cmtification wore this Luxo Jr. costume for Halloween in 2010. The only information I can find out about him/her is that cmtification is 16 years old, that he/she made the costume him/herself. In part two of the video, we find out that, yes, the wearer can move the arms and feet separately when needed.