Nominative determinism is the theory that a person's name has some influence over what they do with their life. Keep that in mind as you read this story. A young red-tailed hawk fell out of a nest that was being monitored by a webcam in Portland. A police officer was able to put the bird in a box and take it to the Audubon Society. His name? Officer McCageor "Cage" Byrd. This is not quite an example of nominative determinism, but it's the perfect name for this particular story. Now, if Cage Bird were to become an ornithologist or a pet shop owner, that would be nominative determinism. Other terms for the same phenomenon are aptonyms or aptronyms, although those words do not necessarily connote a career path.

Two names in high positions in the British legal system are exceedingly appropriate. Igor Judge (pictured) is the current Lord Chief Justice of England and Wales, which means he is the chief judge. You my think of him as Judge Judge, but please address him as Lord Judge. John Laws is the British Lord Justice of Appeal, which is also a judge position. I'm not sure whether addressing him as Lord Justice or Lord Laws is more correct, since the case of Igor Judge is no help in figuring it out. Over here in America, Jennifer Justice is a music industry lawyer. The most awesome legal name I know belongs to Royal Canadian Mounted Police officer Law Power. Image by Wikipedia user Bencherlite. 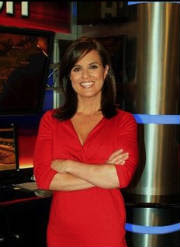 Meteorologist Amy Freeze has to constantly answer the question, and yes, that's her real name. She works for WABC in New York City. Meteorologist Larry Sprinkle is a longtime weatherman, recently marking 25 years at WCNC in Charlotte, North Carolina.
*
Retired New York meteorologist Storm Field came by both his name and career honestly, because his father Frank Field was a meteorologist first. His sister Allison overcame her normal name to also became a meteorologist. 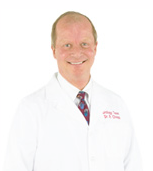 The medical field has unlimited opportunities for nominative determinism because of the many specialties. Pictured here, Dr. Richard (Dick) Chopp is an Austin urologist who is known for performing vasectomies. Really. Other doctors at the same urology clinic include Dr. Hardeman and Dr. Wang. Dr. Lee Popwell is a chiropractor. Dr. Richard Payne is a recognized expert in pain relief, particularly in terminal patients.
*
Dr. Gary Alter is a plastic surgeon and urologist, which qualifies him to do gender reassignment surgery, as well as the more common cosmetic and reconstructive procedures. Dr. Russell Brain was an eminent British neurologist who wrote about the brain and edited a medical journal dedicated to neurology called Brain.
*
Dr. Stephanie Payne is a dentist. As is Dr. Dan C. Pullen, Dr. Mark Pullen, and Dr. Reid Pullen. Let's don't forget Dr. Lee Pullen, Dr. David Pullen, and Dr. Kyle Pullen. But the best dentist name of all is
Dr. Randall W. Toothaker. 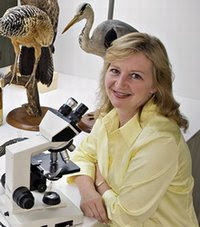 Ornithologist Carla Dove (shown here) is in charge of the Division of Birds at the Smithsonian's Museum of Natural History. Retired biology professor Mitchell A. Byrd is an ornithologist who spends his time with various conservation organizations, working to save eagles, falcons, and other raptors. Nick Rock was once the head of the Geology Department at the University of Western Australia. He lives on in a memorial scholarship named in his honor.
*
Ron Rumble is an acoustical and vibration engineer, who once had a consulting company in Australia with his name. It merged with another company in 2008.
*
Professor Peter Jonathan Fryer is the head of the chemical engineering department at the University of Birmingham. His field of research is the food industry. James W. Dean is not a movie star, but the dean of the Kenan-Flagler Business School at UNC. You can call him Dean Dean.

Prince Fielder (pictured) plays baseball for the Milwaukee Brewers. His position is first base. His father, Cecil Fielder, was a pro as well. Of course, you must be familiar with the appropriateness of world-record sprinter Usain Bolt's name. Scott Speed is a race car driver, as is Lake Speed. I don't think they are related to each other.
*
In the Russian language, female surnames often end on "-ova," which sounds like "over" in English, which gives us many punny athlete aptronyms. Svetlana Filippova was a springboard diver on the Russian team at the Beijing Olympics. Marina Stepanova is, of course, a hurdler. And Anna Smashnova is Israel's top tennis player.

David Quick is a journalist in Charleston, South Carolina. That's because you can't really make a living running marathons, which is what he also does -and he writes about running! As a business reporter, Louise Story writes stories for the New York Times. 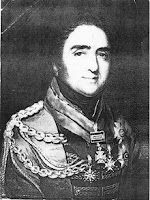 Millions of men have served in the military, whether they make a career of it or not. Still, you have to wonder if one's name might spur enlistment, from Lieutenant General Sir Manley Power in the 18th century to Lance Corporal Rad Heroman in the 21st century.
*
Marietta Clinkscales was a piano teacher whose pupils included a young boy who later became known as Duke Ellington.
*
Anne and Frank Webb founded the British Tarantula Society.
*
Ed and Sharon House are realtors in Las Vegas.
*
These are just examples of thousands of people who have names appropriate for their chosen careers. If you have a favorite not listed here, please tell us about them in the comments!