The German Who Refused to Perform the Nazi Salute

This photograph has been passed around and discussed because of the one German in the crowd who did not perform the Nazi salute. Some sources say the photograph was taken in 1936 at the unveiling of the ship the Horst Wessel, at which Adolf Hitler was present. However, Irene Landmesser recognized the man as her father August Landmesser, who was sentenced to a labor camp in 1938, and worked in a shipyard as a prisoner, so the exact date of the photograph may be in doubt. 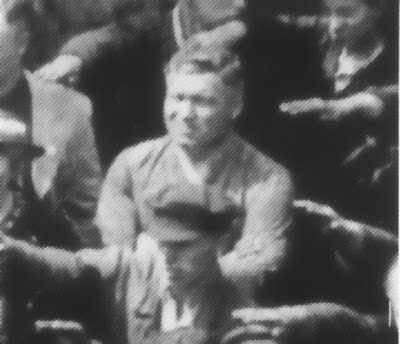 The Landmesser family's tragic history under the Nazi regime is chronicled in Irene Messer's book A Family Torn Apart by "Rassenschande," of which a large part is available online in English. August Landmesser was sentenced to two and a half years imprisonment for falling in love. The rest of the family suffered their own fates. 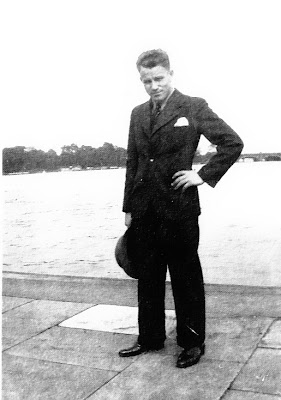 August Landmesser joined the Nazi party in 1935 because he thought it would help him with employment. After all, he had a family to support. He had met Irma Eckler in 1934 and they filled out an application to marry in August of 1935. Their application to marry was rejected because Irma was Jewish. The law against such marriages had been passed, but wasn't supposed to go into effect until September. Irma's mother and two sisters had married non-Jews already, and were grandfathered into law. But the untimely rejection of Landmesser's application spelled eventual doom for the family. 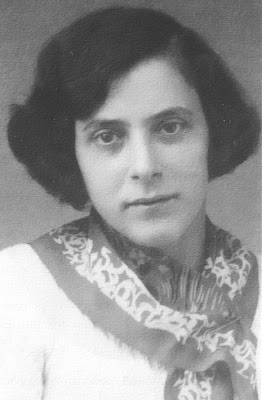 Previously, Irma wasn't quite sure about her racial designation. Her father, Arthur Eckler, was the product of a Jewish mother and non-Jewish father. Irma's stepfather was a non-Jew, and Irma, her mother, and sisters were all baptized as Protestants in 1931. 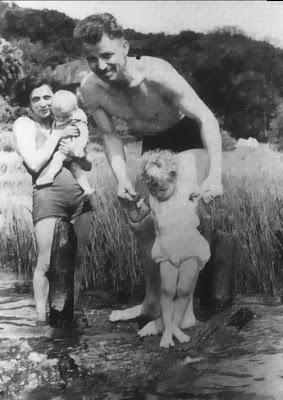 August and Irma nevertheless stayed together and their daughters,  Ingrid and Irene, were born in 1935 and 1937, respectively. Meanwhile, the German government issued an edict in secret:

"Protective Custody" in this case was not to be taken literally: it was code for arrest. The males in these cases were arrested and charged with breaking the law.  August was arrested on July 28, 1937, a few days before his second daughter, Irene, was born. He was acquitted in May of 1938 on grounds of insufficient evidence because of the confusion over Irma's classification. August was arrested again in July of 1938 because he returned to Irma, therefore committing another act of Rassenschande. He was sentenced to two and a half years. His conviction set the secret edict into motion, and Irma was taken into custody. Her children were sent to an orphanage. Irma's Aryan stepfather was able to retrieve Ingrid, who was thereafter raised by her grandmother. Irene stayed behind, eventually to go into foster care.

August was sent to Börgermoor Prison Camp, where inmates were used for labor in armament factories and shipyards. 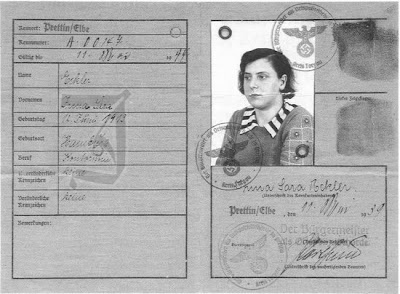 Irma was sent to various internment camps: Oranienburg, Lichtenburg, and Ravensbrück. As war broke out and years went by, conditions in the camps deteriorated. Irma Eckler was transferred from Ravensbrück to the Bernburg death camp in 1942, where she was led to the gas chamber. 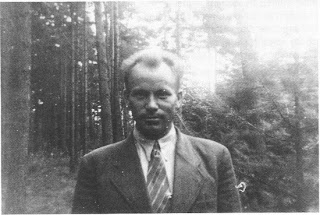 August Landmesser was released from custody in January of 1941. He went to work in Warnemünde, and in 1943 was engaged to a Russian woman who used the name Sonya Pastschenko. When the German army occupied Ukraine, they had found her working as a nurse for the Russian army and deported her to work in Warnemünde. August contacted his daughters and introduced Sonya in 1943. But the family was never reunited. August was drafted and sent into battle with Bewährungsbataillon 999 in 1944. He was reported as missing and presumed dead in November. He was officially declared dead in 1949. Irene was not aware of his status and held hope of his return until 1994, when she finally saw the notification that her sister Ingrid had received. 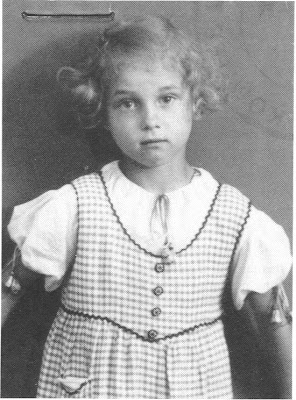 Ingrid Eckling (later Landmesser) was born in 1935, before the Nuremberg Laws went into effect, so she was classified as Mischling (half cast). She therefore escaped much of the anti-Jewish persecution of the Nazi era. Ingrid stayed with her maternal grandmother until adulthood. 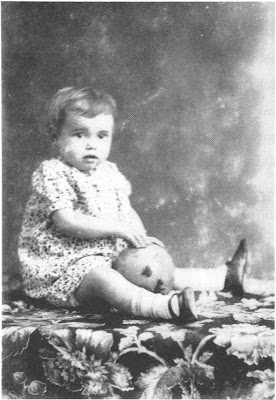 Ingrid's younger sister Irene, born in 1937, was classified as a Jew, which meant she was eventually subject to carrying an ID card and wearing a yellow star at all times. After a period in an orphanage in which she suffered physical abuse, Irene was taken in by a foster family named Krause in 1940 and then by the Proskauer family in 1941. She was unofficially renamed Reni Proskauer. Around this time, the father, Erwill Proskauer, who was Jewish, was made to perform forced labor. In 1942 Irene, who was five years old, was picked up with a group of Jewish orphans and was to be sent to the camps. However, an acquaintance grabbed her out of the group and disappeared into the crowd. "Auntie Schneemann" took Irene to Austria for several months. She was the only survivor of the group of orphans. 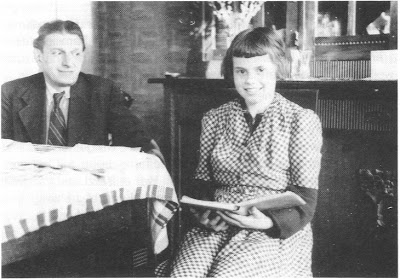 Upon her return to Hamburg, Irene was hidden in a hospital ward, during which time her Jewish ID card was "lost." In 1943, Frau Proskauer, afraid her daughter "Reni" would be exposed as a Jew, absconded with the girl to Calvörde in Brandenburg and hid until the end of the war. Erwill Proskauer had no idea where his wife had gone. After the war, the Proskauers never officially adopted Irene, and turmoil in the family caused her to move in and out of an orphanage. She eventually contacted her sister Ingrid and began to research the family history.