Out of the Ordinary Thanksgivings

For many Americans, Thanksgiving is a very consistent holiday. Every year is the same: the same feast with the same dishes, the same family members sitting at the same places around the table, and everyone knows what's going to happen. It's tradition! And most of the time, we love it that way -or else we would change it. But what if it was different? While you're enjoying the traditional family holiday, read about some Thanksgivings that fall outside the norm in one way or another.

I've hosted Thanksgiving for years, and can't say I've had any real disasters. Several times I remembered the rolls in the oven after everyone has eaten, but that's no disaster. A disaster is when a dog carries your turkey off, or when everything else is done and you find the turkey needs another two hours to cook. Every year there are posts that share stories of Thanksgiving dinner gone wrong, with more stories always posted in the comments. The Butterball Hotline collected the most classic stories of clueless cooks and their turkeys.

Starlen, however, had a turkey disaster in 2005 that was so complete he had to write about it. He and his friend Tomas lived through the list of things that can go wrong with the manly deep-fried turkey plan, starting with buying the fryer the day before Thanksgiving. The store was sold out, but the staff was glad to piece together two returned fryers for them, crossing fingers that it would work. That one fact gives us three clues about what eventually led to a charred, black turkey. For one, it was the first time either of these men tried to deep-fry a turkey. Second, they waited until the last minute to make sure they had all the tools and supplies they needed. And three, the fryer itself had been returned to the store because it was defective, or rather, two fryers were returned because they were defective. Can you guess which part was still defective? You can read the entire story to find out. Of course, it could have been much worse. Starlen and Tomas were outside, away from any flammable structures, as all turkey-fryers should be. The deep-fried turkey has elevated Thanksgiving to the level of dangerous holidays like the Fourth of July and News Year's Eve. Here's a set of videos that show how a Thanksgiving turkey can turn into a ball of flame bent on destruction.

The Stranger at the Table

Everyone is welcome at my table, so I am used to various cousins and in-laws showing up for Thanksgiving, expected or not. There's always enough food. But I usually know who they are. One year, a carload came with a fellow I'd never met. Someone may have introduced him by name, but no one ever explained who he was. It was only weeks later that I found out he was my late husband's cousin's boyfriend. I would have never guessed, as the man was at least 30 years older than the cousin (they later married). But that story pales in comparison with the Tran family, who welcomed a stranger from the other side of the globe.

Thanksgiving with the Tran Family 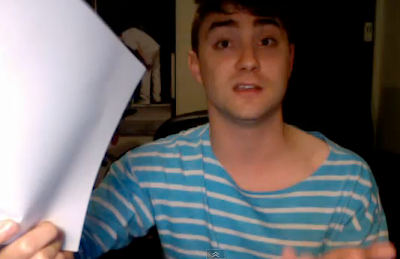 Australian journalist James West has the same common name as a man of the Tran family of Florida, and his email address was inadvertently entered into someone's list. Years ago, he began to receive groups emails about their Thanksgiving plans. He mostly ignored them. After all, he didn't know these people, and Thanksgiving is an American holiday he didn't celebrate. But last year West started reading them and got to know them a bit. He retrieved old messages from previous years that had more information. The more he learned, the more intrigued he became. After a while, he could even piece together who was related to who. He wanted to go and have Thanksgiving with the Trans, but was unsure about how to go about doing it (not wanting to appear creepy, you know). So he took the dilemma to YouTube (which is still somewhat creepy). The videos he made about the quest were popular in Australia, but the Tran family did not know about them. Yet.

West finally responded to a message, asking what he could bring. They suggested he bring corn. That weighed heavy on his mind, because they still thought he was the intended relative. So he came clean and explained who he really was -a stranger in Sydney. Martha Tran DeForest replied, "You are so invited!" At the last possible minute, West boarded a plane in Sydney and flew 20 hours to Florida for the holiday. 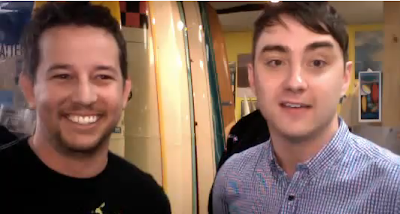 The Tran family welcomed West at the Miami airport and took him to Jupiter to meet the "Tran Clan," and then to Port St. Lucie for the feast. The two James Wests finally got to meet.

The event made both local and global news. West and the Americans became friends and the Trans held an additional party in West's honor before he had to return to Sydney. You can see the entire series of videos at West's YouTube channel.

This year, West is in America once again, this time covering the Occupy Wall Street protests. You can follow his updates at Twitter. Sure, It's a family holiday, but everyone should spent at least one Thanksgiving out of their lifetime with those who don't have family or someplace to enjoy a home-cooked feast.

David and Marie Linton are not only helping to serve Thanksgiving dinner, but are manning the front desk at the homeless shelter in shifts with other volunteers. They serve meals at a soup kitchen on other days, but say that Thanksgiving is special.

“It was a way to be of service. It’s a real time to be grateful for all the blessings we do have, and this was a good way to be thankful. It made the day more special, because we could not only give thanks in our prayers and our thoughts, but we could also in our actions.”

Shelley Gillespie makes volunteering a way of life, and introduced her son to the joys of serving those less fortunate when he was quite young. 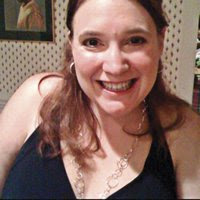 Becky Genese first volunteered at a soup kitchen during college, since she couldn't afford to go home for both Thanksgiving and Christmas. Volunteering wasn't her idea, but she went along with a friend.

“I don’t recall being very enthusiastic about it,” Genese said. “But when in Rome…”

To her surprise, she said she had a great time and felt a “real sense of joy” volunteering that day. This ultimately led to ongoing volunteer work with homeless and sheltered populations throughout New York. Later, she began volunteering at the soup kitchen offered through her lower Manhattan church and continues to give of her time year-round, even though she has since moved to New Jersey.

Genese is now married with children, and after she cooks for her own family ahead of time, she takes more food to a Manhattan soup kitchen and serves Thanksgiving dinner to the homeless.

One thing that the stories of volunteerism have in common is that helping out becomes a habit, because it is more rewarding than you'd expect. And it doesn't have to be Thanksgiving to be a joyful event. Many soup kitchens, food banks, and shelters need volunteers for the Christmas season and all year round. It sure helps to put one's problems into perspective.

Maybe you have to work on Thanksgiving, or maybe you're away at school, or you live away from your extended family. Memories of Thanksgivings past can make you a lot more homesick than other days. But no one is farther away from home than soldiers in a war zone. Military meals in Afghanistan can mean MREs in the field, mass quantities at established bases, and everything in between, depending on the day and the situation. At Thanksgiving, those in charge try their best to bring in traditional holiday foods for everyone. About a quarter of the 160,000 Americans serving in Afghanistan will have Thanksgiving dinners airlifted to their remote locations -the only way to get supplies in if you're in the mountains. For troops in both Afghanistan and Iraq, the Defense Logistics Agency is providing Thanksgiving dinner.

1st Lt. Lorena Vega was the logistics officer at Kapisa PRT (Province Reconstruction Team) in Afghanistan in 2010. She spent weeks coordinating a Thanksgiving feast in which all 100 troops and support personnel could sit down at the same time -which doesn't happen for everyday meals. Finding a place that big, and enough tables and chairs, was a real job. Vega also managed to get tablecloths and candles to make the meal special, but having a place for everyone to be together at once was what the soldiers appreciated most.

All these different Thanksgiving scenarios have one thing in common. They highlight the fact that even though we describe our Thanksgiving holiday in terms of the food, that doesn't matter nearly as much as the people you spend the day with. Whether your Thanksgiving is exactly the same as you expect every year, or if this is the year you plan something different, or even if things take an unexpected turn from what you planned, remember that family, friends, colleagues, or even total strangers make it what it is.