There are over a million described species of insects, and even more when you count the arthropod class they belong to -but more are being discovered every day. And the variety of these bugs is astounding. Here are seven species that caught my attention lately.

A 20-million-year-old bat fly was discovered in a mine in the Dominican Republic, the first fossilized fly of its type ever found. Its descendants are still around, sucking blood from modern bats, but scientists did not know how far back these parasites existed. But what's even more enlightening is that this fly carried an ancient strain of bat malaria, of a species new to science. George Poinar, Jr. of Oregon State University found the fly, and also found the malaria while examining the fly under a microscope. Poinar's work on extracting DNA from insects in amber was the inspiration for Michael Crichton's novel Jurassic Park. However, Poinar has no plans to extract DNA from the bat fly, as the specimen is too rare to tamper with. Photograph by George Poinar, Jr., Oregon State University. The Golden Tortoise Beetle (Charidotella sexpunctata bicolor) looks as if it is wrapped in foil. Their gold color changes to red when they become excited! But if you were to save one for a collection, they tend to turn a dull red after they die. Better to grab your camera while they live, often on morning glories or sweet potato plants. Photograph by Bev Wigney.

Giant walking sticks are in the news. Dryococelus australis, called a tree lobster by some, was found only on Lord Howe Island in the South Pacific off the coast of Australia. The insects were 12 centimeters long and were used for fish bait. But ship rats invaded the island in 1918 and wiped them out. No specimens were seen after 1920, and the walking sticks were thought to be extinct. However, an uninhabited volcano called Ball's Pyramid rose from the sea 13 miles away. In 2001, scientists David Priddel and Nicholas Carlile climbed the volcano to check out rumors of tree lobster sightings. In the dark, under a bush, they found 24 live specimens of Dryococelus australis. Two if them were taken to the Melbourne Zoo and have successfully reproduced. Photograph by Peter Halasz. 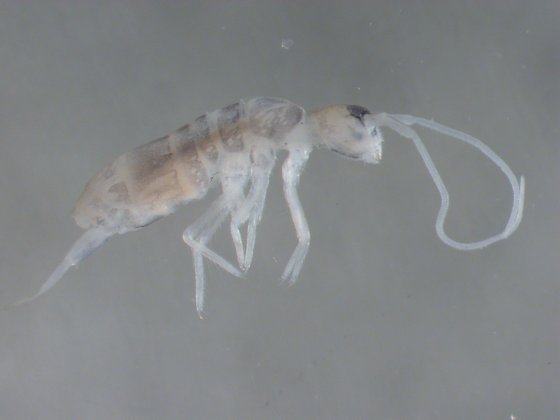 Krubera-Voronya Cave in Abkhazia, a region that broke away from Georgia, is the deepest known cave in the world. Four new species of arthropods called springtails (Collembola) were recently discovered, two at 1600 meters down, and two more at 1980 meters, making them the deepest-dwelling land animals known. Pictured is Plutomurus ortobalaganensis, found at 1980 meters down. The other species are Anurida stereoodorata, Deuteraphorura kruberaensis, and Schaefferia profundissima. Springtails are hexapods, which are ancient cousins of insects. And what do they eat so deep underground? Each other. Photograph by Rafael Jordana and Enrique Baquero. 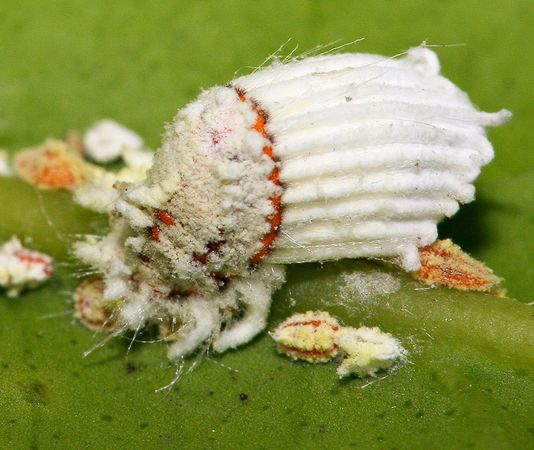 An insect called the cottony cushion scale (Icerya purchasi) has developed a way to produce offspring without a mate. Some females develop with their father’s sperm growing into an bundle of male tissue inside the developing female’s body. This tissue can later produce sperm needed for the female to produce baby scales. In other words, the female is born with a supply of sperm to use later. Self-fertilizing species do not flourish as well as those that reproduce by sex because the genetic variability tends to die out over generations. Female cottony cushion scales are not truly hermaphroditic, as much as they are two different individual insects within one body. Photograph by Peter Hollinger. 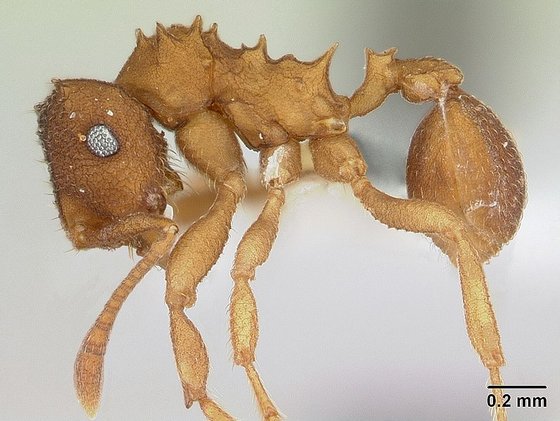 A colony of Amazonian ants (Mycocepurus smithii) were studied by a team from the University of Arizona and found to all be genetically identical to their queen. They were all female, and had withered mating organs. The species reproduces by cloning! The queen merely produces worker ants with her own genes. These ants are farmers, growing their own fungi to eat. Photograph by April Noble. 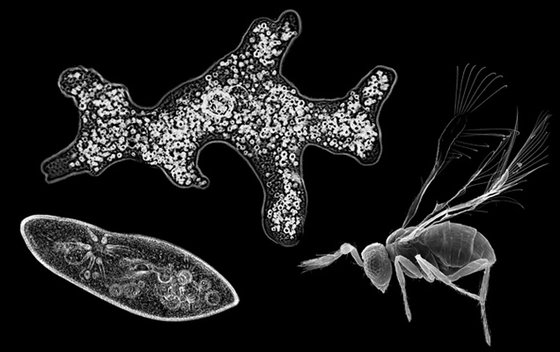 People who make toys, dollhouses, or other miniatures know that certain laws of physics apply that make miniaturization difficult. Certain laws of biology apply, too, but at least one wasp (Megaphragma mymaripenne) seems to do an end-run around some of those rules. The wasp is only a fifth of a millimeter long -smaller than many single-celled creatures! Russian scientist Alexey Polilov discovered that M. mymaripenne trims back organs in a manner that seems inconsistent with life, but they manage anyway. A housefly has around 340,000 neurons in its nervous system, while this tiny wasp has just 7,400 neurons. And most of those don't have a nucleus. Yet this insect eats, flies, and reproduces just fine. Photograph by Alexey Polilov.

See also: 9 Spiders and the Stars They Were Named For, 5 Creepy Crawlies People Love to Eat, Delightful Insects of Summer. and Ugly Bugs.