There is a select group of people who have achieved lifetime Mother's Day credits by saving Mom's life. However, being the kind of people they are, they will probably honor her on Sunday anyway. We hope your mother is never in the position the moms in these stories found themselves in. I'm sure your mother will appreciate flowers and a card.

Ten-year-old John Kearney of Cumberland, Maine was hiking with his parents when his mother, April Kearney, fell 30 feet down a hill and struck her head on a rock. She suffered a seizure and was bleeding from a gash on her head. After wrapping her wound, John's father ran over two miles to get help. Meanwhile, John put his Boy Scout skills to work, keeping pressure on the wound and preventing his mother from losing consciousness. Two hours went by before help arrived, and John was still working to help April. She was airlifted from the mountain and recovered. For his life-saving work, John was honored with the the Meritorious Action Medal from the Boy Scouts, presented to him by the governor of Maine. See a video of the award presentation.

Ten-year-old Madisyn Seyferth of Sheboygan, Wisconsin, was a big fan of Grey's Anatomy. That came in handy last year when her mother Kandace had an unusually severe asthma attack. Madisyn directed a friend to start chest compression while she performed mouth-to-mouth breathing, which she learned from the TV show. Paramedic were there within minutes, and said that the CPR probably saved Kandace's life. 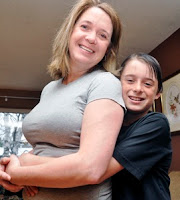 Eleven-year-old Keith Corbett of Orangeville, Ontario was the only family member around when his mother Genene began to choke on a piece of chocolate. Keith saw that she couldn't speak and asked her for a thumbs up if she needed the Heimlich maneuver. She gave a thumbs up and her son gave her only two thrusts before the chocolate was dislodged. Genene and her husband Dale are both advance care paramedics, and had trained both their sons in the Heimlich maneuver and other life-saving techniques -which paid off big time. Keith is now considering becoming a paramedic when he's older. Photograph by Chris Halliday.

And there are many, many stories of young children who saved their mothers' lives by calling 911. They are all heroes. 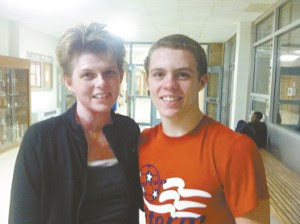 Gina VanDeWalle of Davenport, Iowa, was severely burned by an exploding firepot last year. The flaming fuel gel from the firepot stuck to her body, but her 16-year-old son, Randy Cook-McPhee, quickly took his shirt off and smothered the flames. VanDeWalle suffered burns over 20% of her body and required surgery and an extended hospital stay. Cook-McPhee took care of his younger siblings while his mom recovered. 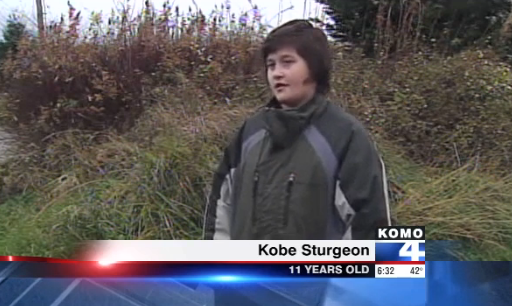 Paul R. Newman rented a room from a woman in Bellingham, Washington. He came home drunk one day last year and began to choke his landlady. The homeowner's 11-year-old son Kobe Sturgeon went to his mom's defense. He grabbed a wooden board and hit Newman, then shot him in the face with a BB gun. Police arrested Newman, who suffered non-life-threatening injuries, for assault. 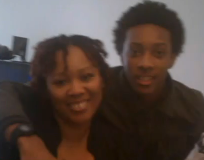 The end of the story was much sadder for 19-year-old Derwin "DJ" Watts of Chesapeake, Virginia. Charles Collins, Tanisha Watts' ex-boyfriend, had sneaked into her apartment and was waiting when she arrived home with her current boyfriend Michael Temple last month. Collins shot Temple and then held Watts and her son DJ and DJ's girlfriend in the home. The police and the SWAT team surrounded the home while Tanisha Watts tried to calm Collins down. As the standoff continued, DJ Watts made a sudden jump toward Collins and shoved his mother to the door -but was shot by Collins. The SWAT team jumped in and shot Collins, who survived. Both DJ and Michael Temple died. DJ was a senior at I.C. Norcom High and was set to graduate this month.

Katie McKissick's mother needed a transplant when her kidneys failed in 2003, and no one in the family was both a match and healthy enough to donate. Katie wanted to be tested, but doctors said no because she was under 21. Her mother waited for a kidney for a year, and when Katie's birthday approached, she was found to be a match. The transplant took place in 2004, only a month after Katie turned 21. Her mother recovered, welcomed two new grandchildren just days after the surgery, and went back to teaching.

Kristi Nelson, a news anchor at NBC-5 in Dallas-Ft. Worth, Texas, donated a kidney to her mother Helen at Baylor University Medical Center. The TV station live-tweeted the surgery last August.

Erica Liepmann, an editor at the Huffington Post, donated a kidney to her mother Terry in 2007. Twenty-two potential donors were tested, and Erica was the only viable match that was healthy enough to donate, which was surprising, considering that Erica was adopted. Erica's college classes were put on hold when her mother's condition deteriorated, but the transplant worked and gave her a new life. 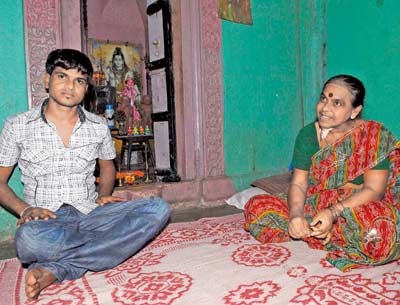 Aakash Belkhade of Mumbai, India is serving a life term in prison for murder, but was granted bail to donate one of his kidneys to his ailing mother in 2010. Since then, his remaining kidney has begun to fail. He is in the process of seeking a temporary parole to get the medical care he needs, but the courts are arguing that medical care in prison is sufficient.

Dr. Asim Syed is a transplant surgeon at Hammersmith Hospital in London, England. He never knew how his work would come home until his mother Dilshad suffered kidney failure. She endured five years of dialysis in Doncaster, South Yorkshire, but last year needed an immediate transplant. Dr. Syed was not a good match, but arranged a chain of donations, in which he donated to a patient with a good match, whose relatives in turn donated to others they matched, until a willing donor in the chain was matched with Dilshad. A total of three transplants were performed on July 31st of 2011 through such an arrangement.

Daniel Autumn is a student at Heriot-Watt University in Edinburgh, Scotland. His mother, Carolyne Douglas, is suffering from kidney failure. Autumn is the best donor match for his mother, and plans to donate so Douglas can stop dialysis, which is taking so much of her time that she had to quit her job. However, Autumn was depending on working this summer to pay his tuition bill, and now won't be able to, as donating a kidney requires weeks of recuperation. 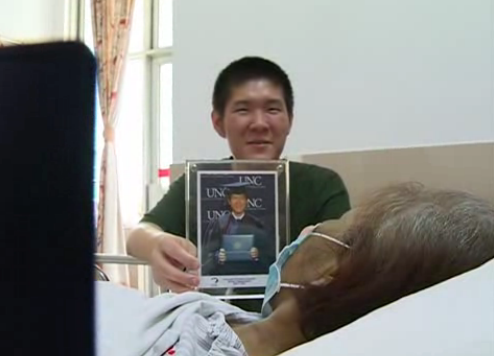 Chen Xuemei of Guangzhou, China, suffered from hepatitis and needed an immediate liver transplant last fall. Her husband Peng Hui contacted their son, 22-year-old Peng Si, who was studying at the University of Colorado. Peng Si immediately agreed to donate part of his liver to his mother, but she refused, saying her son needs to continue his education. Peng Si flew to China, but Chen still said no to the transplant plan. But then she fell into a coma, and Pen Hui signed the transplant agreement for his wife. The surgery saved Chen's life.

Anthony Figueroa was 29 years old when he died on Christmas Eve of 2010. He was thrown down a flight of stairs during a fight. His mother, Laure Hom of Staten Island, New York, had been waiting for a liver transplant for a year by then. Figueroa's liver was transplanted into Hom, who said, "I've got a piece of him still." 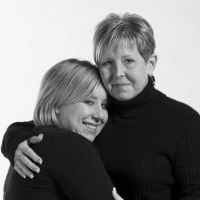 Kathy Goodnough contracted hepatitis C in the 1980s while working as a nurse. By 2005, her liver was failing. Her daughter Meaghan volunteered to donate part of her liver to her mother, and was found to be a match. In 2006, the transplant took place. Both women were left with partial livers, and it took six months for the organs to grow to full-size, functioning livers. It wasn't the first selfless effort on Meaghan's part, as she and her family have been hosting an annual blood drive for the Red Cross for fourteen years.