A Current Sampling of Niche Blogs

You come here to mental_floss for your daily dose of knowledge on a wide variety of topics. Our quizzes and entertainment posts also cover a great range of subjects. But sometimes, you like to find something so different and specific that you didn't even realize there was enough material for a website, much less a blog. And that's why we bring you updates about the huge variety of strange and wonderful niche blogs about extremely narrow subject matter, because if some blogger somewhere can dream it up, its there for you to enjoy on the internet.

Students at UC Berkeley’s College of Environmental Design created a Tumblr blog of cats that explains how the world's most quirky buildings became so quirky. It's called Furrrocious-forms. Here you see a cat putting the finishing touches on Frank Gehry’s Dancing House in Prague. The pictures get even stranger around finals week. 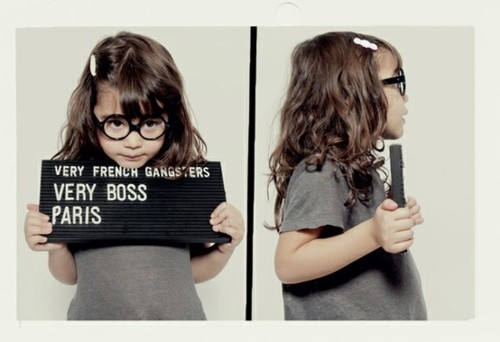 I'm not sure what qualifies a picture to go on the blog Hipster Babies, but the ones that do sure are cute. Evidence presented here is a photo from Mickey's Girl. Hipster Babies also posts cute pictures of hipster pets on occasion.

Businesses, especially service industries like restaurants, all want Facebook pages, not only for free advertising, but to provide their "fans" a way to leave feedback. However, this can lead to confusion. Facebook encourages people to make it their homepage, and therefore some elderly people use Facebook like it's a search engine. Actually, that's quite common, which leads to search terms being left as comments. And then there are people who love to leave feedback for a company because they're mad and want someone to know about it. Together, these comments inspired the Tumblr blog Old People Writing on a Restaurant's Facebook Page. It consists entirely of screenshots of Facebook comments, from older people, on restaurant pages. It's a hoot! The second picture here is an example of how lots of people respond to a company asking for Facebook likes. 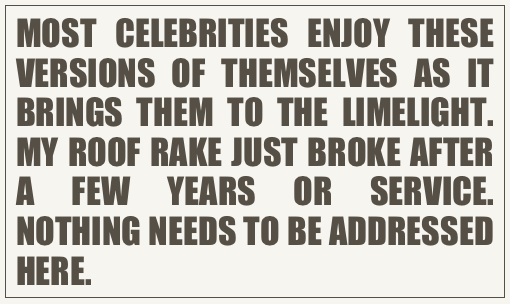 I recently moved my personal website to a new host, and one difference is that, although both hosts prevented spam comments from publishing, now I actually see it every day. Some of it, I must admit, is downright interesting in a nonsensical way. That's what inspired the blog called Greetings I am so excited I found your welbog. The blogger says "even in a great big pile of trash you can find some gems worth saving," which is exactly what you get here. Just to let you know, my roof rake is still in fine shape. 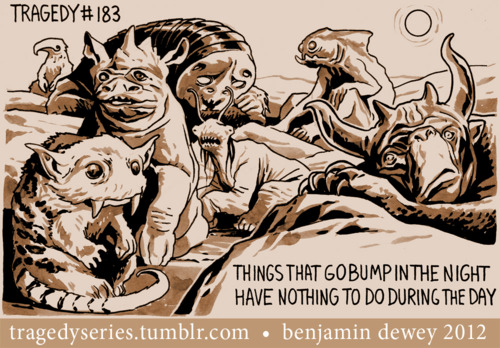 Things Could Be Worse is a side project on Tumblr by comic book illustrator Benjamin Dewey. Each "tragedy" is drawn postcard style and could leave you sad or giggling (I prefer giggling). When a reader whined, he said:

I promise to cease once I have illustrated 500 lachrymose examples of misfortune and 26 episodes of unmitigated levity. I hope you can find some enjoyment and solace in the sadness reprieves, another of which is shortly forthcoming. 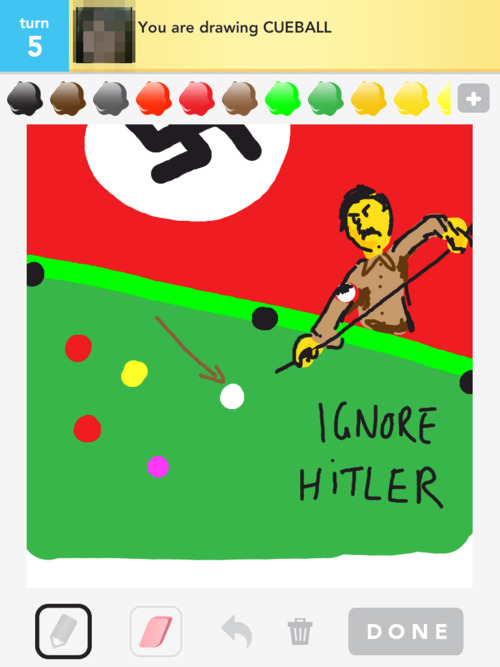 Michael is a Scottish artist and blogger who plays Draw Something, the popular game where people guess words from other's drawings. Only Michael always draws Hitler. Hitler usually has nothing to do with the target word, so the words "ignore Hitler" are also included. He's done this so much that he has posted his drawings on a blog, appropriately entitled Ignore Hitler. This is the kind of project that could go on however long the artist wishes to continue. Somewhat related: Cats That Look Like Hitler, an oldie but a goodie, that now has over seven thousand pictures! 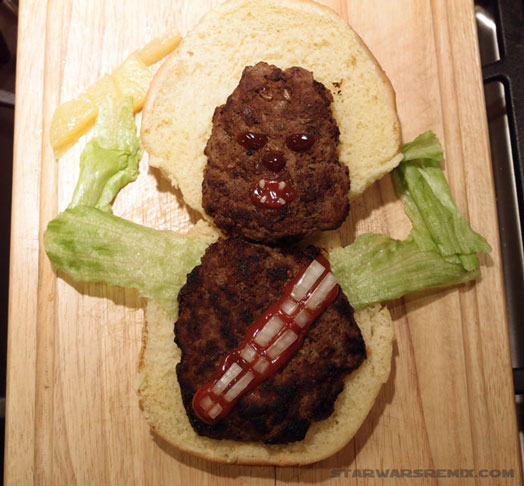 People will take anything and everything and make an image of something to do with Star Wars out of it. Star Wars Remix is dedicated to Star Wars arts and crafts, no matter how strange. Yoda rendered in salt grains? Storm troopers carved from melons? Boba Duck? Yes, they are all there. Shown is a Chewbacca Burger, from Charlton Yu of Everything Burger. 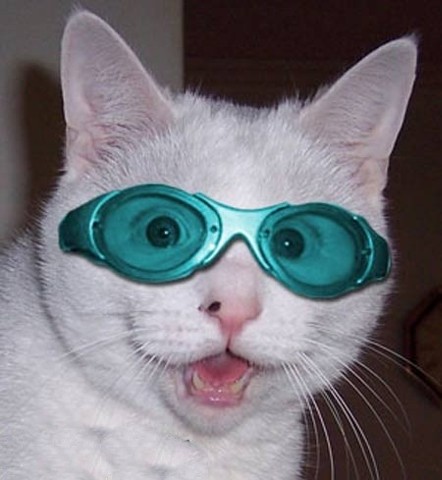 Nerd Cats is an anonymous, seldom-updated blog featuring found and submitted nerdy cat pictures, whether natural, staged, or Photoshopped, including webcomics and artworks. With such a perfect subject, it's a shame it isn't updated more often. 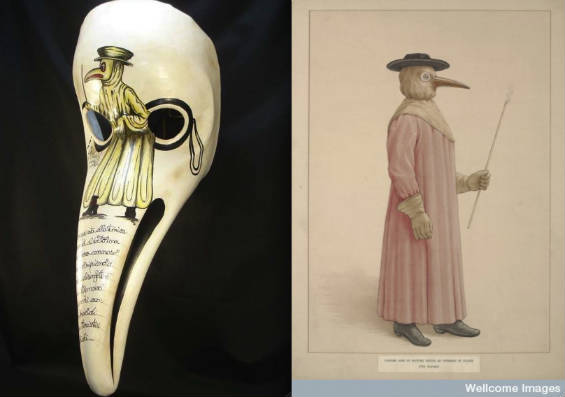 The Chirurgeon's Apprentice is a blog "dedicated to the horrors of pre-anaesthetic surgery." It is curated by medical historian Lindsey Fitzharris, who has a strong stomach. The illustration here is from a post explaining how the "plague mask" came about. It's not just a scary image: the shape has purpose, or at least did in the Middle Ages. Speaking of the Middle Ages, the picture blog Ugly Renaissance Babies got a lot of notice around Christmas. Why are there so many ugly babies in the art of that time? My theory is that, while for most subjects only the best paintings survived to be revered today, that's not true for religious paintings. Tossing out an image of the Madonna with Child seemed like a sacrilege, so these paintings were kept around, no matter how poorly they were executed. And there are a lot of them! I'd post a picture here, but, you know, they're ugly. 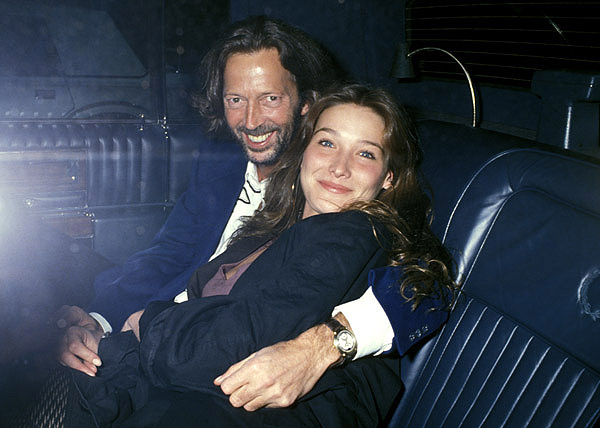 Old Love is about celebrity couples that are no more. They made sense at one time, but now they seem bizarre. I recall Burt Reynolds' long-term thing with Dinah Shore, and Tom Cruise's marriage to Mimi Rogers,  and Barbra Streisand being married to Elliot Gould, but it all seems so strange now. But then again, I'm still surprised about who I dated thirty years ago! The site has an index so you can browse for celebrities you know. Shown here is Eric Clapton with Carla Bruni (who is now married to former French president Nicolas Sarkozy) in 1989.

Novelist and former sex crimes prosecutor Allison Leotta runs a blog in which she dissects episodes of the TV show Law & Order: SVU as to how accurate they are. Fascinating reading for fans of the show, or those interested in law enforcement or television production. 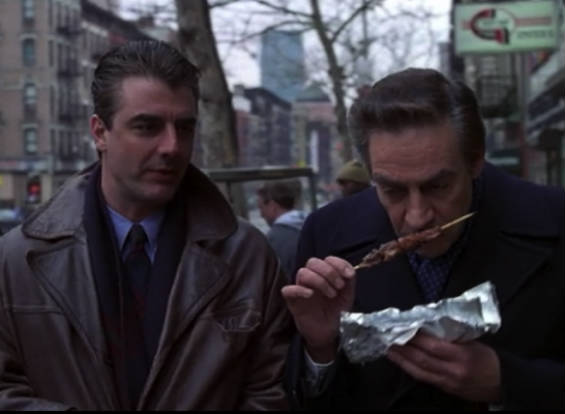 But if you just want to see pictures, how about a blog that chronicles the food eaten on the TV show Law & Order? Now that's specific: and it gave us the above picture. The blog Law & Order & Food by Malkahdamia Coddle has the tagline "You have the right to remain delicious." It's a narrow topic, but it's enough to keep the blog constantly updated -after all, the show was on for twenty years, and when that's all posted, she can start on the spinoffs. See you in Food Court!

Tumblr has an endless supply of picture blogs to which people submit their personal take on a oddly specific subject. One is Chandler Bing Dances on Things. Yes, see the Friends character played by Matthew Perry dancing in gif form on top of tables, cats, buildings, food, whatever the imagination can produce. 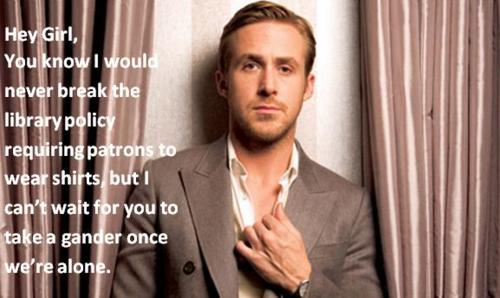 The blog called Hey girl. I like the library too. is a particular treat for those of us who appreciate a fine-looking man giving out sweet nothings. Obviously owned by a librarian, this blog features pictures of movie star Ryan Gosling saying wonderful things that a librarian really wants to hear from a sexy man. 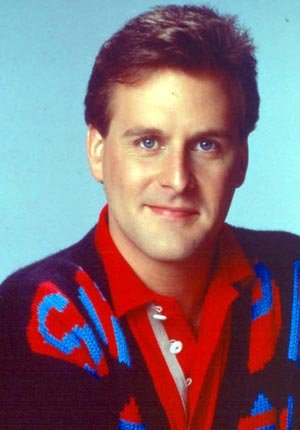 But there is a point when a blog subject gets so narrow that you truly run out of reasons to return to it. Case in point: The Same Picture of Dave Coulier Every Day, which gives you exactly what it says on the tin. Nineteen pages of it so far. I'm sure it's an experiment of some sort, and I bet anyone who goes there is part of it. But you've already seen it here!

If that's not enough to keep you busy for a while, check out our previous posts on Niche Blogs.