Whether it's for a day trip, a getaway weekend, or a full-blown vacation, there's a theme park near you, and many of them have new rides to deliver the biggest thrills yet -if you're into that sort of thing.

The big trend in roller coasters is the "winged" ride, in which the carriage is much wider than the tracks, and riders are seated over ...nothing. Not only does this add to the thrill, but it also enables the ride to carry many more people on a trip. Dollywood, Dolly Parton's theme park in Pigeon Forge, Tennessee, unveiled the new Wild Eagle winged coaster in March, in order to say it had the first winged coaster in America. You can see some POV videos of the ride at the ride's website. My two eighth-graders went to Dollywood a couple of weeks ago, but only one could ride because you have to be 50 inches tall to be admitted. She is, in fact, 57 inches tall, but was told she was too small to be secured in the ride. That's okay with me. 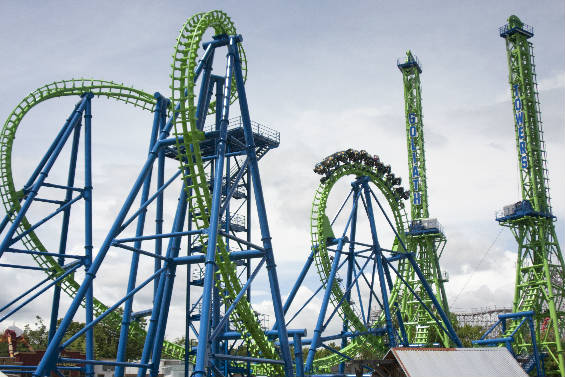 When I was a child, I was envious of those who could visit Six Flags Over Texas. So when Six Flags Over Georgia opened, my family drove ten hours to see it (the interstate has been completed since then). Now you can't swing a cat without hitting a Six Flags park, so there should be one near you. Springfield, Massachusetts is the home of Six Flags New England. Their new roller coaster called Goliath lives up to its name, as the structure soars to twenty stories tall and has a 102-foot-tall vertical loop. Riders are suspended underneath the track, which adds more thrill. Goliath is the "tallest inverted boomerang coaster in the world," and joins ten other roller coasters at the park. 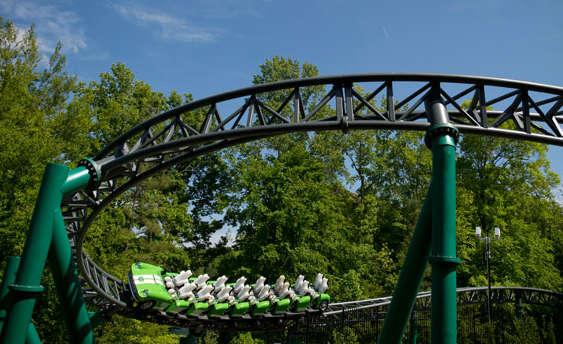 Busch Gardens, a division of Sea World, has opened a German automobile-themed roller coaster named Verbolten at their park in Williamsburg, Virginia. Part of the ride is through a tunnel with a immersive "driving" experience projected around the riders. Riders feel as if they are traveling through the scary Black Forest, and if you follow the projections, they don't always stay on the road! Watch a video of a journalist's ride on opening day.

Skyrush is the new partially winged roller coaster at Hersheypark in Hershey, Pennsylvania. The train is arranged with four seats across each row, the outer two of which are floorless.  The first climb is 200 feet up, then a rush down at 75 miles per hour! Skyrush, which opened this past weekend, had to be super big and super fast, as it joins 11 other roller coasters in the park. A poll by those who have ridden Skyrush gives it mostly high praise.

The new ride Mammoth at Holiday World in Santa Claus, Indiana, is the world's longest water coaster. At seven stories tall, this ride boasts "air time" even in boats, due to its hydromagnetic drive. There are two styles of boats: round boats that mean part of your ride might not be forward-facing, and long boats in which you'll be able to see where you're headed. Well, maybe not always, since some of the water drops are enclosed in darkness. The Mammoth has been open only since May 11th. Early reviews say the feel of the water ride is surprisingly similar to a mechanical roller coaster. 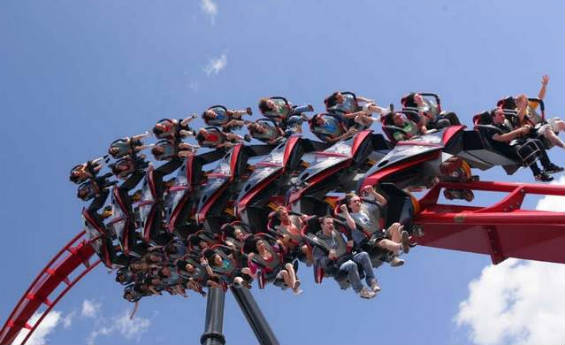 Six Flags Great America is in Gurnee, Illinois, which is a suburb of Chicago. The new ride there for 2012 is X-Flight, a 3,000-foot-long winged roller coaster. It features a barrel roll and a zero-gravity roll, giving you the sensation of complete weightlessness -for a short time. 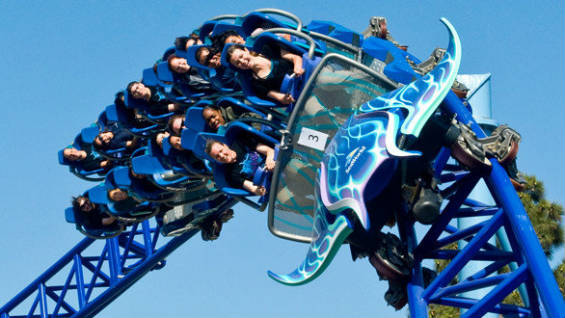 The new roller coaster named Manta at Sea World in San Diego is appropriately ocean-themed. Not the biggest or the fastest coaster around, the Manta has some unique features: it travels through an aquarium full of manta rays, then into a tunnel with images projecting an underwater show for riders that wraps almost all the way around them. The ride opened to the public this past Saturday. 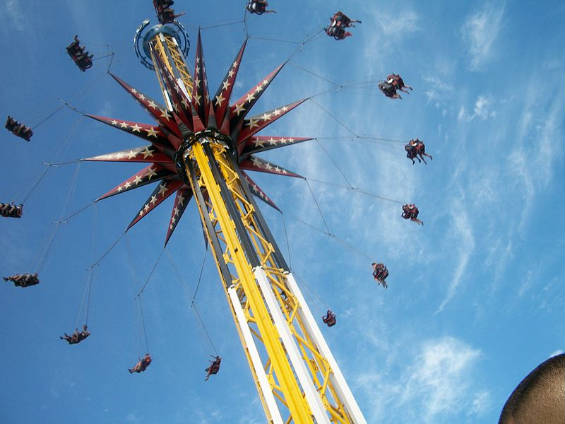 Six Flags Fiesta Texas is in San Antonio; not to be confused with Six Flags Over Texas in Arlington. The San Antonio park recently debuted the SkyScreamer, which is not a roller coaster, but an aerial spinning ride. You'll be taken 200 feet up and slung around in a 98-foot-diameter arc at up to 40 miles per hour. The promotional materials mention the lovely view from that height; the view would be the least of my thoughts. The SkyScreamer opened this past Sunday. Photograph by Wikipedia user Jpp858.

Some rides are still in the preparation process, and should open later this summer. Check the websites for updates before you book your trip, if the new ride is what you're going for. 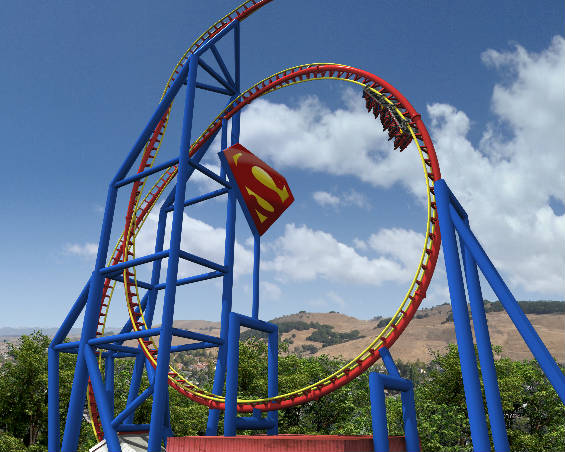 Six Flags Magic Mountain in Valencia, California has their own archvillain version called Lex Luthor: Drop of Doom, which should open to the public some time this summer.

Universal Studios in Orlando, Florida, will open a new thrill ride based on the film Despicable Me.

Are any of these thrill rides enough to send you on a trip to a park? Or do you have one planned already?