Is it just me, or are there more and more global news stories about disabled people accomplishing feats that would be quite newsworthy for able-bodied people? I believe it is happening more and more, as modern attitudes about those who've had physical setbacks change to reflect reality. People termed "disabled" have always had the will to accomplish what others thought impossible, but now the people around them are seeing the possibilities more and more. And we can't discount the effects of instant news coverage, which both inspires others and brings us stories we would not otherwise know.

Twenty years ago, Hector Picard was working as an electrician when a transformer sent 13,000 volts through his body. His many injuries included arm damage so bad that both were amputated. After a long recovery, Picard embraced athletics and has competed in more than 50 triathlons in the past few years. Right now he is traveling by bike from Ft. Lauderdale to New York City -a journey of 1500 miles! Along the way, he is speaking and raising funds for the the I Will Foundation. You can follow his progress online. 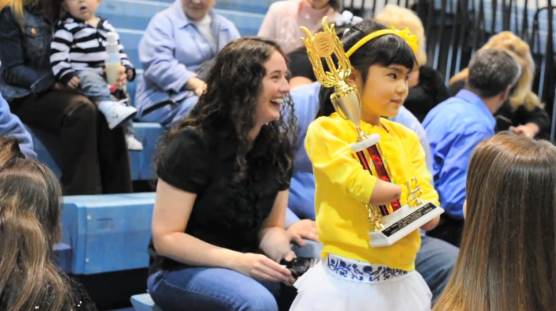 Every year, the Zaner-Bloser language arts and reading materials company gives awards to students for great penmanship. This year, they were inspired to add a new category of awards for disabled students, and one of the two winners was Annie Clark, a 7-year-old born with no hands. Annie writes by holding an instrument between her two arms, the same method she uses to dress herself and paint her toenails.

"Annie has always been very, very determined, very self-sufficient in dressing herself and feeding herself," Mr. Clark said. "She can ride a bike. She swims. She is just determined that there's nothing she can't do."

Her father said she also types on a keyboard and uses an iPod Touch with no difficulties.

The Clark family has nine children, seven with disabilities, six who were adopted, four of them from China, which is where Annie was born. 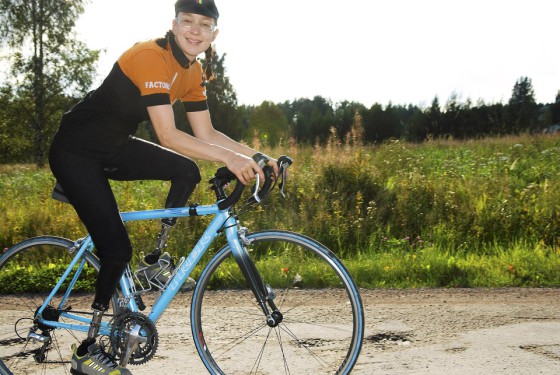 Kaisa Leka is a Finnish comic book artist, graphic designer, and politician. Leka's deformed legs were amputated ten years ago, and as a young adult, she had to learn to walk all over again with prosthetic legs. However, she did not stop there. Leka took up cycling with her husband, and they take long bike tours together around the world. Just last month, Leka was named Finland's Cyclist of the Year. 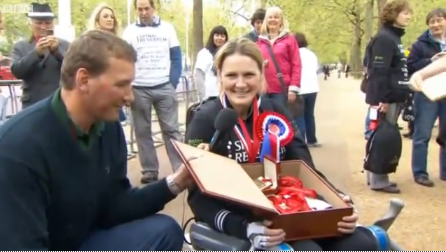 Claire Lomas completed the London Marathon last month with the aid of a bionic suit, even though she is paralyzed from the chest down. The 32-year-old Lomas broke her neck and back in a horse riding accident in 2007. She walked two miles of the course a day, and completed the 26-mile race in 16 days. Although Lomas will not be recorded as an official runner (the rules state finishers must cross the line the same day of the race), she received a special recognition from Virgin founder Richard Branson. The £43,000 ($75,000) walking apparatus, called the ReWalk bionic walking device, responds to changes in balance, and takes a step when the wearer indicates the desire for one. Lomas' race raised £80,000 for the organization Spinal Research. 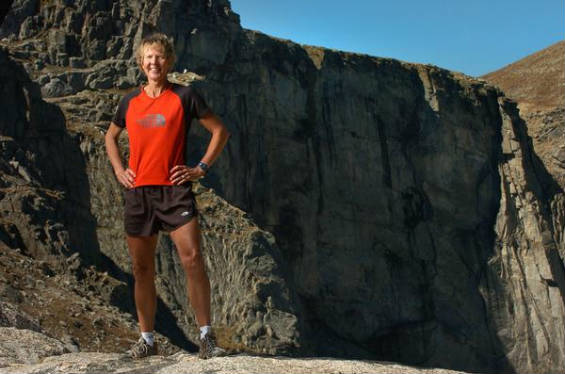 Diane Van Deren was always an athlete, participating in every sport her school offered, which led to a few years as a professional tennis player. Afterward she switched to running marathons. Van Deren suffered from epilepsy, undergoing grand mal seizures for years. Then in 1997, she made the decision to undergo brain surgery to relieve the symptoms. There was a risk of brain damage, but Van Deren weighed that risk against the risk of further brain damage or dying during one of her violent seizures, which had worsened over the years. Surgeons removed a damaged portion of her brain, and the seizures stopped. But there was some damage to her brain from the procedure. Van Deren lost her sense of direction, and her sense of time passing. There is also some memory loss, and a tendency toward sensory overload. In 2002, she began running ultra-marathons, races of 50 miles or more. Van Deren excelled in the longer races, which may be a result of her surgery. She is not aware of the length of time she is running, and may be less aware of pain than she would be otherwise. Now 52 years old, Van Deren finished the 1,000-mile Mountain to Sea Trail in North Carolina on Saturday, June 2, 2012. Her 22-day run set a record for the course, which had never been accomplished in less than 24 days before. Van Deren says she is now through with 1,000-mile races, but will continue in 50- and 100-mile events. 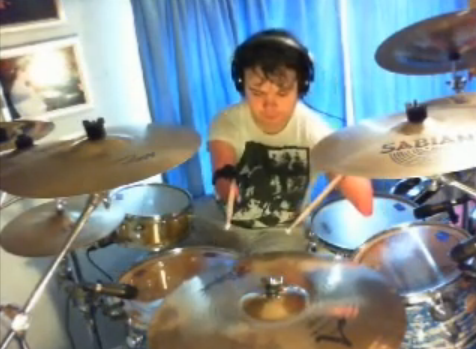 Cornel Hrisca-Munn was born with a deformed leg and no forearms in Romania in 1991. Placed in one of that country's famously poor orphanages of the time, he was not expected to survive, and wasn't even issued a birth certificate. But Hrisca-Munn survived, and was taken to England at the age of seven months for proper medical care. By the time he approached his teen years, he wanted to learn a musical instrument, and figured the drums were the only instruments he could manage. Hrisca-Munn placed second in a national drumming competition when he was only 14 years old! Earlier this year, YouTube videos of his playing made him a viral star. And he is learning to play bass guitar as well. Hrisca-Munn is now a student at Keble College, Oxford, England, studying philosophy and theology.

Chen Zhou of Shandong Province, China, was 12 years old when he lost his legs due to a train accident. He began to make a living at age 16 as a street singer, and he recently toured the country singing to pay for a house he bought for his family (he has a wife and two children). Chen is also a mountain climber. He recently completed his 12th ascent up Mount Taishan, which has stairs to the top -6300 of them! Chen walks on his hands, and sees Mount Taishan as both a personal challenge and an opportunity for publicity. Others see his stunt as an inspiration.