14 Classic Distractions for the Internet Newcomer

Every once in a while, I run across an old article, video, or link of some kind and think, "Oh yeah, that was awesome! Too bad it's so old," because my job is to post the newest and hottest links every day. If I post something more than a couple of months old, I'll get complaints. However, it's not really old to someone who hasn't seen it. After all, there are young folks who only use the internet for Facebook and Wikipedia, and more older folks are going online for the first time every day. I put some of those links together as a list of old hits that everyone should see sometime, that could be used as a way to introduce new users to the wonders of the internet, at least the fairly tame yet funny parts. Here are a few suggestions for freshman surfers.

As many times as I've seen (and used) Mark Longmire's Romance Novel Covers, they never fail to make me laugh. He's got some other old but wonderful features at his site. 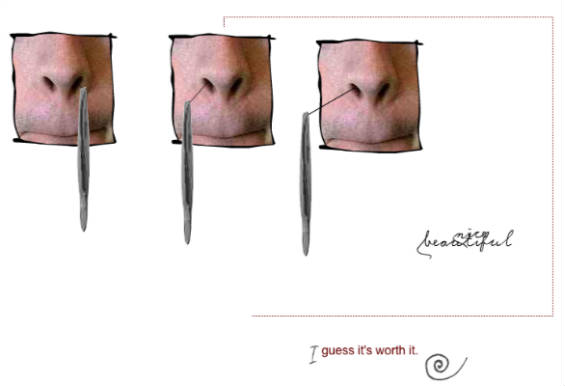 Pick your nose online? Well, just tweeze the hair, OK? This was so nonsensical that everyone loved it. Some folks say there is something satisfying about plucking nose hairs, and artist Jogchem Niemandsverdriet gives you a way to do that without the anticipated pain. Oh yeah, he has a lot of other weird stuff online for you. 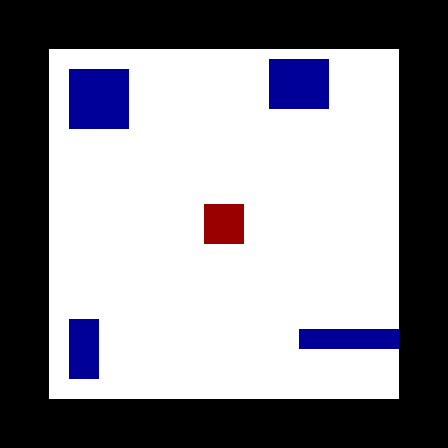 Games are getting more sophisticated by the day, but if you've got an idea that is simple to comprehend but hard to master, you've got a classic. The Red Square game will drive you crazy no matter how many times you try it. All you need to do is survive. Hold the red square and avoid being hit by the blue squares. I usually last about ten seconds, but I have to go back and try again a few times. 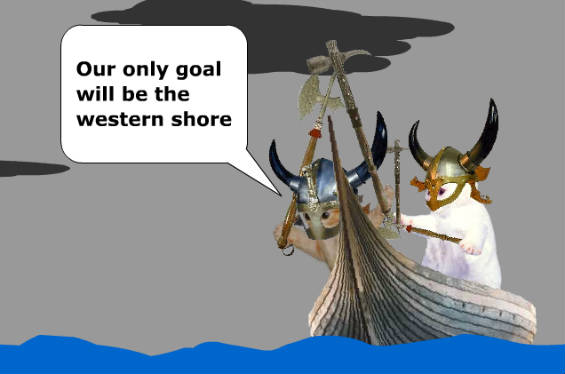 Joel Veitch created the flash animation Viking Kittens in 2002 which became such a bandwidth hog that it is no longer hosted at his Rathergoood site. There are several other sites that host it, but they have appeared and disappeared over the years. If the linked site stops hosting, you can search for another. Or see it on YouTube. Jonti Picking's Badgers is another flash sequence everyone should be familiar with. 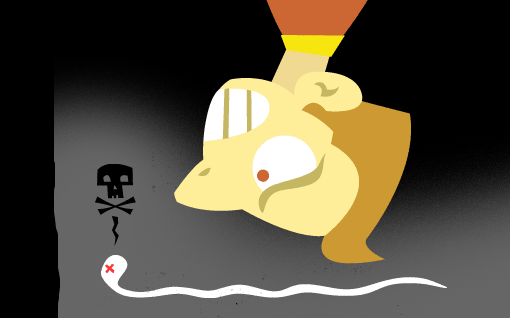 Do you have a strong stomach? There are no photographs in the story The Worm Within, (just some cute illustrations) but it is a long, gross read about a tapeworm Vincent Eaton encountered in Belgium. Click to advance to the next page. It is followed by 27 pages of submitted personal parasite stories.

Young Norwegian filmmaker Lasse Gjertsen charmed us all with his video Amateur in 2006. He is not a musician (or was not at the time); this was all done by video editing. Gjertsen became the internet's golden boy for a while. All his videos are worth checking out. 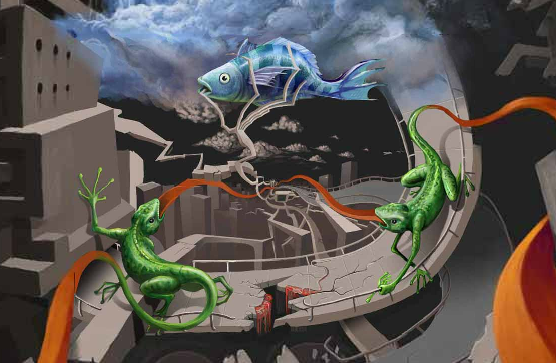 Warning: this link may make you lose track of time. The Zoomquilt is a beautiful example of infinite zoom, constructed in 2004 as a collaborative art project. Since then, The Zoomquilt 2 has been added. After you click start, use your mouse and mouse button to zoom in at your own speed. Or out.

8. Backstroke of the West 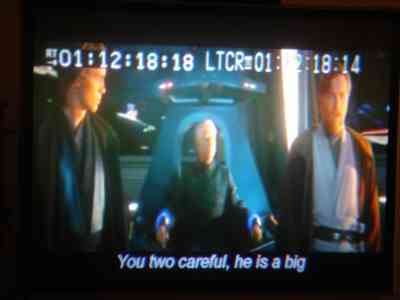 Although it has just a little NSFW text, Backstroke of the West became a classic because 1. it was real, and 2. it was ridiculous. And still is, seven years later. It's a simple look at how bootleg videos get mis-translated more than once, resulting in nonsense subtitles. Therefore, Revenge of the Sith somehow became Backstroke of the West. This subtitled bootleg movie was the source of the Do Not Want meme.

The Singing Horses are both cute and fun. Click each horse to make it sing or stop. The French site Incredibox works along the same lines with human singers, but is more involved and sometime a bit more difficult to figure out. But you can do it!

Still working on the omelet. There have been stumbling blocks. I keep creating omelets one after another, like soldiers marching into the sea, but each one seems empty, hollow, like stone. I want to create an omelet that expresses the meaninglessness of existence, and instead they taste like cheese. I look at them on the plate, but they do not look back. Tried eating them with the lights off. It did not help. Malraux suggested paprika.

The Jean-Paul Sartre Cookbook was originally published in a Portland alternative newspaper in 1987, but survives for everyone everywhere to read on the internet. It never would have reached such a wide audience otherwise. 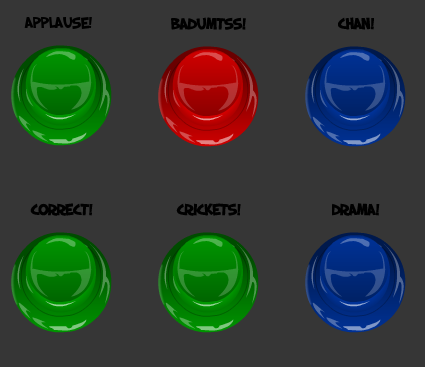 Need some sound effects for your life? Instants is a soundboard that has everything you could possibly use to punctuate your conversations. I drove my kids crazy with this for a couple of days and then forgot it. Since then, the sheer size of the collection makes it slower to load and more difficult to use than it was a couple of years ago. But now they have subgroupings, and the effects I used most are in the "Real Life!" category, which I would recommend to anyone. Warning: if you don't recognize the label, the sound effect may turn out to be NSFW.

Daft Hands is a 2007 performance piece by Austin Hall to the song "Harder, Better, Faster, Stronger" by Daft Punk. The original video now has 53 million views, but comments indicate that people still see it for the first time every day. This video inspired other versions and parodies, particularly on the comedy theme of "Daft Bodies." The original hands video was done in one take with no special effects. 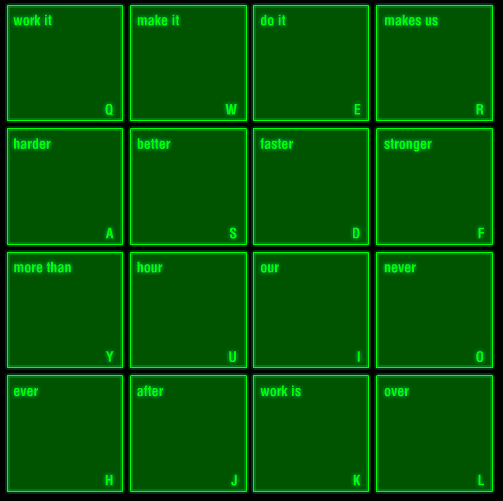 If you like that song, you'll love the iDaft. It's a sound board constructed from the parts of "Harder, Better, Faster, Stronger." Punching the buttons makes you feel like you have some musical talent even if you don't. 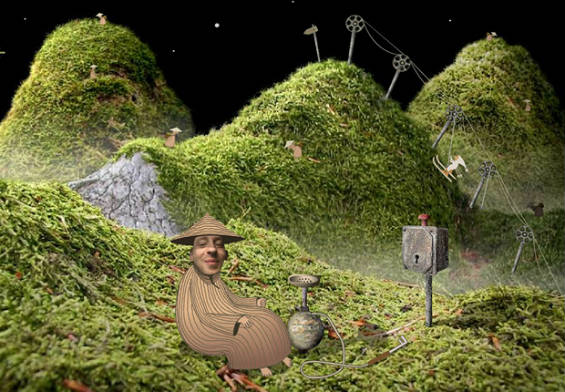 Samorost is an intricate adventure game by Amanita Design. It was created by Jakub Dvorský in 2003 while studying design in Prague. There are no instructions; you have to figure out what to do on your own, but the challenge and the artwork make it very worth your while. Samorost 2 followed a couple of years later, but only the first chapter is available free.

Of course, this list only scratches the surface of the rich pickings for a new internet surfer. Are any of these sites new to you? What are your favorite "internet oldies"? What games, videos, art, and articles hold up well over time? Do you have other suggestions of classic web entertainment that everyone should see sooner or later?