The stereotype of the serious video gamer living in his parent's basement, sitting in the dark covered in Cheeto dust only covers a small portion of gamers. Many have grown up with video games and eventually bought their own homes. Owning a home means you can surround yourself with decor that reminds you of your favorite things. However, there are also spouses who will veto your wildest ideas. But many will compromise and the bathroom is a good, mostly private place to let your imagination run wild. Therefore, the video game bathroom was born.

The most recognizable video game character ever is a plumber -how appropriate is that? Lawyer, Lego artist and redditor Kueeny put together this Mario bathroom with her own painting skills and items she found on the internet. See more pictures in an online album. 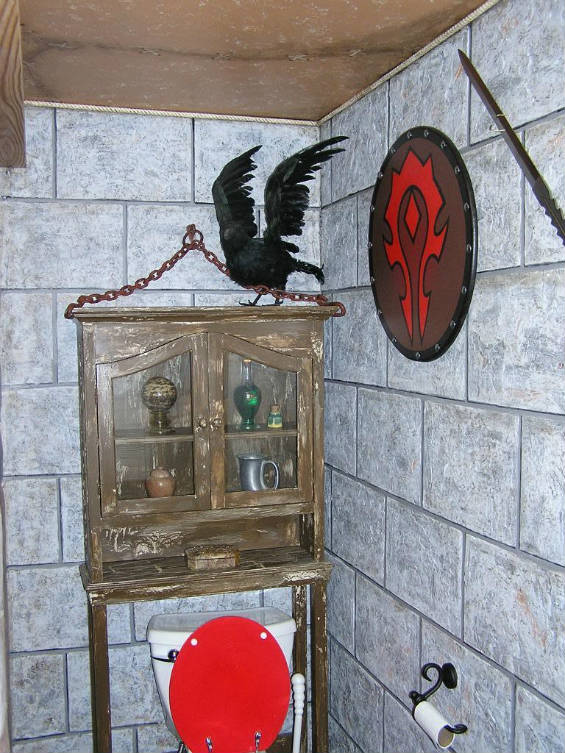 Paul and Gloria are serious World of Warcraft players, and so renovated their bathroom to accommodate the Horde. There are weapons galore, potions, dragons for light fixtures, and a death raven perched over the toilet. They did all the work themselves! They also posted pictures of the project before, during, and after. 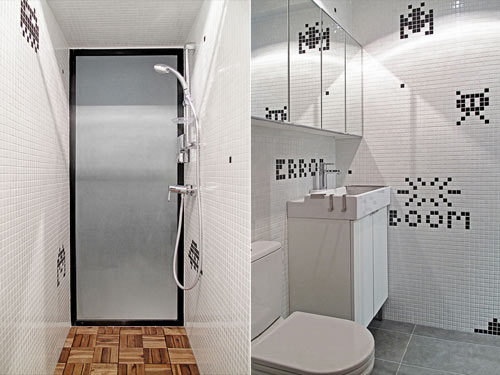 The great thing about 8-bit video games, or any pixel-based art form, is that you can recreate it with squares in projects such as quilts or bathroom tiles. In a Hong Kong apartment decorated by the firm OneByNine, Space Invaders drop from the sky embedded in the shower tiles -complete with explosions and errors. The rest of the home is thoroughly adult. Liz’s bathroom renovation included a custom shower featuring Space Invader tiling. She said she and her husband are “both huge geeks” and designed the invaders, player ship, and mothership. The pixel mosaic is composed of glass and travertine tile. The remodel was done by R.A. Stacy. See more pictures of the finished work in her Flicker set.

Animation director James Farr produced a Portal bathroom for his son, Vector. It was an adjunct to his completely Portal-themed bedroom! 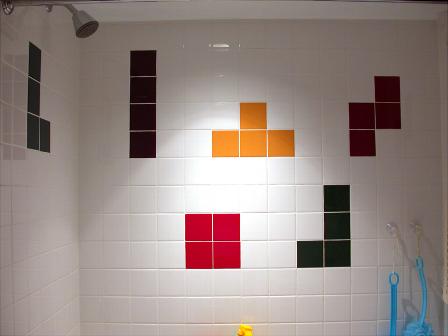 The idea of converting pixel design to bathroom tiles makes a Tetris shower stall very tempting. The rare person who is not familiar with the game would think these are just clever designs. Mad Martha laid out shower tiles in a Tetris pattern for her sons' bathroom ten years ago. 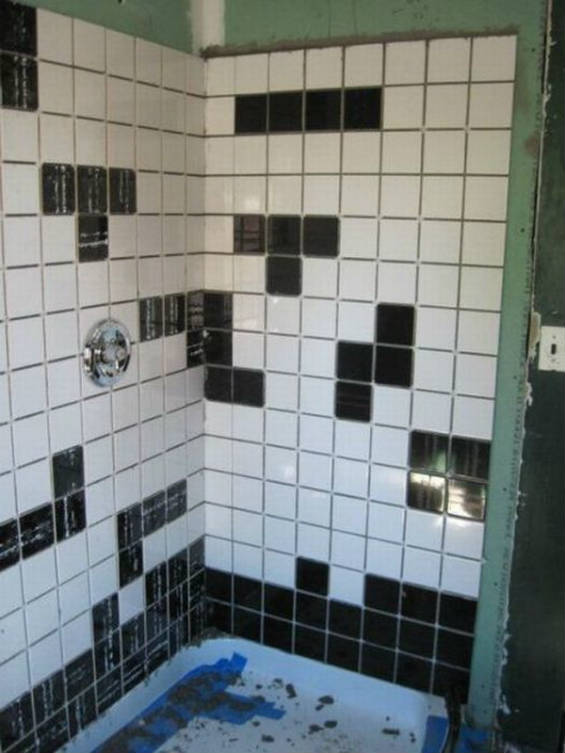 This black and white Tetris shower stall could even pass for a random design, especially since its condition makes it seem very old. 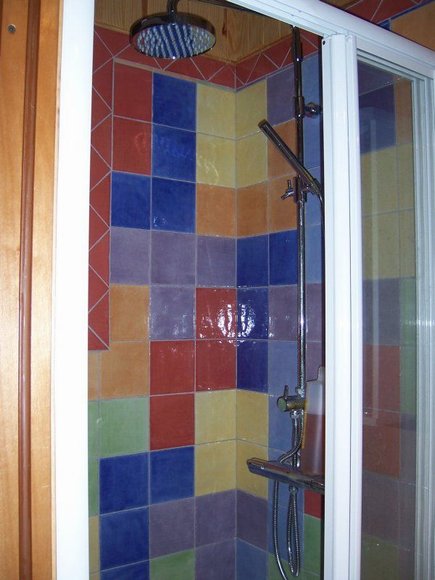 This bathroom that fits all the shapes together was featured here years ago, but no one knows who constructed it.

If you want to try this in your bathroom, a tile supplier in England makes bathroom tiles in Tetris shapes. For faster installation, they also offer sheets of small square tiles laid out in preset Tetris patterns. If money is no object, you could even get yourself a Tetris-tile-shaped faucet, although the company that makes these calls them "basin mixers." 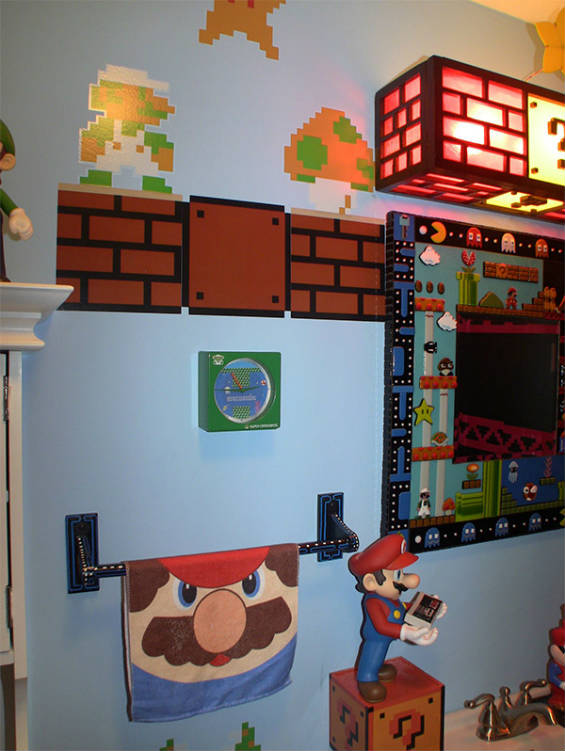 Gregory Pinzone didn't want to limit his bathroom to one video game, so he designed it around several classic Nintendo games: Super Mario, Donkey Kong, and Pac-Man! Notice the mirror frame incorporates all these together. See more pictures in his project album. 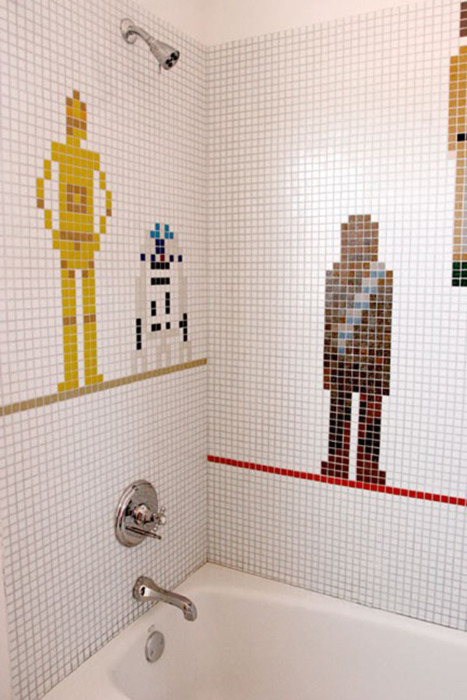 Yeah, I know Star Wars was a movie series, but there are plenty of Star Wars video games, too, and this pixelated Star Wars character bath enclosure is too cool to NOT include. May the Force of the water pressure be with you!