Less than a month to go before the opening of the London Olympics, and we are halfway through the 70-day Olympic Torch Relay that takes the Olympic Flame through all four countries of the United Kingdom. The route covers 8,000 miles and involves 8,000 relay runners.

The Olympic flame was part of the ancient games in Greece. The torch relay commemorates how Prometheus stole fire from Zeus and presented it to humans. The ancient Greeks also kept the flame burning for the duration of the games. The torch relay was introduced to the modern (summer) games in 1936, and was added to the winter games in 1952. Photograph of the origin ceremony by Flickr user Kokotron.

This year's flame was lit on May 10, ignited by the sun's rays hitting a parabolic mirror at the ruins of the Temple of Hera in Olympia, Greece, near the site of the ancient games. 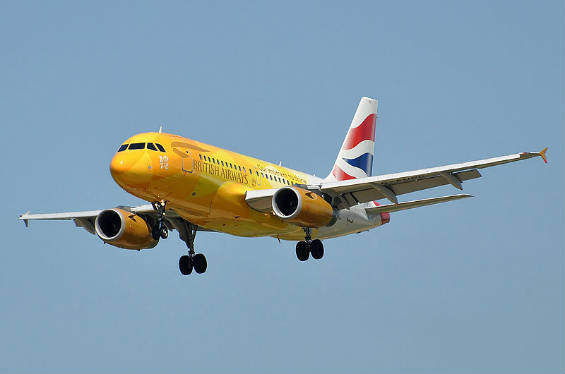 The torch was relayed around Greece for a week in honor of the ancient Olympics before being flown to Britain on May 18 on a chartered Airbus A319 nicknamed The Firefly. The Civil Aviation Authority gave a special waiver for carrying an open flame on an aircraft. The 2012 Olympic torch was designed by Edward Barber and Jay Osgerby. The outer surface contains 8,000 circles, to signify the 8,000 mile route through the UK and the 8,000 runners who are relaying it. It's not just one torch passed from runner to runner. Around 15,000 torches are manufactured, and each torchbearer has the opportunity to purchase their torch after the run. The torch relay in Britain began May 18 at Land's End in Cornwall. Soccer icon David Beckham had the honor of lighting the first torch from the flame that was carried on the plane. In the picture above, the torch is traveling through Cardiff, Wales on May 25. The torch relay passed through Pontypridd, Wales on May 25, and was photographed by Flickr user Kristi Herbert. It continued north and looped through Northern Ireland early in June. And through Handbridge, Chester, England, on May 28. Photograph by Flickr user Sum_of_Marc. London's Torch Security Team accompanies the flame throughout the route. The 70 or so members have trained for 18 months to keep the flame safe. At the end of each day's run, the Torch Security Team is responsible for securing the flame in a miner's lantern for the night. A young girl in Halifax, England, waits for her turn to relay the flame on June 24. Photograph by Flickr user Adam Kerfoot-Roberts. The torch was carried through Ripon, England on June 19. Photograph by Flickr user EMjBU.

The flame will end its journey on July 27 at the opening ceremonies in Stratford. We will not know until that night who the final torchbearers will be, and who will have the honor of lighting the cauldron that will burn throughout the 2012 games. Jon-Allan Butterworth carries the torch in Prestwich, Manchester, England on June 23. Butterworth is a cyclist who will race in the 2012 Paralympics. Photograph by Flickr user Matthew Riley.