The field of robotics, while taking over factories and a lot of other manual labor, is still experimental in many areas. In a branch of biorobotics, researchers are working on machines that imitate the movements of animals in order to both improve the way machines move and to understand the way animals do it. Although we may never need a robot jellyfish, the development of one is more than just a cool project.

The octopus with its soft and flexible tentacles is a marvel of locomotion and manipulation. The Octopus Project hopes to mimic those qualities in a machine. They’ve not quite made a complete soft robot octopus yet, but they’ve got the tentacles figured out. 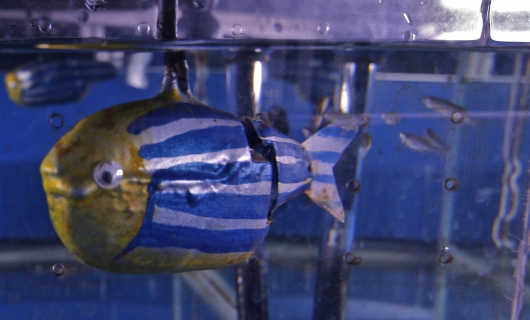 Researchers at the Polytechnic Institute of New York University (NYU-Poly) using robot fish have shed light on how fish socialize. First, they built a fish that moves like a golden shiner fish. Despite the fact that it was just a shape and didn't even have color, live fish reacted to the robot's movements. Researchers found that the robot fish became a leader of a school of fish when its tail moved at a certain frequency. A later fish was designed to look like a fertile female zebrafish, except much larger than life size. Other zebrafish were attracted to the robot, both because of its appearance and its movement, but in the dark the real fish were a bit put off by the sound of the robot's motor. 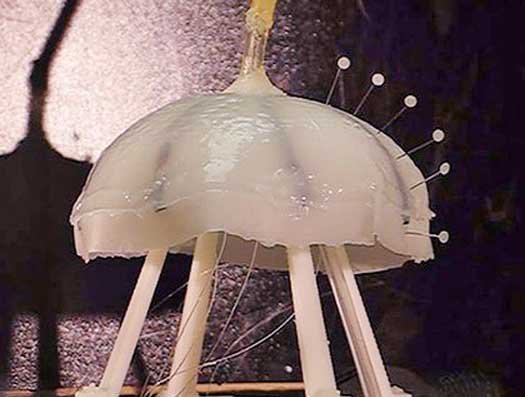 Robojelly, new from SyFy! That’s what it sounds like… but this is real. A team at Virginia Tech has developed a robot based on the movement of a jellyfish. They named the resulting mechanism Robojelly, and it should eventually be able to run completely on the power of seawater! 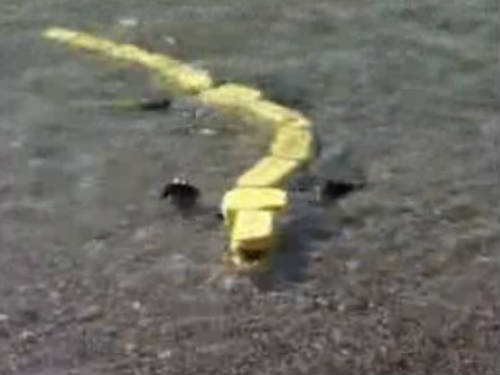 Lampetra is an acronym for "Life-like artifacts for motor-postural experiments and development of new control technologies inspired by rapid animal locomotion." In other words, a project to recreate the way animals move in robot form. They are studying both salamanders and eels. See the progress in a series of videos. 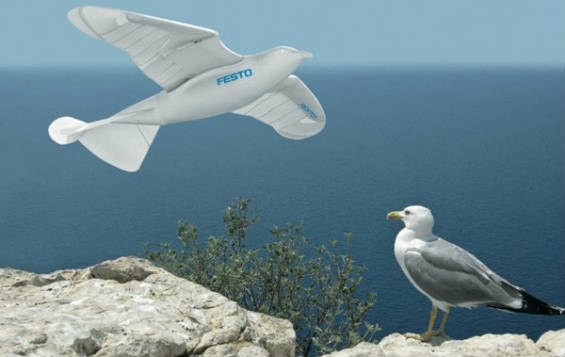 The German company Festo is developing a robot bird, modeled on a seagull. The SmartBird flies by flapping its wings, steers, and lands on its own. See some animated concept videos of the bird in action. 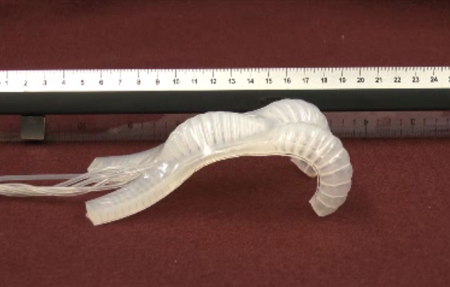 It may look like a simple piece of plastic, but this robot has the moves! In fact, that’s what it is for--to test out news ways for a robot to move. Developed by researchers at Harvard University, this soft robot was inspired by the movements of squid and worms. 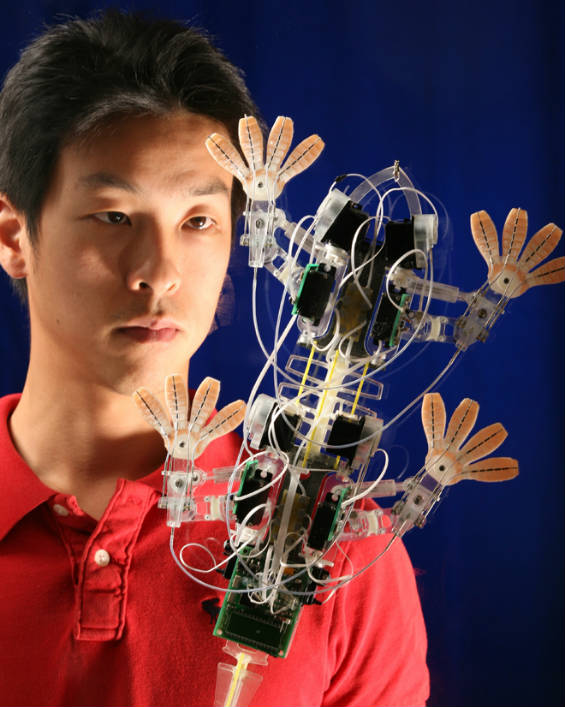 Stanford University's RiSE team built Stickybot, a climbing robot with feet designed like a gecko's peculiarly textured feet. The concept is dry adhesion, harnessing microscopic stalks on the surface of the feet. They are now working on Stickybot III, with several improvements over the earlier models.