When I researched the post 14 Great Names for Bugs, I found other wonderful species names, including some creatures that no longer exist. Still, extinct species are part of our history, and they get names, too. Sometimes really inventive names!

Bambiraptor feinbergi is a 75-million-year-old theropod dinosaur that was named after the Disney deer Bambi. Why? Because it is small -less than a meter long. It was later determined that the fossil found in 1993 is a juvenile example. The feinbergi for the species name is in honor of Michael and Ann Feinberg, who purchased the fossil and donated it to a museum. Photograph by Wikipedia user Thesupermat. 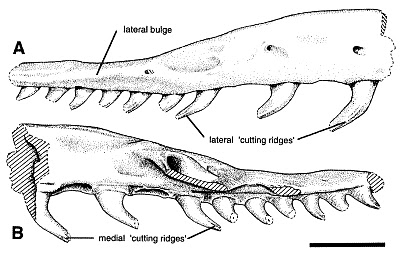 In 1985, a 15-million-year-old snake fossil was designated as Montypythonoides riversleighensis. Yes, it's a python. A seven-foot-long python with huge teeth! But it was later found to be not exactly new, and was reclassified as Morelia riversleighensis. 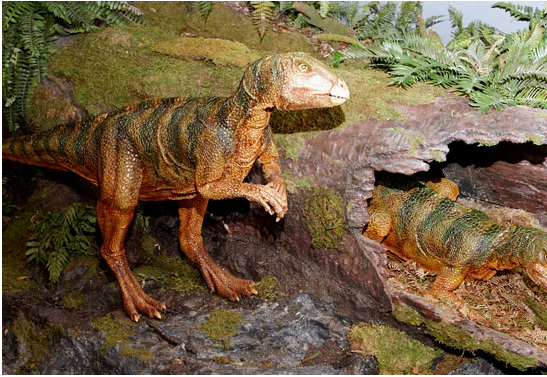 Can you guess where the name Qantassaurus comes from? I bet you can guess where this dinosaur comes from, too. Yes, the fossils were found in Australia, in the forests of Victoria. It was named in 1999 in honor of the Australian airline Qantas. Qantas sponsored dinosaur hunting expeditions and shipped fossils around for the the Great Russian Dinosaurs Exhibit in the mid-'90s. And here's something I did not know: the reason that Qantas does not have a "u" after the "q" is because it is an acronym for Queensland and Northern Territory Air Service. Photograph by Jon Augier, Museum of Victoria.

Dr Frank Eames and G. L. Wilkins named a new specimen of extinct bivalve seashell Abra cadabra in 1956 (or 57). They then pegged the genus and renamed it Theora cadabra in 1957. Still good, but it was later found to be an already-known species called Theora mesopotamica that was discovered in 1918. 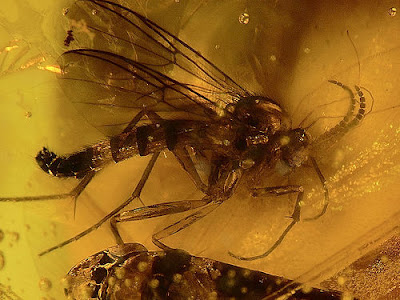 Carmenelectra shechisme is a species of extinct moth that was discovered preserved in amber. You pronounce it “Carmen Electra She Kiss Me.” The species was named by Dr. Neal Evenhuis, senior entomologist at the Hawaii Biological Survey. He designated the species in 2002 to honor the actress/model Carmen Electra, and tried to contact her about the name. In 2008, Evenhuis said,

Gluteus minimus as a species is an extinct newt found in Iowa. Specimens were first found in 1902, but not formally described until 1975. Scientists call these fossils "horse collars." The species still isn't formally assigned to any known phylum. The naming may have been a pun about the muscle gluteus maximus, since the fossils are small and resemble a butt. Or it may actually have been named for the gluteus minimus muscle, but there is no obvious reason for that. This picture is a possible, but unconfirmed picture of Gluteus minimus. Photograph by Northern Sharks. 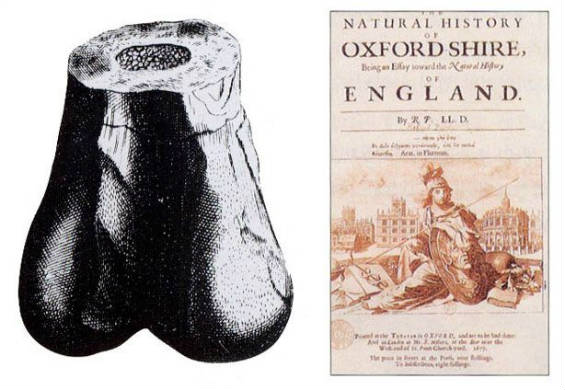 The fossil was found in England in 1676. It was (correctly) identified as the end of a femur at that time, but (incorrectly) ascribed to a giant human. Scrotum humanum was a name given to the species by Richard Brookes in 1763, who was honestly describing what the fossil looked like. Scientists didn't think that was quite proper, but the dinosaur name that was later given to the species, Megalosaurus bucklandi, could not be formally attached to the original 1676 femur, as the argument was made that the name Scrotum humanum was never meant to be serious. Besides, the original bone was lost, and all that remains is the illustration you see here.