The Lasting Gifts of the Civilian Conservation Corps

In 1933, America was in the depths of the Great Depression. Unemployment stood at around 25%. As soon as he took office, President Franklin Roosevelt pushed for an employment program called the Civilian Conservation Corps (CCC). He ran a similar program as governor of New York, and hoped a national program would get young men out of the city slums, give them something productive to do, and improve conservation and access to the country's natural resources all at the same time. Six weeks later, the first CCC camp was set up. The U.S. Army was mobilized to transport the workers and supervise the camps. Unskilled and unemployed men between the ages of 17 and 23, whose families were on government relief, flocked to sign up. The pay was $30 a month, $25 of which was sent to the worker's parents. The $5 that was left seemed quite enough, as food, shelter, clothing, and medical care were provided by the government. Later, a category for unemployed veterans was added, which opened the way for older men with families to participate.

Before the program ended in 1942, over 2.5 million men worked under the CCC. The program was a hit with the public from the beginning. Participants became healthier with regular meals. They also gained confidence, work skills, and travel experience. The money sent back home boosted the economy. The mayor of Chicago credited the program with a drop in the crime rate. As success was seen, the program was expanded and modified. But it was expensive, and support for the CCC waned as the economy improved. The need for manpower in World War II ended the need for the large unemployment program, but it may have died on its own anyway. The program succeeded spectacularly in its short term goals. In the long term... well, that's what this post is really about. 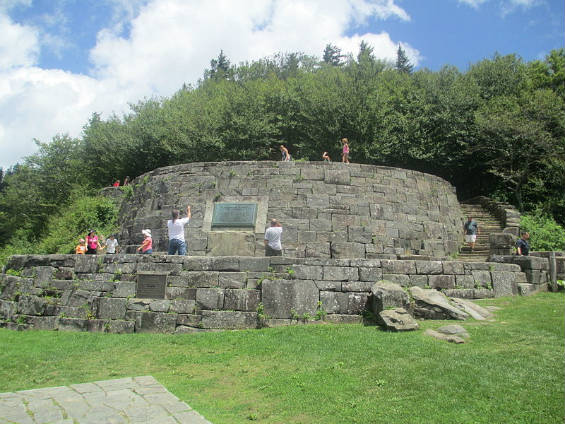 The Great Smoky Mountains National Park was largely built by the CCC. Workers from 23 camps built hundreds of miles of roads through difficult territory, plus bridges, buildings, fire towers, and campgrounds. They also planted trees and renovated historic architecture in the area. One of the CCC projects you can still visit in the park is the Rockefeller Memorial pictured here. Photograph by Wikipedia user Billy Hathorn. 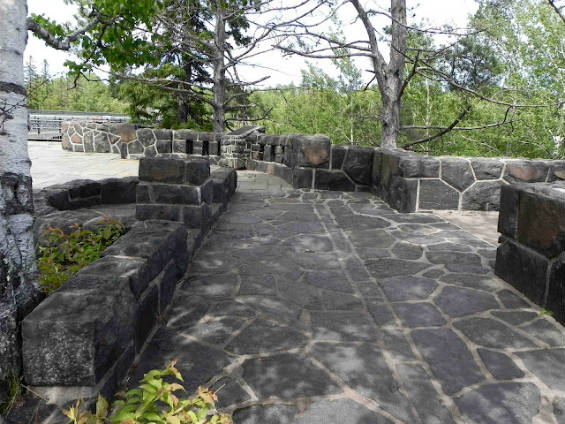 Seventy+ years later, the stonework at Gooseberry Falls State Park in Minnesota still holds tight. The stone features referred to as "the wall" or "the castle" were built by the young men of the CCC. They were recruited as "unskilled" workers, but after this project, they had beaucoup stonemason skills. 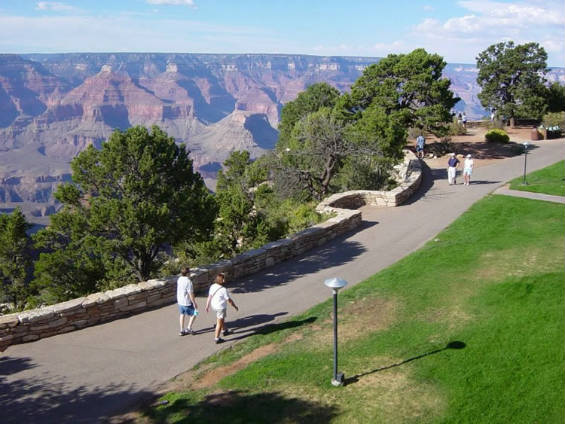 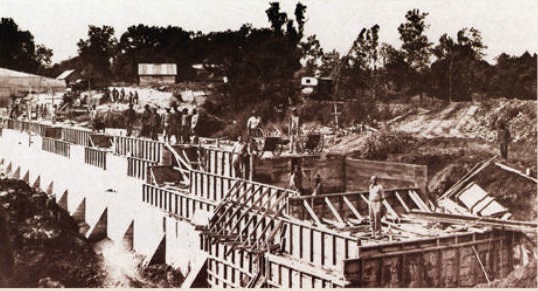 Fort Parker State Park in Limestone County, Texas, was created in 1935. The CCC built the park's facilities and constructed the dam that made Fort Parker Lake. They also rebuilt the nearby fort that the park is named for, in time to celebrate its centennial in 1936. You can still visit the reconstructed fort today. The State of California had already designated thousands of acres as public lands for parks, but lacked the money to develop those areas for the public to actually use before the CCC sent thousands of workers in the 1930s. They built many structures that are still being used, such as the Mount Diablo State Park Lookout Tower shown here. Photograph by Flickr user Airplane Journal. 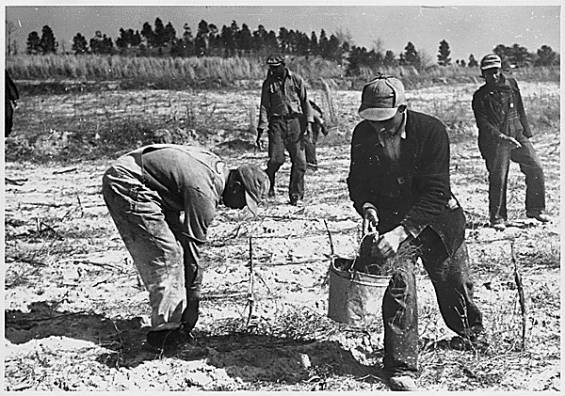 Reforestation is one of the lasting legacies of the CCC. Overfarming and industry had destroyed or damaged many forests in the early part of the 20th century. This led to erosion problems, flooding, and loss of topsoil. The CCC planted 3 billion trees across the country, including those in 101,154 acres of the Manistee National Forest in Michigan. The Manistee National Forest is just one of many that owe their present state to the CCC. Photograph by Flickr user lahvak. One of the many of the distinguished alumni of the CCC is 1970 Nobel Peace Prize winner Norman Borlaug. Another Depression-era program, National Youth Administration, enabled Borlaug to attend college, where he studied forestry. He helped finance his education by working for the CCC beginning in 1935. That job, working with young men who would otherwise be starving, affected his ambitions, and set him on the road to developing crops that would alleviate food shortages throughout the world. In his later life, he was credited with saving "over a billion lives." Photograph by Flickr user khalampre.

This is far from an exhaustive list of the projects the CCC completed that we still enjoy today. Your local state park is probably another that was built by the Civilian Conservation Corps almost 80 years ago.