10 Horrible Things We Do to Teddy Bears

I would like to draw your attention to a horrible epidemic of toy abuse. Teddy bears are being treated like objects in that we find ways to hurt, maim, and destroy them in the name of recycling, art, politics, or even entertainment. It's not that Ursus teddius domesticus is an endangered species (quite the contrary), but do we have to treat them so badly? Let's check out a few awful things that humans have done to teddies.

1. Drop Them From Planes

A Swedish plane flew over the town of Ivyanets, Belarus, last July and dropped teddy bears. Thousands of bears rained down on the town, "bearing" messages such as “Belarus freedom” and “We support the Belarus struggle for free speech.” The storm of bears was traced to Studio Total, a Swedish ad agency, which performed the stunt free for the political group Charter 97. Belarus president Alexander Lukashenko, who Charter 97 refers to as a dictator, tried to keep the bear drop out of the news -to no avail, thanks to Twitter and other social media.

2. Use Them in Experiments 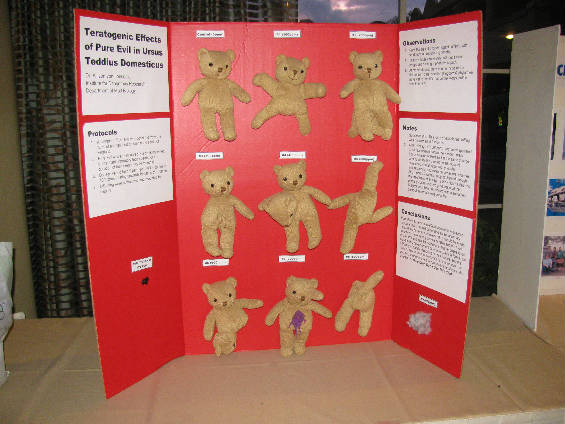 The winning entry in the Mad Science Fair at ConDor 2010 was Dr. Allison von Lonsdale of the Institute for Dangerous Research for her experiment called "Teratogenic Effects of Pure Evil in Ursus Teddius Domesticus." In the experiment, distilled Pure Evil was given to pregnant teddy bears to measure its effects on their offspring. The offspring, both miscarried and term, were "euthanized and mounted for display." The experiment is explained in full here. 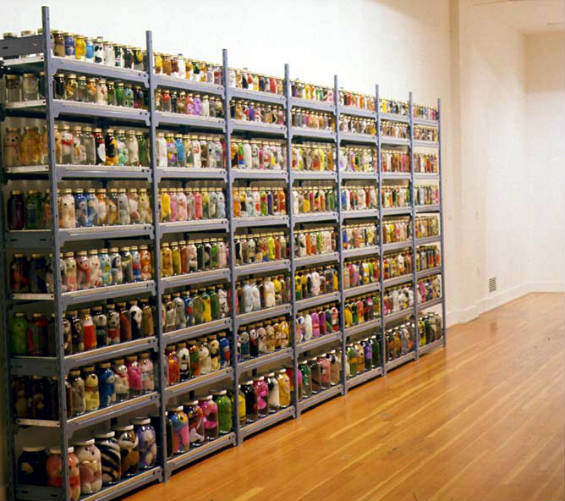 Canadian conceptual artist Iain Baxter&'s art installation called Animal Preserve(s) puts teddy bears and other beloved plush toys on display in specimen jars. Or are they just canned for later consumption? This installation was created in 1999, and has been copied by teenagers and other subversives ever since. 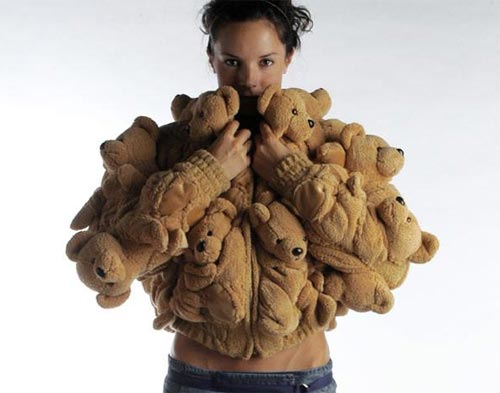 Artist Sebastian Errazuriz made a coat out of teddy bears in 2009. No doubt it was warm. 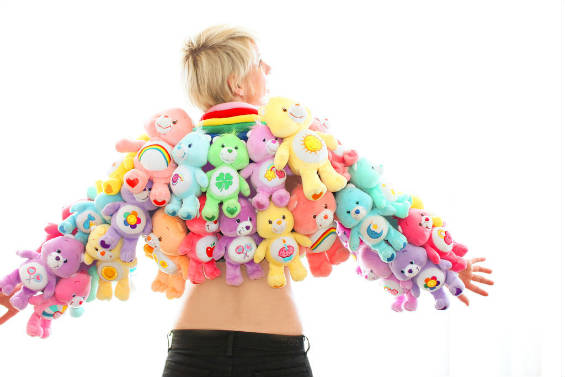 The Care Bears Coat by Instructables member scoochmaroo doesn't cover as much skin, but is more colorful. It consists of 45 Care Bears. 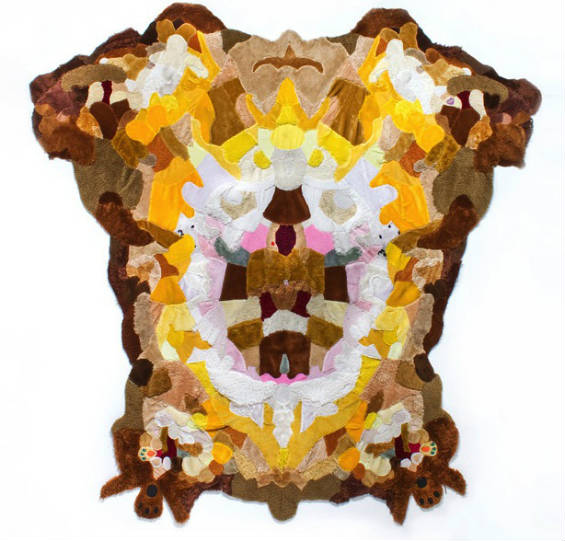 Argentine artist Augustina Woodgate makes rugs from the recycled "skins" of donated plush animal toys. The effect is beautiful, combining the abstract feel of a crazy quilt with the thoughtful combination of colors that go into any work of art. 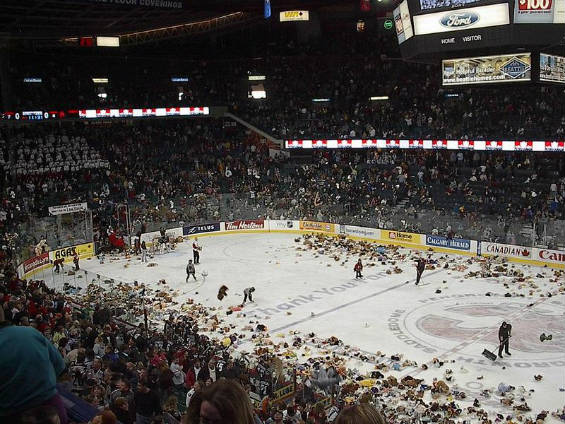 Throwing teddy bears can be cathartic, and it's for a good cause. The teddy bear toss is a tradition at hockey games in some areas of Canada and the United States, particularly around Christmas time. Spectators are encouraged to buy a teddy bear and bring it to a hockey game to toss on the ice. The bears are gathered up and given to hospitals and charity toy drives. Shown is the teddy toss at a Calgary Hitmen game in 2005. 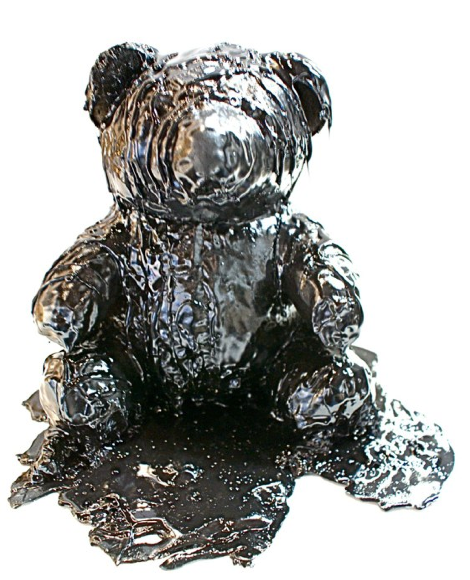 Italian artist Mattia Biagi moved to Los Angeles and became fascinated with the La Brea Tar Pits. That led to sculptures made by dipping objects in tar. Teddy bears aren't his only objects covered with tar, but there are several of them. 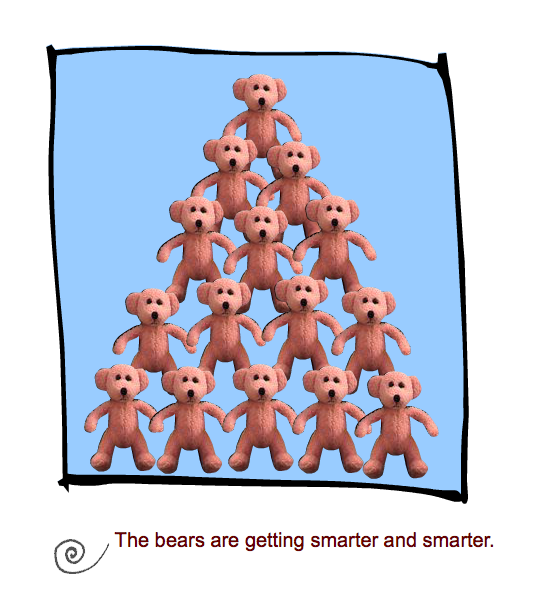 Teddies stack themselves up and you knock them down. The game is simple, but your destructive nature causes mayhem for the poor toys! 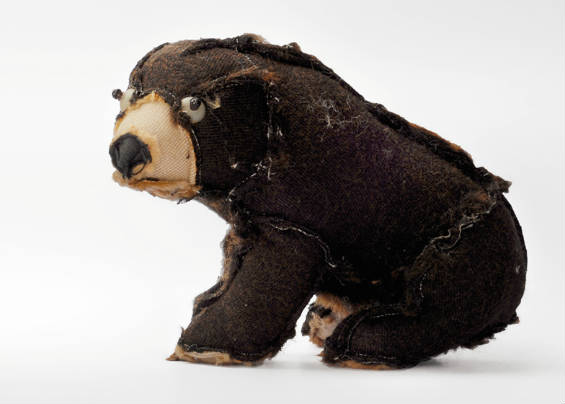 Zurich design studio Atelier Volvox created a collection of plush animals using old donated toys. They removed the skins, reversed them, and re-attached them inside out! The results, called Outsiders, are recognizable but somewhat creepy. 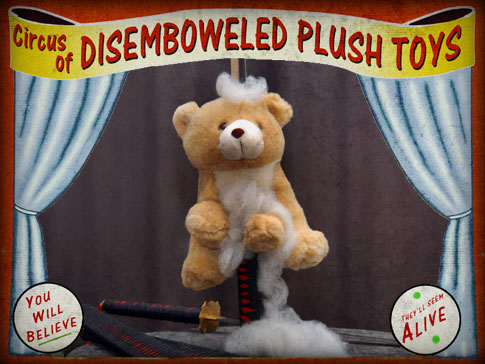 The Circus of Disemboweled Plush Toys includes, but is not limited to, teddy bears. They are displayed in the manner of a carnival sideshow, as if they were freaks of nature. View the entire collection at your own risk. The horror!