Making a gingerbread house is a fun and traditional craft for the holidays, but there's no reason why crafting with gingerbread should be limited to architecture. New generation gingerbread construction is only limited by what can be imagined. Here are some geeky gingerbread creations inspired by popular science fiction worlds.

Redditor nem8 made a gingerbread replica of the starship Enterprise for Christmas 2011. Although it is labeled "USS XMAS" in icing, he called it the "Gingerprise." 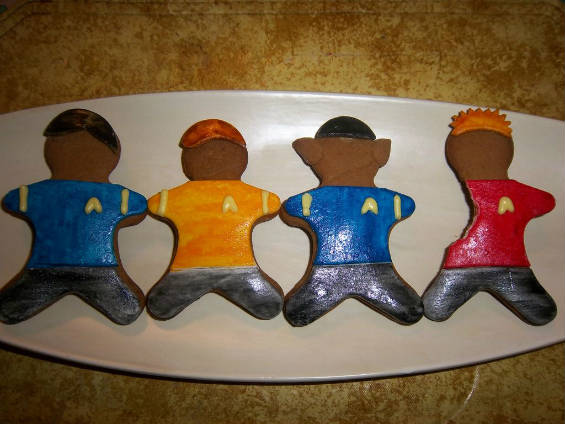 Instructables member SeaSkyShore made gingerbread men in the images of the characters from Star Trek. You can, of course, recognize Bones, Kirk, Spock, and that poor nameless sap that gets destroyed as soon as the away team transports to an alien planet. And since you want to "destroy" these gingerbread men by eating them, you'll want to put red shirts on most of them! Complete directions for the cookies are at Instructables. 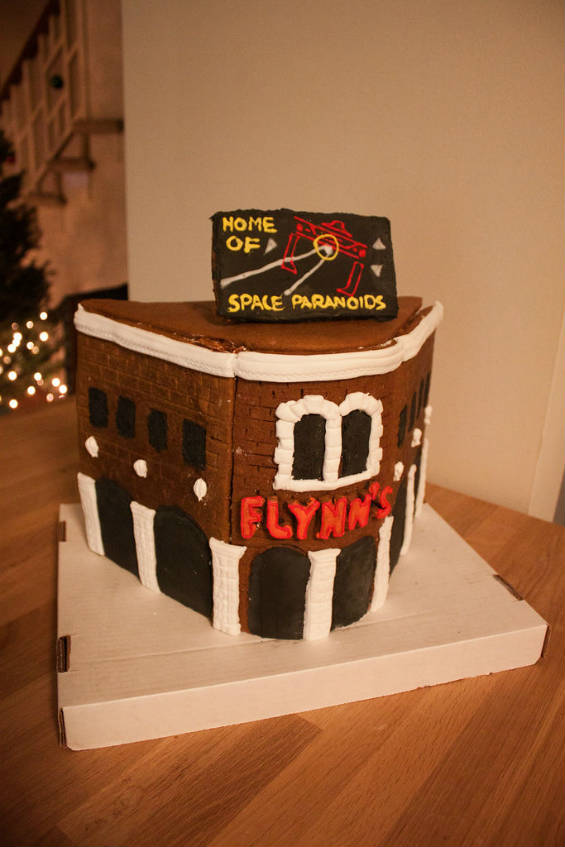 Instructables member GeekFilter built a gingerbread version of the arcade in the movie Tron for a contest a couple of years ago. At the entry page, you'll see more pictures, including how this science-fiction gingerbread building stacks up against the real building used for the film. 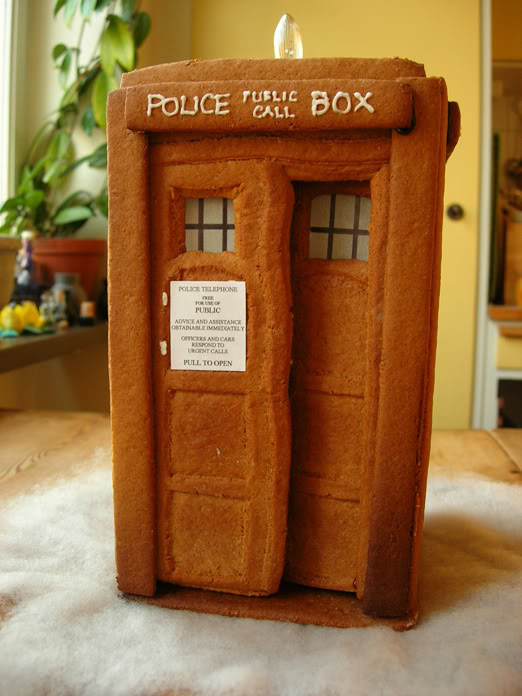 Livejournal members therru and pnr built a Time and Relative Dimension in Space machine, or TARDIS as it's known in the Doctor Who universe, out of gingerbread. They shared the process of building it so you can make your own. 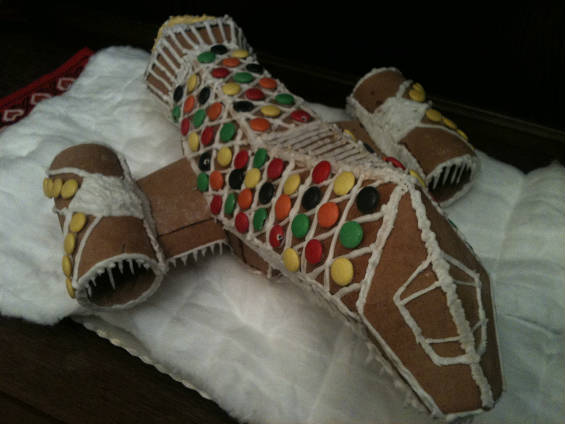 Norwegians Kristoffer Gressli and his brother built the Serenity space vessel from the TV series Firefly out of gingerbread. See some pictures from the project in his Facebook album, and don't miss the bonus pictures of their gingerbread Bag End and Orthanc tower from previous years! 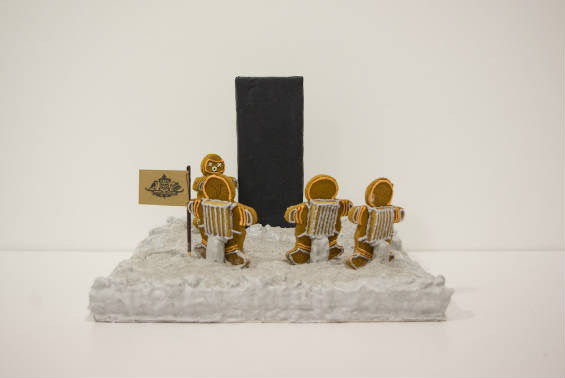 Gingerbread Ninja posted a picture of this scene from 2001: A Space Odyssey complete with monolith, made out of gingerbread. It was an entry in the Creative Room's gingerbread auction back in 2009, so the Ninja's photo is the only record left of it.

Inspired by the Transformers, Brian Hall built a gingerbread house that transforms into a robot! The Gingerbreadtron uses six servo motors linked with an Arduino Uno board. Yes, it's made of gingerbread. See pictures of the construction at his site. 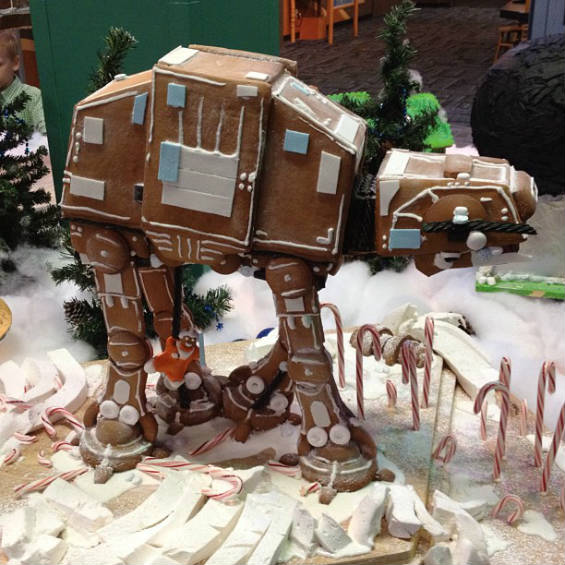 Star Wars inspires many gingerbread builders. This dreaded Imperial AT-AT is made of completely edible gingerbread, constructed by Rachel Klemek of Blackmarket Bakery. It was displayed last Christmas at the Discovery Science Museum. 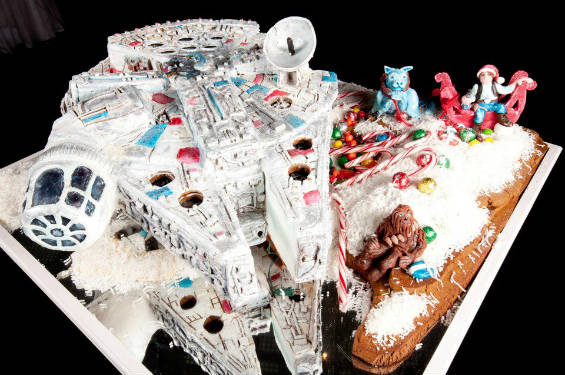 Han Solo's ship has a place in Canada's National Gingerbread Showcase 2012. The gingerbread version, complete with Wookiee, was made by the folks at Canoe Brewpub. 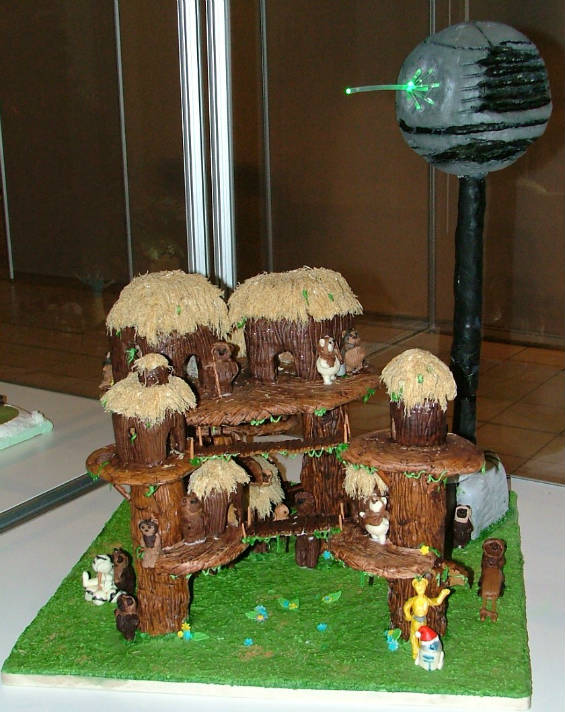 On a moon of the the planet of Endor, under the forest canopy, lies a village made of chocolate, breakfast cereal, and gingerbread! The Canadian baker known as The Infinite Yums built this Ewok Village for a charity auction. The post about it has the building process and plenty of pictures of the details.