Three years ago, I posted a list of Bizarre But Clever Christmas Decorations. Since then, the internet has disseminated many ways that people have broken away from the normal methods of decorating their homes and yards, which may be simple but stand out because of their differences. You have to particularly admire those who make it easy on themselves with shortcuts!

Don't Get Too Excited

Christmas is a time to show your true feelings. Spell it out in lights if you have to. 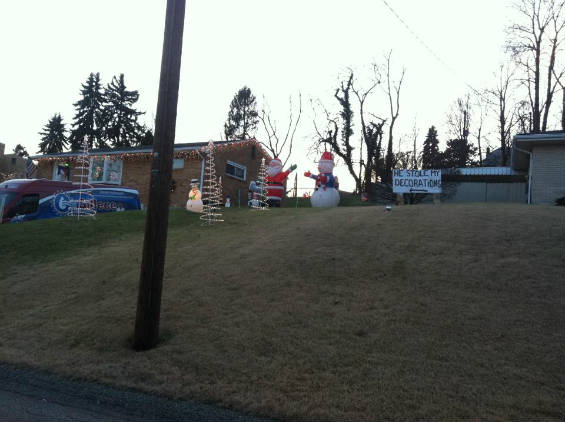 Redditor minbambi caught this sign in her neighborhood. Are you having trouble reading the sign? Here's a closer look: 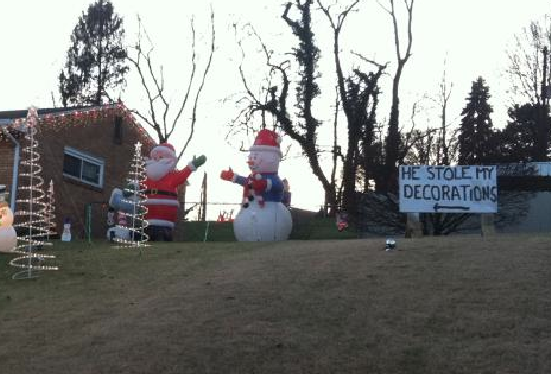 The same home had used the sign before. Much cheaper than buying decorations yourself! Ebenezer Scrooge said it best, and people have been saying it ever since. Photograph by Flickr user NiferCritter. 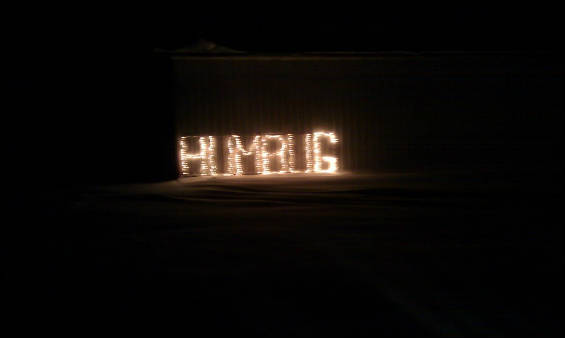 You don't even have to spell it all out. People will know what you mean. 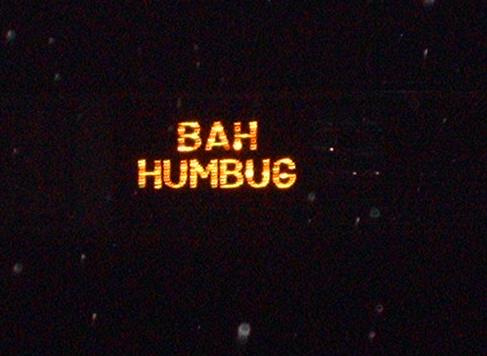 This house looks like a normal, everyday American home -by day. At night, the Christmas lights overshadow anything else. 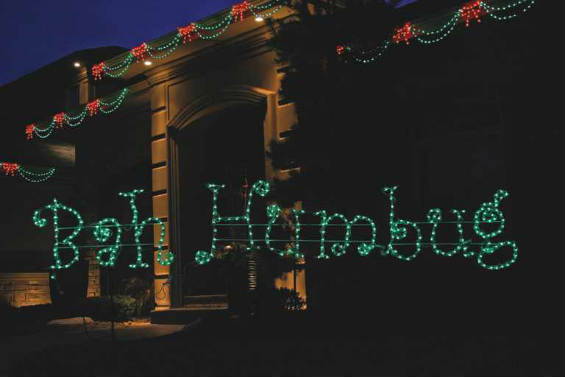 This display is from the Holiday Dynamics website. Not really sure if these are for sale; they may be a custom order. Isn't it nice to see "Bah! Humbug!" written in such a cheery holiday font? 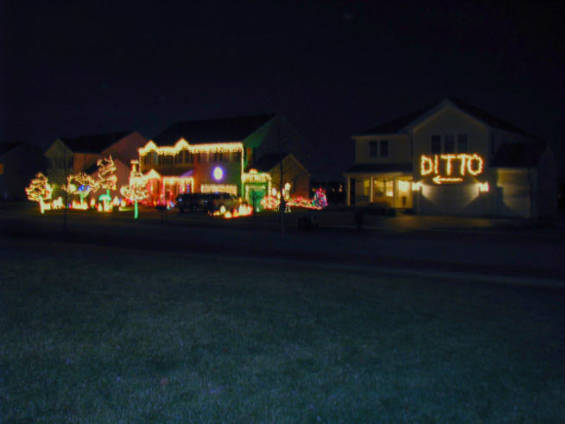 "Ditto" means "the same." When I was young, we used ditto marks like this: " " when we didn't want to write the same thing over and over in a chart. Now it's an easy way to say "I love you," to reply to someone who loves you when you don't want to say the words. It's also a way to express that you have the same Christmas cheer as the guy who put up all those lights, without having to put up all those lights. Dave Nosek of Chicago used the word in his Christmas lights in 2009, because he felt he couldn't complete with his neighbor, Chet Cybulski, and his ever-growing light display. It was Cybulski's idea, taken from a picture he saw on the internet. Here's a video of another such display from 2009, no location given. 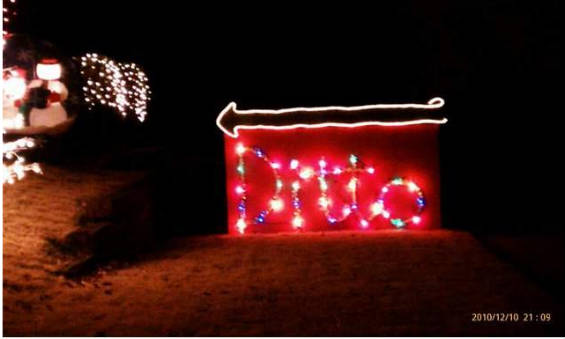 In 2010, an unnamed homeowner in Broken Arrow, Oklahoma built a ditto sign that can be pointed at the most brightly-decorated house on the block, whichever direction that may be. Photograph by Nance Henderson. 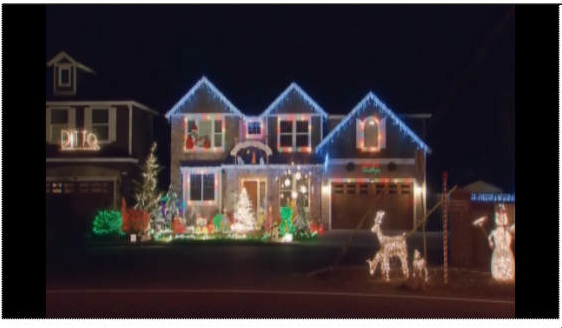 In 2011, Courtney Clarke of Beaverton, Oregon, used the idea to avoid the work her neighbor put into a grand lighting display. 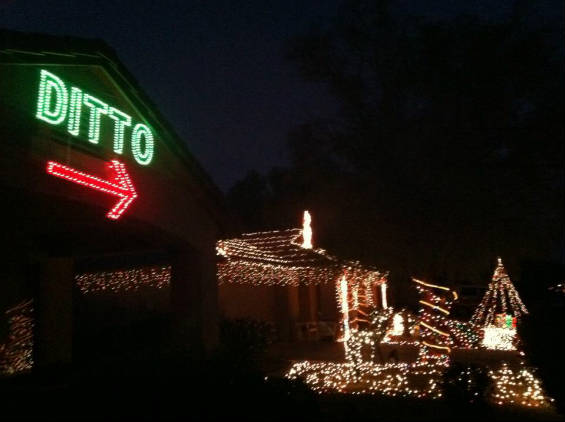 This year, the ditto lights in the news can be found at Kristina Green's house in Maricopa, Arizona. This display has its own Facebook page! The sign is homemade, with nearly 400 lights. Get a closer look.

Okay now, which ones of you are going to use these ideas next year?