Communities are more likely to stage festivals during summer school breaks and in autumn to celebrate the harvest, but that only makes winter festivals stand out from the crowd. If you have some free time, you might want to go where the action is this winter. 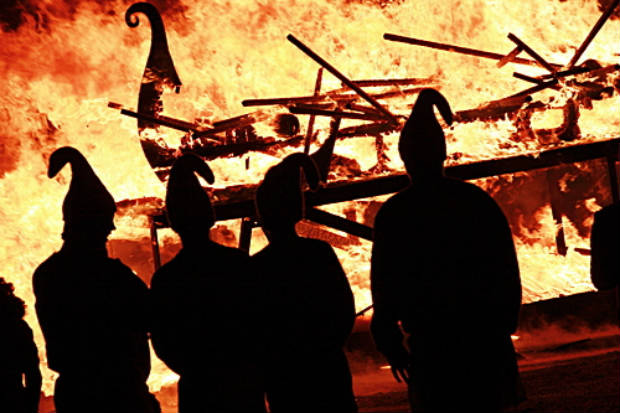 Up Helly Aa happens in Lerwick, Shetland, Scotland, on the last Tuesday in January, which is the 29th this year. The festival is led by the elected Guizer Jarl, or head Viking, and his Jarl Squad, clad in different historic uniforms each year. The squad performs various ceremonial duties during the day, and at night the town's lights are turned off while they lead a procession of up to a thousand men carrying torches while thousands more watch. The public is not allowed to watch the end of the procession, in which the torches are used to ceremoniously burn a Viking galley. After the boat is burned, the guizers return to the village for parties and merrymaking. The festival began in the 1800s as rowdy street parties around Christmas evolved into more civilized rituals. A group of young men introduced the Viking theme into the celebrations around 1870. The oldest and biggest Up Helly Aa is at Lerwick, but other towns in Shetland carry on the rituals as well. 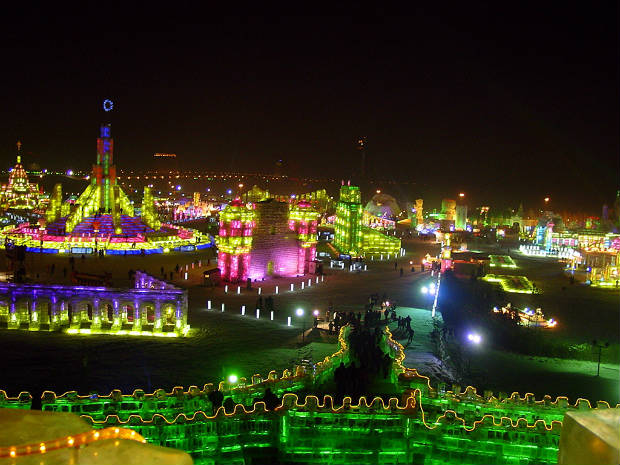 The Harbin International Ice and Snow Sculpture Festival lasts for a month, this year until February 5th, although some events may occur later. Harbin is the capital of Heilongjiang Province, near Siberia. The entire city is turned into a wonderland of ice and snow, with some sculptures as big as buildings—and some are actually buildings that can be toured. An area called Ice and Snow World is filled with sculptures that are illuminated at night. Winter sporting events are also a part of the festival, which draws visitors from all over the world. 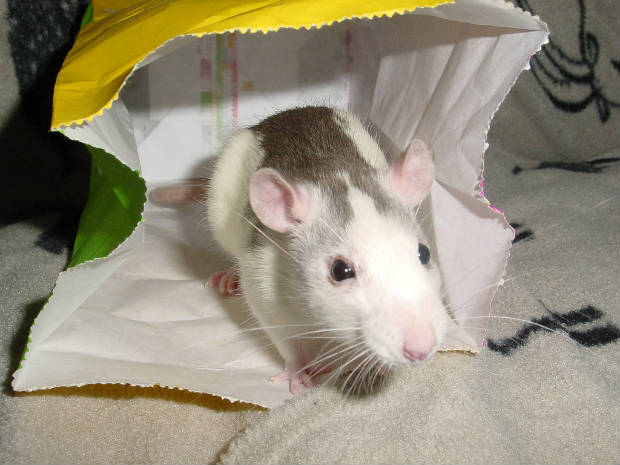 The American Fancy Rat and Mouse Show will be held Saturday, January 26th in Riverside, California. It's an opportunity for breeders and enthusiasts to exhibit and sell rats and mice as pets, but there will also be classes, competitions, and seminars. Admission is free and open to the public, but you must be an AFRMA member to exhibit or sell animals. 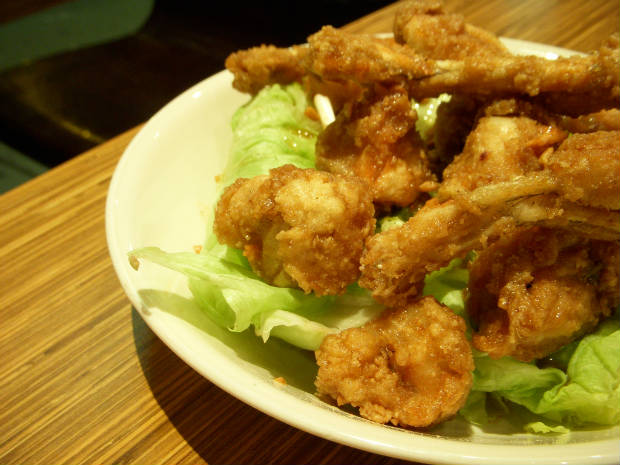 The Frogleg Festival in Fellsmere, Florida, started out as a simple dinner to raise money for children's recreational activities. When 400 people showed up, the townspeople decided to make it an annual event, which grew into a three-day festival (January 17 to 20 this year). The main draw are the frog legs and gator tail dinners, but you'll also find carnival rides, contests, and concerts. 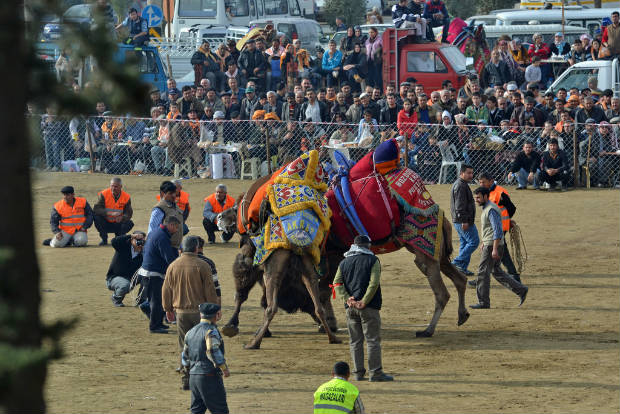 Camel wrestling is a popular spectator event in Turkey, in which two bull camels are tempted by a female, and then challenge each other for dominance. In reality…

camel wrestling is more akin to comedy than to blood-sport. Bull camels normally wrestle and butt one another in a knock-out contest for precedence in a herd, and more importantly, precedence in mating. In the arena two bulls are led out and then a young cow is paraded around to get them excited. It's very easy to know when a bull is excited as streams of viscous milky saliva issue from his mouth and nostrils. Mostly the two bulls will half-heartedly butt each other and lean on the other until one of them gives in and runs away. This is the really exciting bit as the bull will often charge off towards the crowd, with the conquering bull in pursuit, and the spectators must scramble hurriedly out of the way. The antics of spectators trying to avoid a thousand kilograms (nearly a ton) of camel running towards them can lead to pure comedy and is the best part of camel wrestling.

Although the camel-wrestling season runs through March, Selçuk, Turkey, will stage a championship event on January 20. 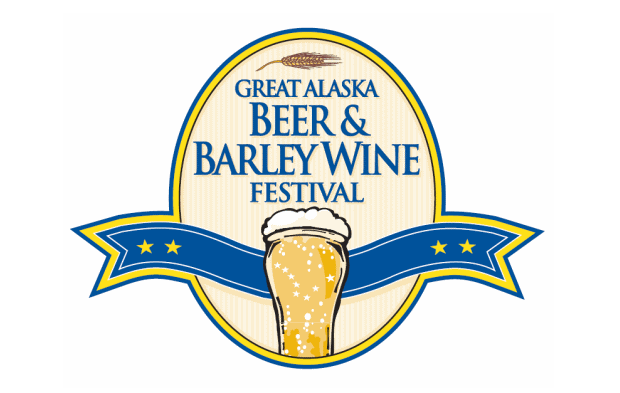 The Great Alaska Beer & Barley Wine Festival is a trade show held in Anchorage January 18-19. Admission is $40, but that includes beer! Dozens of regional brewers participate and show off their specialty brews. The festival benefits small breweries in exposure, and proceeds benefit the American Diabetes Association. 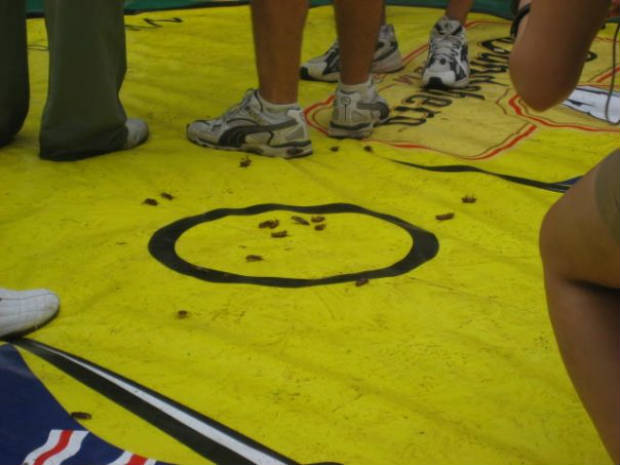 January 26th is Australia Day, and many festivals across the continent will coincide with the midsummer holiday. One of the more unusual events is the Cockroach Races in Brisbane on January 26th. Although the event organizers bring in cockroaches from Melbourne, entrants are encouraged to bring their own roaches as there aren't usually enough. Cockroaches have numbers painted on them to determine who wins each race. The festival also has live entertainment and a Miss Cocky Competition beauty pageant, which accepts entries up to the last minute. 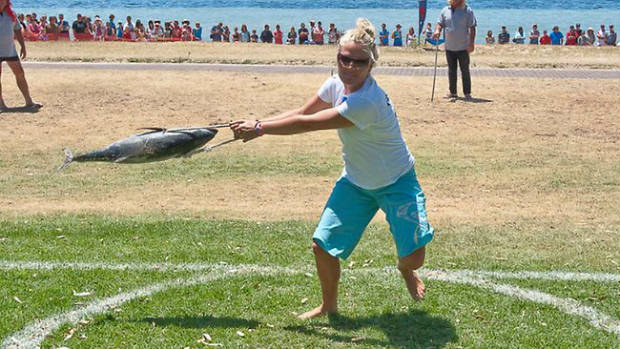 Also coinciding with Australia Day festivities, the Tunarama Festival in Port Lincoln, South Australia, happens in summertime down under, on January 25 to 28 this year. In addition to the usual festival events, this one includes the World Championship Tuna Toss. How far can you throw a big tuna fish? The winner gets $3000! Other competitions are the prawn peeling contest, the slippery pole competition, the tattoo competition, and the plywood boat building contest. 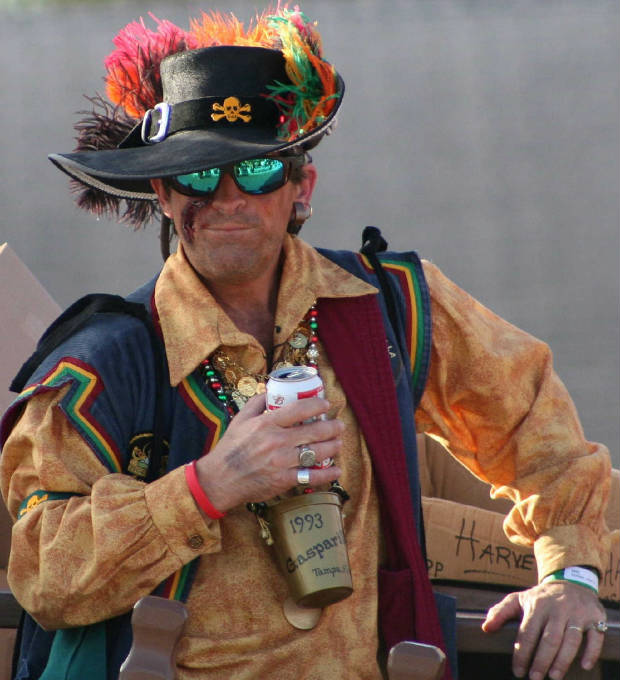 The Gasparilla Pirate Fest will be held January 26 when the Mystic Krewe of Gasparilla sails into Hillsborough Bay to invade Tampa, Florida. Which they've done annually since 1904, so it won't be a surprise. The pre-Lenten festival is named in honor of Jose Gaspar, the pirate called Gasparilla, who terrorized the Florida coast 200 years ago. Events include a pirate parade, brunch, and entertainment at the street festival at MacDill Park.

Yes, you still have time to make it to each of these events, but as far as hotel accommodations go, you're on your own!