Once called the "Children's Television Workshop's most ambitious educational project since Sesame Street," the PBS family mystery series Ghostwriter premiered in 1992 and lasted for three seasons. For readers who missed its original run, Ghostwriter was about a diverse group of kids who found and became friends with a ghost (a.k.a. Ghostwriter) that could only communicate by manipulating letters on signs, in books, and on computer screens. The ghost helped the group solve mysteries, while they also tried to solve the mystery of its identity. Whether you watched it religiously after school, or you've never seen a single episode, here are eight things you should know about Ghostwriter.

1. Ghostwriter was a murdered runaway slave.

The series was canceled before the kids could solve the mystery of who their ghost was before he died, but producer and writer Kermit Frazier had his identity sorted from the beginning. “Ghostwriter was a runaway slave during the Civil War,” Frazier told The New York Times in 2010. “He was killed by slave catchers and their dogs as he was teaching other runaway slaves how to read in the woods. His soul was kept in the book and released once Jamal (Sheldon Turnipseed) discovered the book.”

Jackson played Jamal’s father in the show, though he only appeared in three episodes in the entire series. The first episode starts with father and son digging through a basement for an old trunk for Jamal’s sister to use at college. Jackson has the first line of dialogue, and when he and Jamal move the trunk, the book that holds the ghost falls off of the shelf.

3. There were quite a few celebrity appearances.

Spike Lee, Daisy Fuentes, Bo Jackson, Salt-N-Pepa, Dr. Dre, Ed Lover, and other familiar faces showed up in episodes of the educational show, either playing themselves or small one-off roles.

4. Brooklyn was an important character in the series.

Set in the Fort Greene and Clinton Hill neighborhoods of Brooklyn, the writers and producers thought of Ghostwriter as a reflection of the borough. “We were looking for a neighborhood that was urban, multi-ethnic, but also had a bit of history to it,” executive producer Liz Nealon told The New York Times. ”When we first scouted Fort Greene, I said, ‘This is it.’” A church there, the Lafayette Avenue Presbyterian Church, was a stop on the Underground Railroad, and Nealon added that when Ghostwriter was alive, he would have stopped in that area.

5. The show was never really about the ghost.

While giving a group of kids a ghost to interact with is a fun way to get other kids interested, the makers of Ghostwriter wanted the primary focus of the show to be education. According to a 1992 article in Education Week, the three goals of the show were "to motivate children to enjoy and value reading and writing," "to show them how to use effective reading and writing strategies,” and "to provide them with 'compelling' opportunities to read and write.”

6. Ghostwriter was funded in part by Nike. 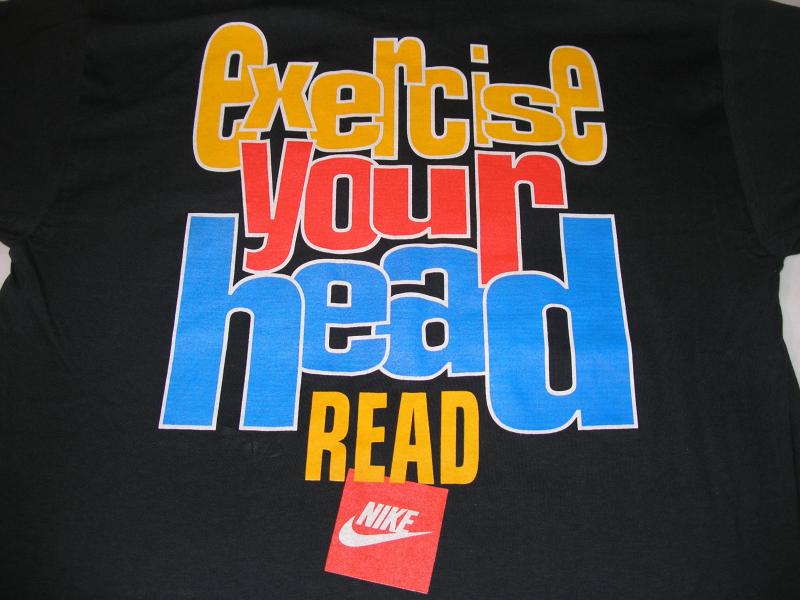 In the early 1990s, Nike was a frequent advertiser with Fox (which premiered a sneak peek of the pilot episode) and the major underwriter of Ghostwriter. The athletic apparel and footwear company contributed $5 million to the show, which at the time was the “largest single corporate grant ever made for a children's educational television project.” Nike also promoted the show and literacy with its “Exercise Your Head, Read” campaign.

7. Its first episode bumped the X-Men: The Animated Series premiere.

As a part of the deal with Nike and PBS, Fox had to do some strategic reworking of its Saturday morning cartoon lineup. On October 3, 1992, X-Men: The Animated Series did not premiere as scheduled. It was moved to October 31 to make room for Ghostwriter, but the commercials that were planned for its breaks were still shown. Also as a way to get viewers to watch both channels, part one of the premiere was shown on Fox, and viewers had to tune in to PBS on Sunday evening to see the conclusion.

IMDb lists Ghostwriter's "Erica Dansby" as Julia Stiles's first professional role (on television or film). As the editor of the school newspaper, she appeared in six episodes. But there is one clip that the Internet is obsessed with, in which Erica schools Tina (Tram-Anh Tran) on hackers.