This Indiana Road Was Built Around a Gravesite 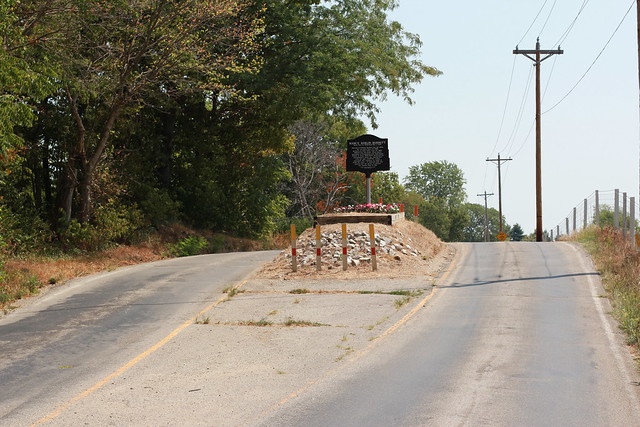 There’s a divided highway sign on Indiana's County Road 400 that may be the only one of its kind. It features a Christian Cross nestled between two diverging arrows. That’s because, just a bit further up the road, the highway splits in two around a lone grave. 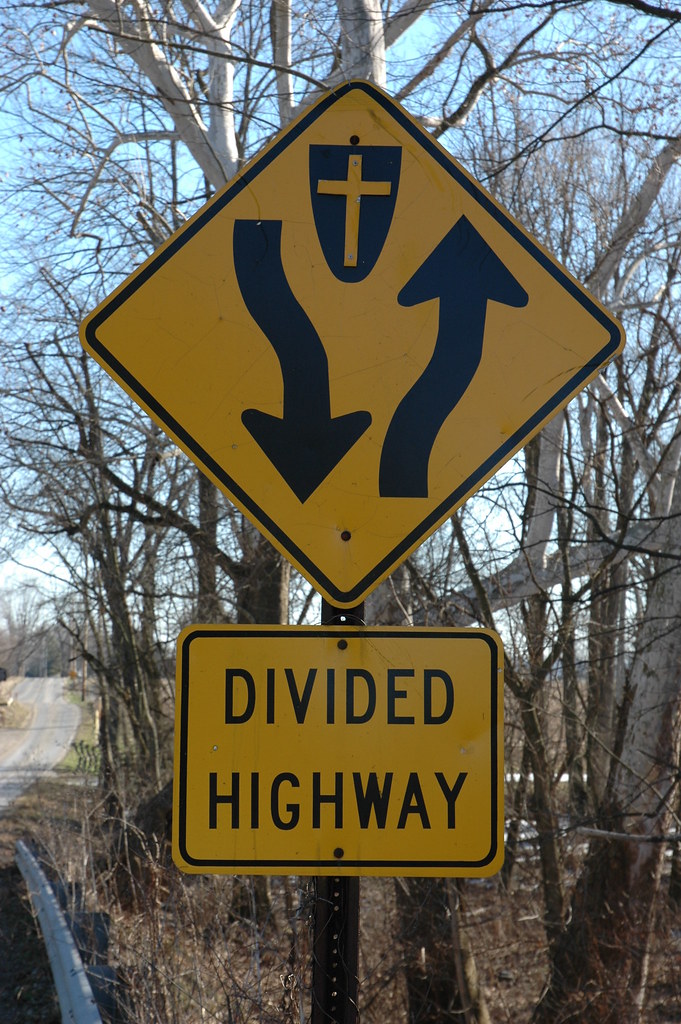 The gravesite belongs to Indiana native Nancy Kerlin Barnett, who died in 1831. The spot is considered by some to be one of the state's most haunted locations, but the real reason road workers were too spooked to relocate the grave 100 years ago has little to do with ghosts.

Nancy Kerlin married William Barnett at the age of 14 and went on to have 11 children before passing away at 38. She was laid to rest in one of her favorite places, a small hill overlooking Sugar Creek in Amity, Indiana. After she was buried there, an intimate cemetery began to form around her grave.

Sadly, the picturesque graveyard wasn’t around for very long. The county planned to build a road that ran right through it, so most of the graves were removed. The one exception was the grave of Nancy Kerlin Barnett, which her descendants insisted remain undisturbed. In order to ensure its safety, Nancy’s grandson Daniel (born 15 years after her death) camped out on the grave with a shotgun as the surrounding cemetery was relocated. The county eventually conceded and built the road around the untouched plot. A concrete slab was placed over her grave to protect it from traffic in 1912 and, in 1982, a historical marker was erected by her great, great-grandson and his son. Even after generations have fought to guarantee Nancy a peaceful afterlife, her grave still attracts visitors each year on Halloween.

The History of a Lone Grave in the Middle of a Rural Indiana Road http://t.co/za9n5noF8C pic.twitter.com/YFLWrswAhg