These Centuries-Old ‘Dissected Maps’ Were the Earliest Jigsaw Puzzles

Solving modern-day jigsaw puzzles is often about piecing together fun scenes, but the objects of leisure once served a more educational purpose. The Library of Congress recently added high-resolution scans of jigsaw puzzles that are among the first ever made, dating from the 18th through the early 20th century.

According to Rebecca Onion of Slate, the "dissected maps" were handcrafted by cartographers as learning tools. John Spilsbury is credited as the inventor of the jigsaw puzzle, but only the well-to-do could afford them. Now, thanks to the LOC, we can all see examples of the vintage wooden maps and their packaging for free.

While most of the puzzles are fully intact, there are a couple pieces lost to history. The oldest of the set (above) is from 1772 and depicts the "kingdoms of Spain and Portugal, divided into their great provinces." Check out a few of the cool puzzles below, then head to the Library of Congress' digital collection of maps to see them all. 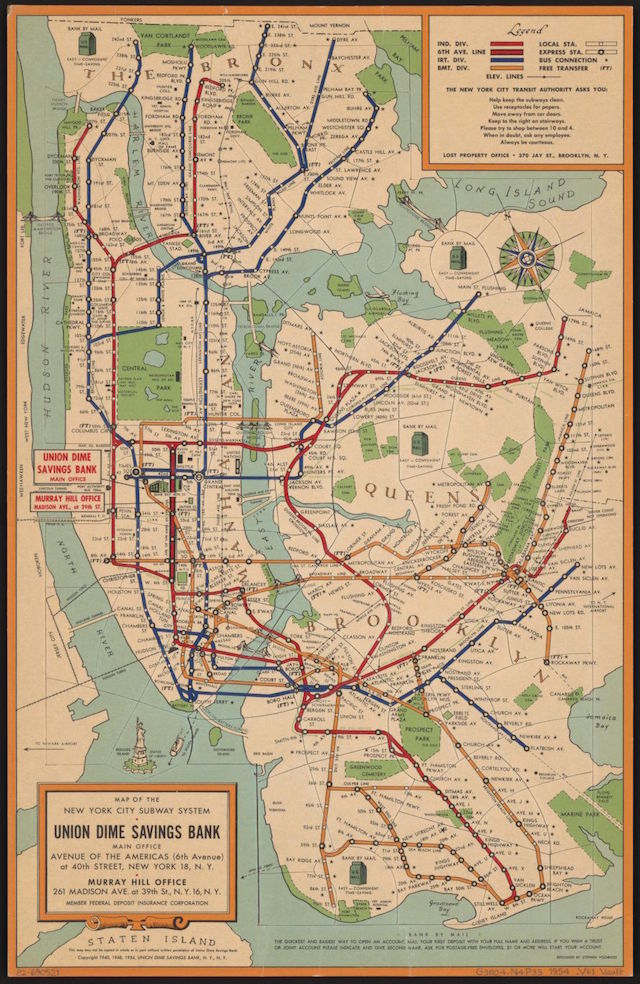 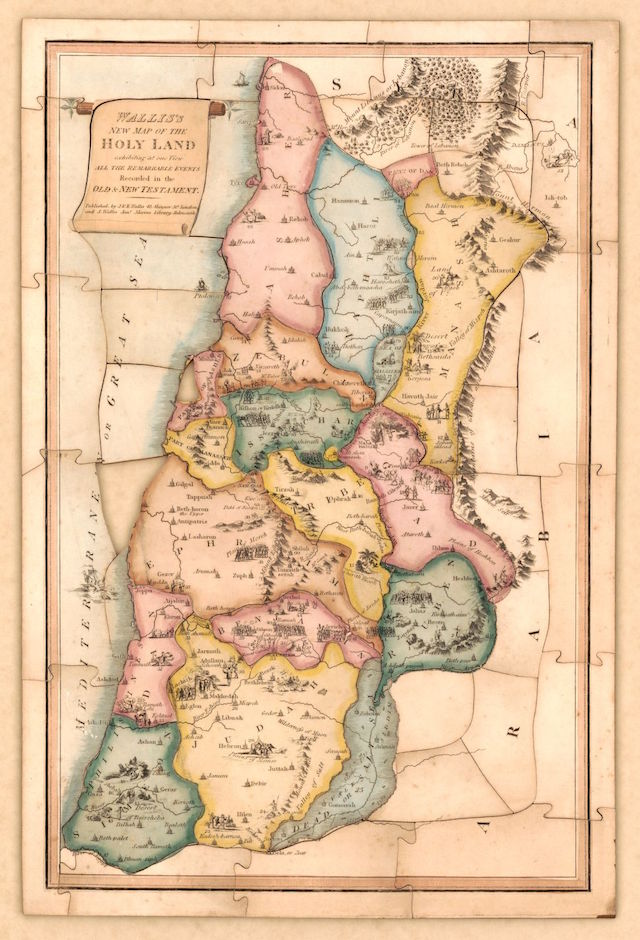 "Wallis's New map of the Holy Land : exhibiting at one view all the remarkable events recorded in the Old and New Testament," 1815 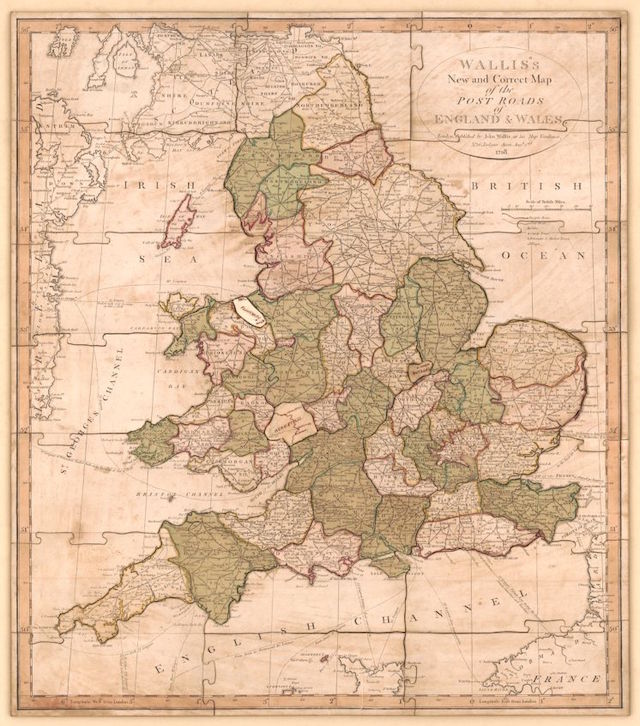 "England and Wales : with the principal roads and distances of the county towns for London," 1810 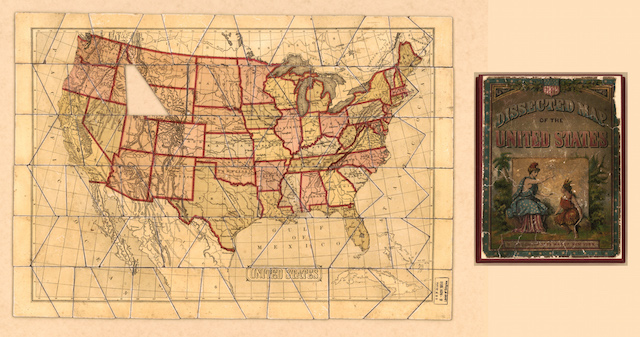 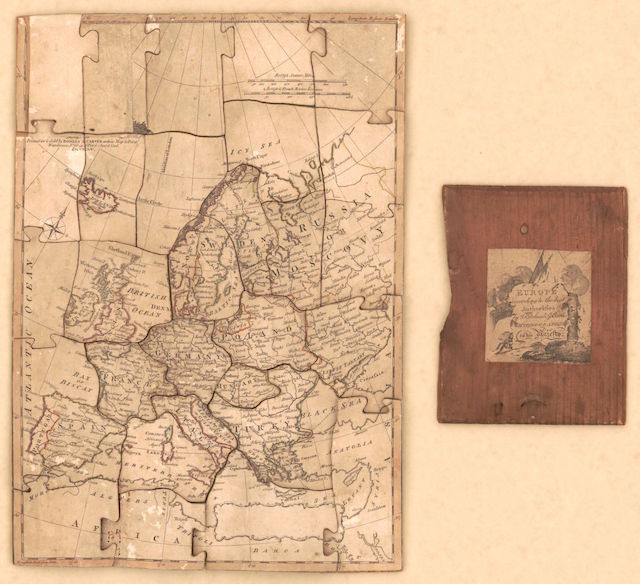 "Europe according to the best authorities," 1810 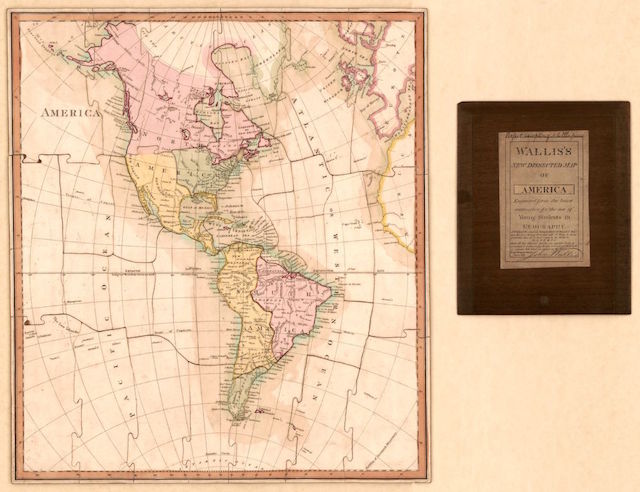 "Wallis's new dissected map of America, engraved from the latest authorities for use of young students in geography," 1812

All images courtesy of the Library of Congress, Geography and Map Division.