Meet Sparky, the Bison Who Survived a Lightning Strike

In July of 2013, wildlife biologist Karen Viste-Sparkman was doing a check-up on the herd at the Neal Smith National Wildlife Refuge in Iowa when she noticed one bull standing alone. Upon closer inspection, Viste-Sparkman realized that the bull was bloody, though that wasn’t necessarily a surprise—bison bulls often spar during the summer mating season. It wasn’t until she looked even closer that it became clear that the animal had been burned.

“Sparky” had been struck by lightning on his shoulder hump, and a large lump on his hind leg suggested an exit wound, meaning he was lying down when the accident occurred. Sparky was missing hair and soon became thin. He wasn’t expected to live much longer, and since a lightning strike is a natural (though extremely rare) occurrence, the refuge opted to “let nature take its course.” Still, Viste-Sparkman kept an eye on him. Soon, Sparky's wounds healed as he continued to move around, walking with a newly-acquired limp. 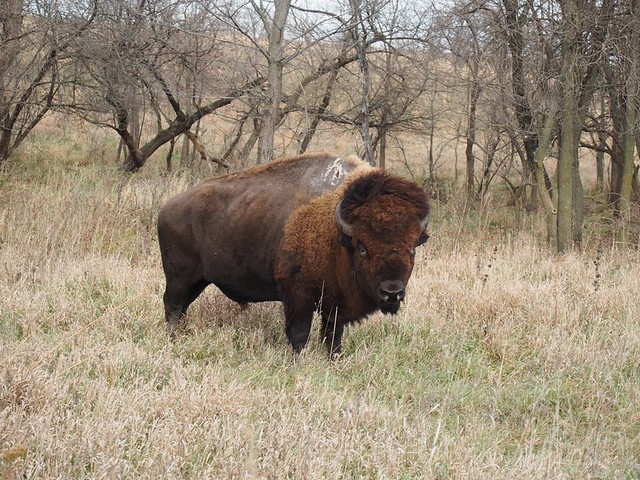 More than two years later, Sparky is doing well and is now considered one very tough survivor. He is 11 years old, and 1600 pounds—thinner than most of his peers, but still strong. If you’re ever near Des Moines, you can visit Sparky and his cohorts at the refuge. And in case you were wondering, the name isn’t an eerie coincidence: Sparky was named after the strike.