North Korea is a country shrouded in mystery, somehow as intriguing as it is tragic. Reports of famine wiping out a significant portion of the country’s population in the ‘90s, a seeming disregard for anyone outside the elite in the capital city of Pyongyang, and the total suppression of information from outside sources make it a difficult place to get to know, not to mention live in. Yet the country seems enraptured by its leaders: When Kim Jong-Il died in 2011 citizens lined the streets, many weeping uncontrollably.

The Kims have a lot of tools at their disposal to help deify them, but none have harnessed it better than Kim Jong-Il. Kim was a film obsessive, the proud owner of one of the largest private film collections in the world, with reportedly over 20,000 movies—almost all of them bootlegs, since it was illegal to import western media into North Korea. He experienced the power of cinema first-hand, and knew he could exploit it for the benefit of his and his father’s regime.

Infamously, he kidnapped South Korean director Shin Sang-ok and his ex-wife actress Choi Eun-hui in 1978, forcing them to make North Korean propaganda films for years before their daring escape in 1986. But even before that, in 1973, Kim Jong-Il published his propaganda manifesto On the Art of the Cinema, a 300-page, quasi-impenetrable opus filled with musings about what it takes to make a great film. The book was instantly a must-read among North Korea’s filmmaking studios—meaning they were literally forced to read it, not that it was a hit—and shaped North Korean cinema for many years. It also offered some (occasionally quite obvious) lessons to filmmakers around the globe, including these:

Cover page of the On the Art of the Cinema's English edition. Image credit: Finnusertop via Wikimedia // Public Domain


It might seem that talking about literature would be a bit of a sidestep for a book on filmmaking, but Kim Jong-Il dedicates the first 100 pages of his book to “Life and Literature.” He discusses literature as a source material for great cinema—combined, of course, with the great struggle and life experience of the North Korean people. In subchapters laced with clumsy metaphors, Kim likens a written work to a living thing and tells us that “in order to build the organic structure of a literary piece, it is necessary to have a clear vision of the fundamental principle which permeates all the elements of an artistic image and welds them into an integral whole.” Which, plainly speaking, means that story is everything. Without a compelling story with a clear goal (or “seed”), a film falls flat at the first hurdle.

2. “THE MOOD MUST BE EXPRESSED WELL.”

This lesson boils down to one thing: make us look good. Is the film set in the “exploitative society” of the West where “the majority of the population live in low spirits, plagued by worries and anxiety because they are poor and have no rights”? Well, make sure the mood of the scene reflects that. Irony aside, a real lesson for filmmakers here is to develop their craft, because “mood can only be correctly expressed by artists who have attained a high level of creative skill.”


A rookie mistake for filmmakers and screenwriters is forgetting that their scenes serve to propel the narrative forward, or to reveal more information about a character. “A film has to compress a considerable amount of narrative into a small space,” Kim points out, and meandering through a scene without any clear conflict (relating back to the “seed” from lesson one) could mean that “the film as a whole [would] have no dramatic structure, and dramatic description [would] be impossible.” (Other filmmakers might note that’s not a hard-and-fast rule—Quentin Tarantino famously plays with this idea in Pulp Fiction’s “Royale with Cheese” scene.)

4. “BEGIN ON A SMALL SCALE AND END GRANDLY.”

You could never accuse Kim of being a fan of subtlety and nuance (this, after all, is a man who claimed his birth was heralded by a double rainbow and whose favorite movies were said to be Friday the 13th and Rambo), and his musings on story arcs reflect this. “First impressions are important in a film,” the Dear Leader says, before elaborating: “if the beginning is too complicated, it will be difficult to follow the development of the story.” Solid advice: ease your audience into the narrative adventure you’re about to take them on.

What about the grand ending? Well, make sure it has meaning. Kim talks at length of grounding the story in a relatable human struggle rather than anything fantastical, and claims that “introducing some stunning occurrence or the total impact of something completely strange and unheard-of, in the hope of evoking meaningless exclamations of wonder, is a vulgarity which is incompatible with art created for the people.” That’s big talk for somebody who would go on to produce an absurd Godzilla rip-off that gained so-bad-it’s-good cult infamy.

5. “LIFE IS STRUGGLE AND STRUGGLE IS LIFE.” 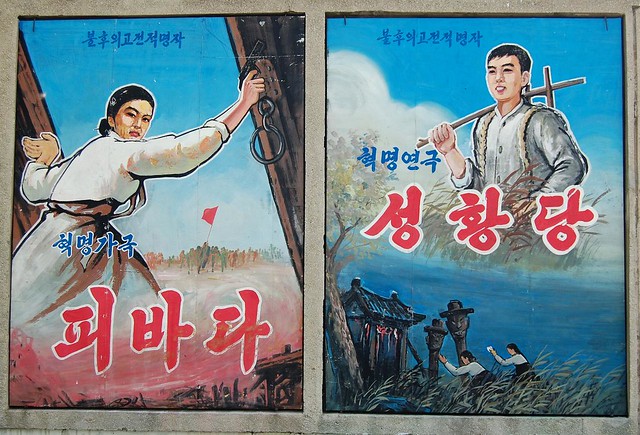 “Art presupposes life,” Kim says. “Without life there could be no artistic creation. An artistic work which does not mirror life honestly is useless.” (We’re guessing he’s not a big sci-fi guy.)

The end goal of North Korean cinema was, and is, to instill an exaggerated sense of national pride in the audience, and watching characters struggle—plus, crucially, overcome their struggles—on the big screen is one big way to create that pride. Of course, stories about overcoming struggles aren’t limited to North Korea alone (as Kurt Vonnegut demonstrates in this clip). Identifying with a lead protagonist’s struggle helps keep the audience rooting for them.

6. “IN CREATIVE WORK ONE MUST AIM HIGH.”

When Kim says “aim high” here, he’s referring more to creative standards than commercial success (ignoring the fact that state-produced films are always a commercial success in North Korea because viewing is often mandatory). According to Kim, “even if certain individual scenes are quite impressive, an able director will be concerned if the work as a whole appears vague and unconvincing” and ultimately a sincere belief in the work you’re making will help, as “the force of the passion he experiences when nurturing an excellent seed fuels his activity.”

7. "THE SECRET OF DIRECTING LIES IN EDITING." 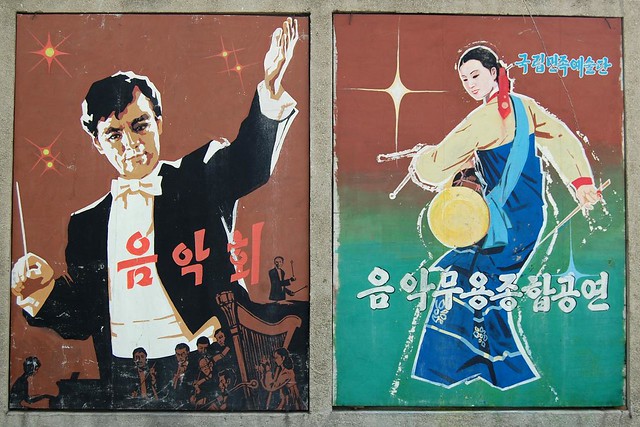 Again, Kim isn’t breaking any ground here—the Russian filmmakers of the early 20th century were among the first to harness the power of editing. Look no further than the Kuleshov Effect (an editing technique based on the idea than an audience will derive more meaning from two shots in a sequence than one shot shown in isolation) to see the kind of impact their work is still having on cinema today.

“Throughout the whole course of making the film, the director must constantly consider the work from the point of view of editing,” Kim says. He has a point: Considering how a scene is going to be stitched together in the edit is vital, but can easily be forgotten about on set. Kim goes on to say that the director “must always seek, by exploring new possibilities, to enhance the role played by editing.”

8. “FILMING SHOULD BE REALISTIC.”

Kim’s ideas of realism are tailored toward the camera as witness to the honorable workers’ struggle. He says that “there is nothing in society and nature, in human life or the physical world, which cannot be captured on camera,” and in doing so one can create “a rhythmical flow of imagery which will evoke a tapestry of emotions.” However, his understanding of cinematography and composition is clearly limited, with statements littered throughout the chapter such as “the camerawork of a film should portray everything clearly and concisely” and “the cameraman should portray life in a natural and realistic way”—none of which are elaborated upon.

He does, however, acknowledge that movement plays a vital role in the visual makeup of a film, explaining that shooting “should create cinematic movement by combining the movement of an object with that of the camera.” In other words, don’t just leave your camera sitting motionless on a tripod unless there’s a very good reason for it. Life, after all, rarely stands still.

9. “BEFORE ACTING [THE ACTOR] SHOULD UNDERSTAND LIFE.”


When he kidnapped the director Shin Sang-Ok, one of Kim’s major complaints about North Korean film was the melodrama. He bemoaned that actors were constantly crying in the movies—and I mean really crying. Which is why he emphasizes the importance of a non-theatrical realism: “The actor should not ‘act’ before the camera but behave as he would in real life,” Kim instructs, before launching into a lengthy diatribe about how the actor and character should become one and the same. (One wonders if he’d appreciate Jared Leto’s method acting.)

10. “MUSIC SHOULD BE APPROPRIATE TO THE SCENES."

This is another lesson that seems so painfully obvious it’s hard to believe Kim managed to spin it out to seven pages, but here we are. Using the wrong music is still a mistake you see today—filmmaker and YouTuber Darious Britt touches on recent examples of it in this 2015 video. One key mistake: You can’t just throw a piece of dramatic music over your scenes to add drama if there’s none there already. “Only when film music both conforms with the spirit of the times and suits the specific situation depicted can it pluck at the people’s heartstrings,” Kim says.