In Hollywood, big box office returns typically give an actor immense power. By that token, Frank Welker should have more sway than Will Smith, Nicholas Cage or Harrison Ford. After all, he’s outgrossed all of them - and everyone else in Tinseltown for that matter. That’s according to the The Numbers All Time Top 100 Stars at the Box Office list recently linked to by Metafilter.

The list ranks performers by the total box office they have generated and contains many of the iconic names you’d expect. But it also contains a variety of people you’ve likely never heard of, such as:

#1: Frank Welker
He may not be the person you expected to see there, but Welker has certainly earned the #1 spot. His vocal talents have appeared in 96 feature films (and earned him a total of 662 acting credits on IMDB). With a wealth of huge moneymakers on his resume (Alice in Wonderland, How the Grinch Stole Christmas, Transformers: Revenge of the Fallen, Independence Day, The Lion King, Who Framed Roger Rabbit?), it’s no wonder he finds himself atop the list.

His personal website touts the huge array of material he has cranked out over the last 40 years.

#7: Warwick Davis
You may know him best as Willow. But, that is, in fact, one of Davis’ least profitable movie appearances. He notched his first massive hit when he appeared in 1983’s Return of the Jedi as the Ewok Wicket and then really vaulted up the list more recently by playing multiple roles in Star Wars Episode 1: The Phantom Menace, as well as appearances in all eight Harry Potter movies.

#10: Hugo Weaving
If you don’t know Weaving by name, you most likely know his face from The Lord of the Rings and The Matrix trilogies. And just for good measure, he added a few more huge numbers to his overall box office total with a few Transformers movies and a starring role in the new Captain America film. 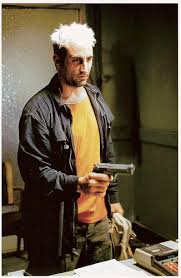 #30: Michael Papajohn
It seems like a safe bet to assume that if a movie is a big budget Summer blockbuster, Michael Papajohn will be in it. He's probably most recognizable as the carjacker that kills Uncle Ben in Spider-Man and then reappears in Spider-Man 3, but his credits also include Terminator 3: Rise of the Machines, Terminator Salvation, Charlie’s Angels, S.W.A.T., and the critically-acclaimed cinematic treasure known as Larry the Cable Guy: Health Inspector.

#34: Frank Oz
A lot of money he makes. Since 1980 Oz has been the iconic backward-speaking voice of the all-knowing Yoda, as well as a myriad of other Muppet characters. Additionally, Oz is an accomplished film director responsible for Dirty Rotten Scoundrels, What About Bob? and Bowfinger.

#91: Chris Ellis
Ellis is one of those guys whose face you probably know, but whose name you’ve never heard. Among his 31 films and $2.1 Billion box office resume are roles in Live Free or Die Hard, Planet of the Apes and Armageddon. And he’s apparently not content with his spot at #91, because he’s currently filming a role in the upcoming film The Dark Knight Rises.