Barring fictional characters, a slave named Tituba is America's most famous "witch." She was there at Ground Zero in the case of the Salem Witch Trials of 1692. But because she was a slave, her documented biography is sparse compared to other accused witches of Salem.

Samuel Parris returned to Boston from his inherited sugar plantation in Barbados with three slaves, Tituba, John, and an unnamed boy, in 1680. Since this is the first mention of Tituba in the historical record, it is assumed that she was acquired in Barbados, and was somewhere between 12 and 18 years old. Parris was neither married nor a minister then. Parris married in Boston, and the family moved to Salem Village in 1689 so that Samuel could take the position of minister. Tituba and John were married at about that time. Both were referred to in later court documents as having the last name "Indian," which was a convenient and descriptive appendage for the two slaves who had no given surname. Tituba was described as an Indian slave in contemporary documents. At least one historian traced Tituba from the Arawak people of what is now Venezuela, and wrote that she was kidnapped and sold into slavery in the Caribbean as a child. 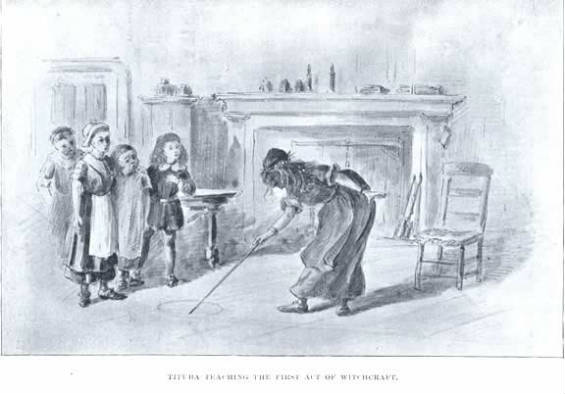 Tituba was working in the home of the Reverend Samuel Parris and family when the middle child, 9-year-old Elizabeth (called Betty) and her cousin, 11-year-old Abigail Williams, suffered a series of fits, possibly convulsions. The two girls were soon joined by their young friends Ann Putnam and Elizabeth Hubbard, who also exhibited strange fits, visions, and unexplained behavior. No medical reason could be found for the fits (although poisoning through contaminated rye flour has been posited as a possible cause), so the local doctor suggested there might be a supernatural basis for their suffering. One of the girls admitted to the practice of fortune-telling, which immediately threw suspicion on Tituba. However, there is no evidence in contemporary documents that Tituba actually taught the practice to the girls. The four girls named Tituba as one of their oppressors, along with Sarah Good, a mentally ill beggar, and Sarah Osborn, a widow in poor health who was in a dispute with the Putnam family. Once the accusations were leveled, Tituba confessed to all sorts of demonic sins: signing the "Devil's book," flying on a pole, seeing supernatural animals, attacking the girls.

But even though her background is what drew suspicion, none of her confessions were of practices related to the Caribbean, Africa, or voodoo. One bit of "witchcraft" that can be linked to Tituba is the "witch cake." When Dr. Griggs could not make a diagnosis of the girl's symptoms, Tituba supposedly made a cake using the urine of the afflicted girls baked into rye. The cake was then fed to a dog to see if its behavior changed. This scheme was reportedly carried out on February 25th of 1692, but how the dog reacted was not recorded. It certainly focused more suspicion on Tituba as the witch behind the girls' affliction (by then several more young girls were exhibiting the manifestations). But Tituba didn't come up with the idea or the recipe; it was suggested by a neighbor named Mary Sibley. (Parris later called Mary Sibley out in church about her part in the scheme; she promptly apologized for her error and was forgiven.) 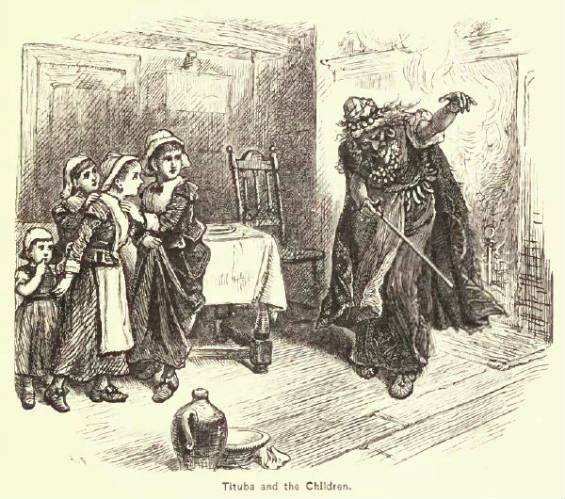 When Rev. Parris heard about the witch cake, he became enraged and beat Tituba. Confronted with evidence of Tituba's supernatural dabbling, he ordered her to confess to being in league with the devil. Eventually, Tituba began confessing to the most outlandish dealings with demons and animals. Modern consensus is that she confessed to make the beatings stop. And once the beating stopped, Tituba agreed to pretty much anything that was suggested to her, and even began to accuse other women of witchcraft, beginning with Sarah Good and Sarah Osborn, who had already been named by the afflicted young girls. 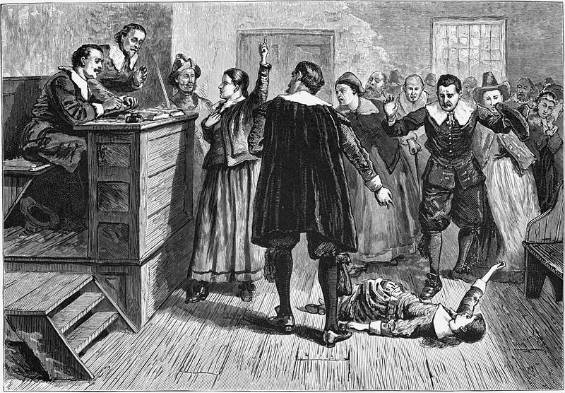 An arrest warrant was issued for Tituba and the other two women on February 29th. From that point, accusations and confessions flew thick and fast, as Salem residents tried to deflect guilt from themselves while passing judgment on those they had problems with. Before the trials were over in the fall of 1692, twenty people had been executed for witchcraft (plus two dogs, as accomplices). A couple hundred people were imprisoned, and five had died while in prison that year, including Sarah Osborn. Sarah Good, the third of those originally accused, was convicted and hanged. Both Sarahs refused to confess to the bitter end. 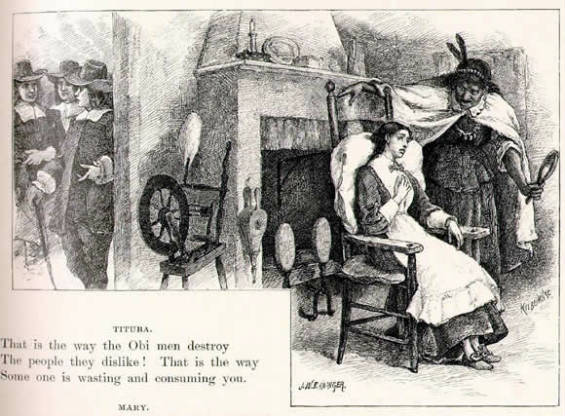 Over the past 150 years or so, the popular image of Tituba was that she was actually a slave of African descent. There have been several reasons for this shift in thought: Tituba's assumed dabbling in witchcraft, thought by some to be a form of voodoo; her supposed origin in Barbados; and the racial politics of the 19th century, a period in which quite a few fictional and semi-fictional accounts were written of the Salem Witch Trials. The designation of Tituba as black is often explained by stating that the Puritans didn't distinguish the different racial backgrounds of slaves, so her description as "Indian" could have meant anything. But that statement doesn't make much sense. The Puritans did distinguish the different races of their slaves. The unnamed boy who traveled to Boston with Tituba and John Indian was described as "Negro" in contemporary documents (he died before the trials). Another slave accused of witchcraft, Mary Black, was described as a Negro as well -- and she had a conveniently-bestowed last name, just like Tituba Indian.

But what happened to Tituba? Because she confessed, Tituba never went to trial. She sat in prison as the other witchcraft trials went on in Salem. In the fall, when public opinion turned away from accusations of witchcraft, Tituba recanted her testimony. She stayed in prison for 13 months because Rev. Parris, angered that Tituba changed her earlier confession, refused to pay the necessary fees to free her. A similar fate befell the other two slaves who were accused of witchcraft in Salem. Mary Black steadfastly maintained her innocence, while the slave called Candy readily confessed. Yet the two, who spent some months in jail, were never brought to trial. The case against Mary Black was eventually dismissed, and Candy was pronounced not guilty. It is possible that the three slaves were considered unimportant, as they had no actual power in the community, owned no property that could be seized, and had little opportunity to make enemies. No one bothered to complain about the disposition of their cases. 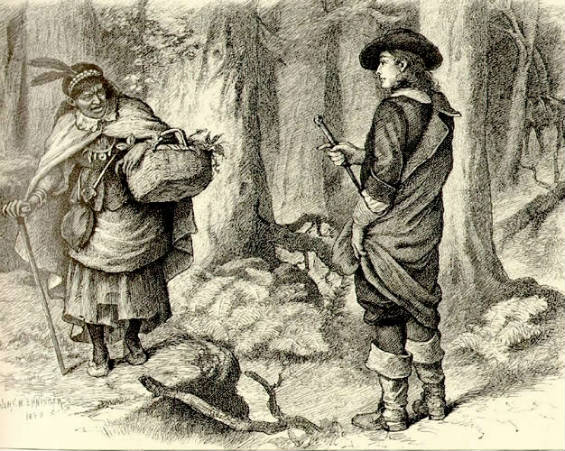 Eventually, a person whose name was not recorded redeemed Tituba from prison (essentially buying her) and took her away from Salem. It is thought that the same person bought John Indian as well. John and Tituba had a daughter named Violet who stayed with the Parris family until at least 1720, when Samuel Parris died. After being taken from prison (the word "freed" is not appropriate here), Tituba was never heard from again. Many factors came together to cause the witch hysteria of 1692 in Massachusetts: local religious and political tensions, greed, fear and desperation, an imbalance of power, and in the case of the adolescents who started it all, possible illness, hormones, and rebelliousness that got out of hand. In the end, Tituba was shown to be no witch, just a poor, unfortunate soul who happened to be in the wrong place at the wrong time.