Nestled between Illinois, Ohio, Kentucky, and Michigan is Indiana, the Midwestern state known for racing, inspirational sports stories, and corn. But as its residents will tell you, there is a lot more to the Hoosier State than Rudy. Here are 25 things you should probably know about Indiana.

1. The people of Indiana are called “Hoosiers” and the state itself is often called "The Hoosier State," but no one seems to know what a Hoosier is. The Indiana Historical Society notes that a letter from 1827 is one of the earliest known uses of the word, and in the 1830s, poet John Finley wrote a popular poem called “Hoosher’s Nest,” which was published in the Indianapolis Journal. There are many theories about the origin of the name, but most of them have been disproved.

2. The name “Indiana” means “Land of the Indians,” or “Indian Land.” It was named for the native people that gave the land to white settlers as restitution for raids on a Philadelphia trading company.
3. December 11 is Indiana Day. Adopted in 1925, it is the anniversary of Indiana’s statehood. It is not a paid holiday, but Hoosiers do participate in museum-based events, and there is an annual essay contest for fourth graders.

4. The official state motto is “Crossroads of America.” It began as a nickname for Indianapolis because of the point where several interstates cross in the city, and it was later adopted by the state in 1937. 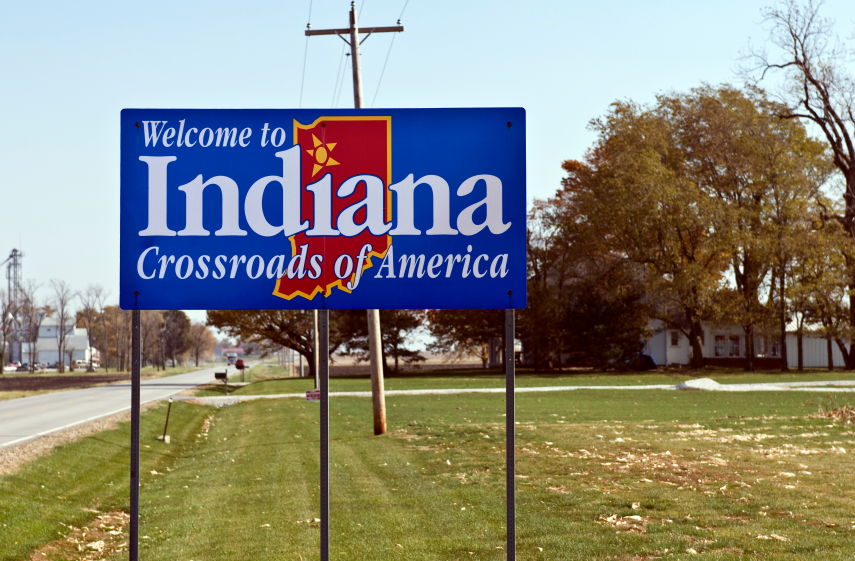 5. The Indiana state flag was designed by a resident of Mooresville as a part of a design contest held for the state’s centennial celebration. The torch is a symbol for liberty and enlightenment, the rays are said to represent Indiana’s “far-reaching influence,” and there are 19 stars because Indiana was the 19th state to join the Union.

6. Christmas lives in Indiana year round. In 1856, the town of Sante Fe (pronounced fee) changed its name to Santa Claus so that they could open their own post office (another town had already claimed Santa Fe). Most of the businesses and streets have Christmas-themed names, and there are statues of the jolly gift-giver all over town. The Santa Claus post office receives an estimated 400,000 letters from children around Christmastime every year.

7. “America’s oldest magazine,” The Saturday Evening Post, is headquartered in Indianapolis. The magazine is probably best known for its iconic covers, 323 of which were painted by Norman Rockwell over the course of five decades.

8. Indiana bred Vice Presidents in the late 19th to early 20th century. An unofficial nickname for the state was “Mother of Vice Presidents,” because in 10 of the 13 elections between 1868 and 1916, there was a man from Indiana on the ballot.

9. The capital was moved from Vincennes to Corydon in 1813, when Indiana was still a territory. It became a state three years later, and Corydon remained the capital until it was moved again in 1825 to Indianapolis.

10. There's truth to the state's corny reputation. In 2014, farmers in Indiana planted 91,000 acres of corn for popcorn and harvested 90,000 of it, which was an increase of 10,000 acres from the previous year. An estimated 20% of the country’s popcorn supply comes from those crops. 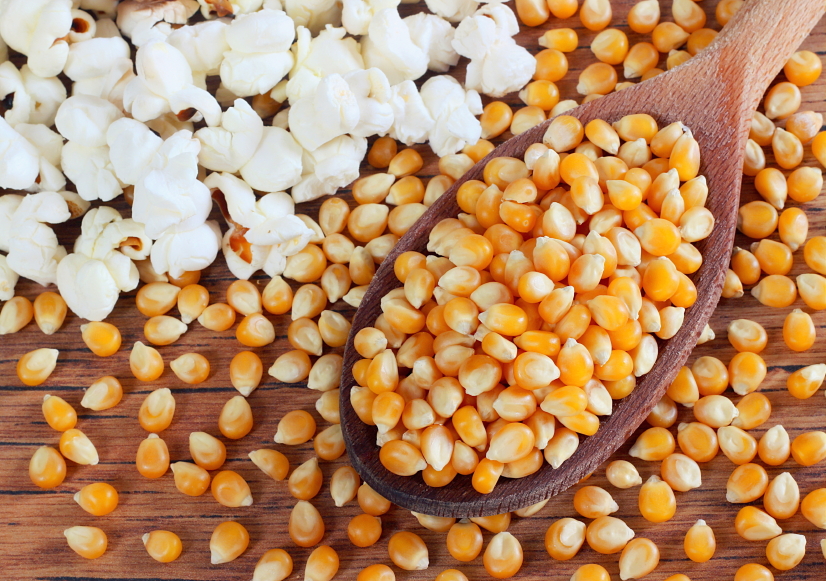 11. There is no Eerie, Indiana, and no Pawnee, Indiana, either (despite the super official-looking city website).

12. A Christmas Story (1983) is set in Hammond, Indiana, the hometown of Jean Shepherd, the author who wrote the book on which it was based, In God We Trust: All Others Pay Cash. There are several references to the town and surrounding areas, but Hoosiers have to travel east to Cleveland, Ohio to visit Ralphie’s iconic home, which is now a museum.

13. A lot of famous performers and entertainers were born in Indiana. Janet Jackson, Michael Jackson, and the rest of the Jackson 5 were born and raised in northwestern Indiana, but they weren't the only ones. Kenneth "Babyface" Edmonds, Freddie Hubbard, Adam Lambert, John Mellencamp, David Lee Roth, Axl Rose, Izzy Stradlin, Deniece Williams, Scatman Crothers, and numerous other rock, jazz, and blues performers were born in the state. Comedians Red Skelton, Mike Epps, David Letterman, and Jim Gaffigan, and actors Florence Henderson, Shelley Long, and James Dean were also Hoosiers.

14. The home where Michael Jackson and the rest of the Jackson family grew up is still standing in Gary, Indiana. Located at 2300 Jackson Street, the home (and the rest of the block) has been renovated since The King of Pop’s death in 2009, and a memorial statue has been erected in the front yard of the property in his honor. 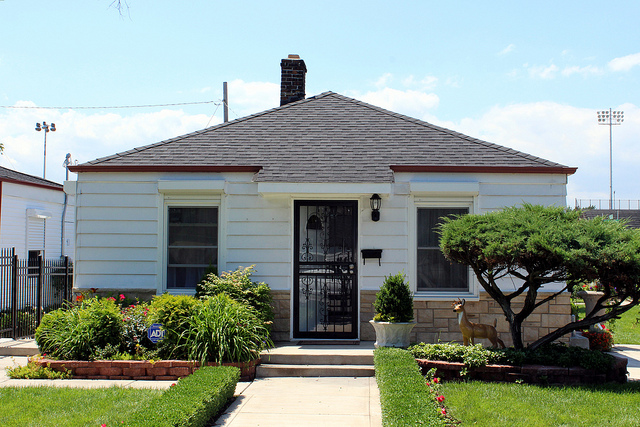 15. Colonel Sanders was from Indiana, not Kentucky. The American businessman, Colonel Harland David Sanders, was born in the small town of Henryville. After an honorary discharge from the United States Army, Sanders moved to Alabama, then Tennessee, then back to Indiana before finally landing in Kentucky, where he bought an old roadside motel and began selling fried chicken.

16. The Reno Brothers gang made crime history on October 6, 1866, when they became the first robbers to knock off a moving train in Jackson County, Indiana. Before then, trains were robbed while they sat in stations, which carried a higher risk of being caught by the law. The gang made off with $10,000, which is around $260,000 when adjusted for inflation.

17. There are nearly 100 historic covered bridges in the state of Indiana. In the 1800s, there were over 10,000 covered bridges built across America, but only around 800 still exist. Pennsylvania has the most (approximately 224), but Parke County, Indiana is known as the “Covered Bridge Capital” with a total of 31 within its 450 square miles. 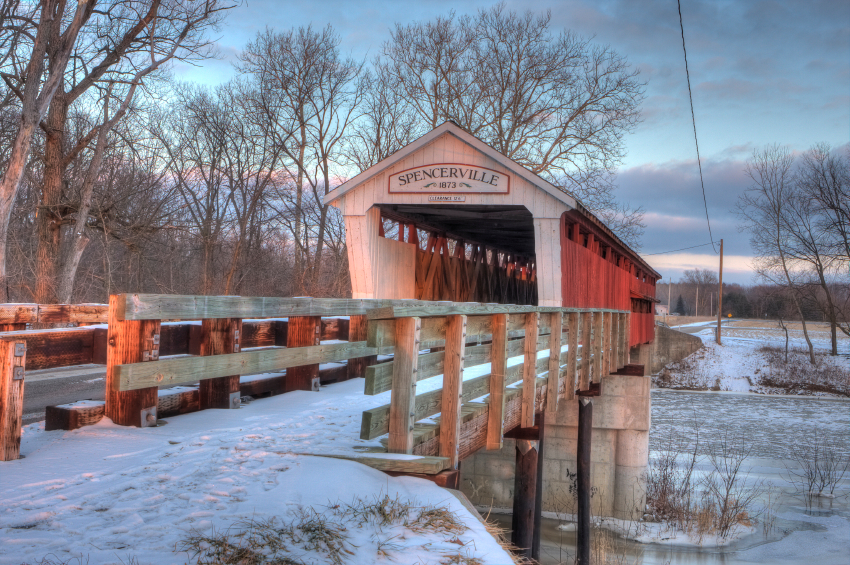 18. It’s where Johnny Appleseed is buried. The man who inspired the American folktale, John Chapman, died in Fort Wayne, Indiana, in 1845. There is a marked grave in what is now known as Johnny Appleseed Park (formerly Archer Cemetery), but there are some who contest the location and say that Chapman was actually buried on the other side of the St. Joseph River.

19. Indiana is home to the world’s largest Batman memorabilia collection. Kevin Silva of Indianapolis began collecting at age five and has since collected his way into the Guinness Book of World Records with over 2500 Gotham City souvenirs. His personal batcave boasts everything from gumball machines, signed posters, replica costumes and themed underwear to lots of vintage and new toys.

20. Garfield (the cat, not the President) lives in Muncie, Indiana. mental_floss sat down with creator Jim Davis last year to talk about the iconic cat and he explained why the town is, for the most part, not explicitly mentioned in the comic strip:

“I would like for readers in Sydney, Australia to think that Garfield lives next door ... Garfield is very universal. By virtue of being a cat, really, he’s not really male or female or any particular race or nationality, young or old. It gives me a lot more latitude for the humor for the situations.”

21. There is a road in Amity, Indiana, with a gravesite right in the middle of it. In 1831, Nancy Kerlin Barnett (whose husband was a descendant of Pocahontas and John Rolfe) was buried on a hill that overlooked Sugar Creek. Others graves were established in the area, but plans to build a road through the site meant that the bodies would have to be moved. Barnett’s grandson guarded her grave with a shotgun while the others were moved, and the county officials eventually agreed to leave it be, building the road around the plot. The concrete slab protecting the grave and historical marker were added later.
22. Indiana’s racing legacy runs deep. The Indianapolis Motor Speedway opened in 1909, and the first race held before construction on the oval was completed was between helium gas-filled balloons. The Indy 500 has been called the largest single-day sporting event in the world in terms of attendance, with an estimated 350,000 spectators flocking to the stadium in Speedway, Indiana, every year for the 200-lap Memorial Day weekend race.

23. On March 25, 1995, the deadliest tornado in United States history struck Indiana, Illinois, and Missouri. The category F-5 “Tri-State Tornado” traveled 300 miles, claimed 695 lives, and injured over 2000 others.
24. The first professional baseball league game was played in Fort Wayne, Indiana, in 1871. The National Association of Professional Base Ball Players season kicked off with a match between the Fort Wayne Kekiongas and the Cleveland Forest Cities. The Kekiongas won 2 to 0 in front of a crowd of 200 people.

25. The first city in the United States to use electric street lights was Wabash, Indiana, in 1880. The population at the time was 320, but an estimated 10,000 people showed up to witness the lighting of the lamps for the first time.